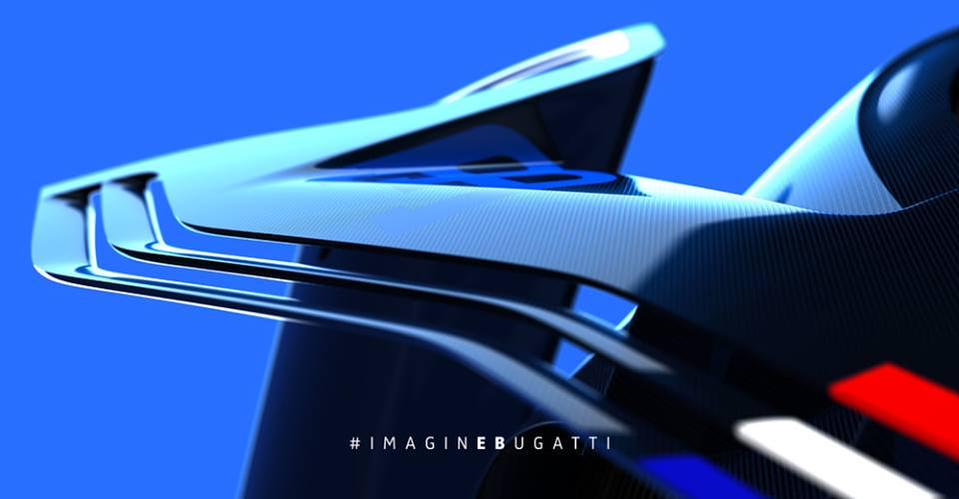 More teaser images of the Bugatti Vision Gran Turismo have been released, this time showing what looks to be a dramatic rear wing and racy front spoiler. 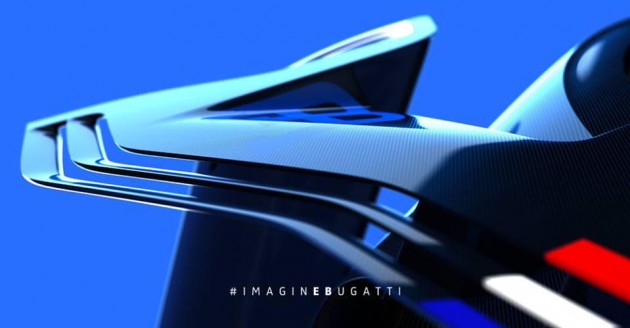 Bugatti is one of the last car brands to take on the ‘Vision Gran Turismo’ trend, announcing last week that the concept will not only be a car for Gran Turismo fans, it will also preview the company’s future design direction.

No further details have been revealed at this stage, only these images which show the rear wing and the front splitter. The rear wing features intricate fins on the main surface and it looks like the French flag colours will be used to dress it up, while the front spoiler uses a deep carbon fibre chin with a central pillar and side winglets.

As for what will power the concept car? It’s anyone’s guess. On the company’s Twitter page it simply says “Every idea is questioned. Every detail is considered”. Knowing Bugatti it will likely be an extremely high-powered combination of turbochargers and possibly electric motors.

Bugatti will unveil the car at the Frankfurt Motor Show on September 15. It will soon be available as a play car in the Sony PlayStation game, Gran Turismo 6. More images and teasers are expected. 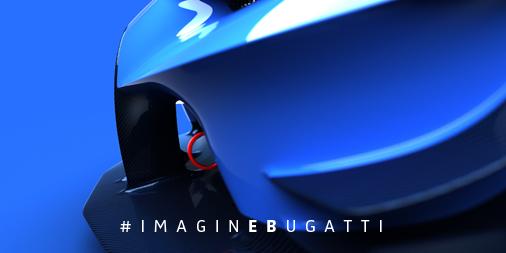