It’s been a turbulent week for high speed supercars. Well, at least the highest speed supercars. It’s now been announced the Bugatti Veyron Super Sport is yet again, officially, according to Guinness Records, the fastest car in the world. 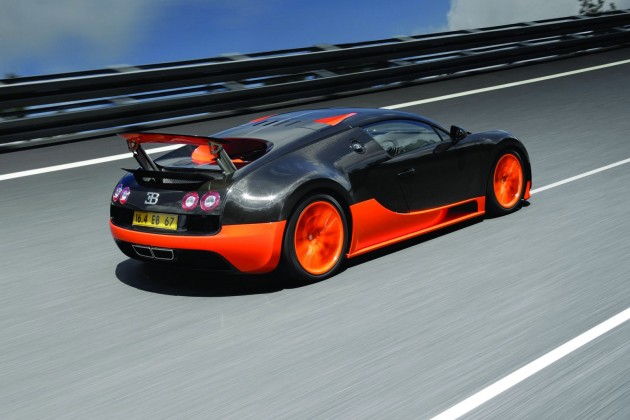 It was discovered last week that the Veyron Bugatti used to post the world’s highest top speed for a production car was in fact slightly modified. The speed limiter of 415km/h was actually removed for the test and was thus, according to Guinness, breaching the rules.

This left the door open for the next fastest car to take up the crown, the SSC Ulimate Aero, as reported on last Friday. It previously recorded a top speed of 412km/h.

The tables have turned once again. We’re not entirely sure how Bugatti twisted Guinness’s arm, but it has now been announced that the mighty Veyron Super Sport is once again the fastest car.

Guinness recently said that “a change to the speed limiter does not alter the fundamental design of the car or its engine”, meaning, the car is still a factory vehicle and the record of 431k/h is back in place. Guinness said in a statement,

“Following a thorough review conducted with a number of external experts, Guinness World Records is pleased to announce the confirmation of Bugatti’s record of fastest production car achieved by the Veyron 16.4 Super Sport.

“The focus of the review was with respect to what may constitute a modification to a car’s standard specification. Having evaluated all the necessary information, Guinness World Records is now satisfied that a change to the speed limiter does not alter the fundamental design of the car or its engine.”

So there you have it, the king is back in its chair. We’re still waiting for the Hennessey Venom GT to creep up from behind and potentially blow all of them out of the water.