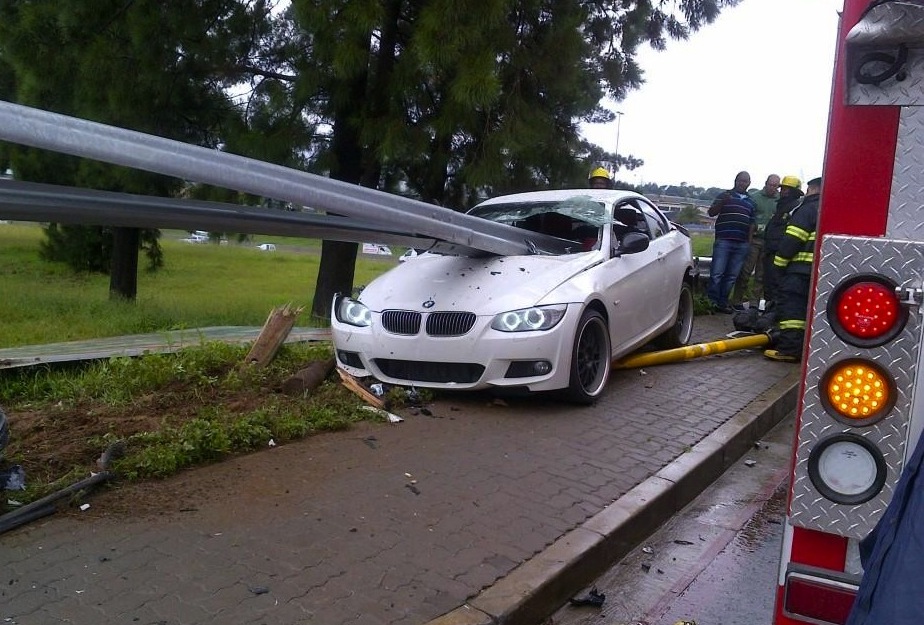 A driver is lucky to be alive after a freak car accident in Johannesburg, South Africa, involving a BMW 335i coupe and a large guard rail. The rail ended up spearing through the centre of the car. 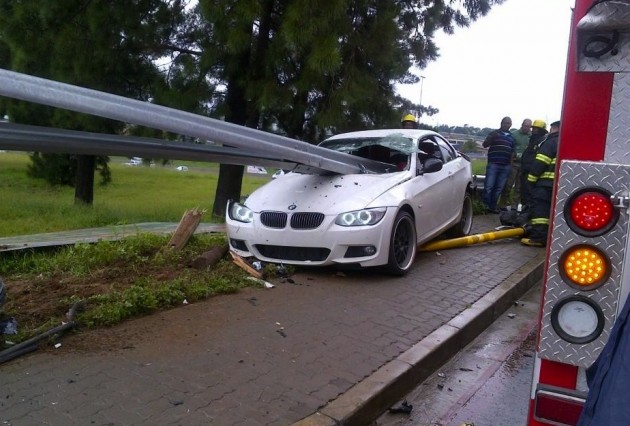 It’s scary just to look at the aftermath, with the guard rail literally penetrating through the entire length of the car.

Specific details on the crash are unknown at this stage, but it’s believed the driver was travelling at high speed just before the crash, only to lose control on a bend in wet conditions. 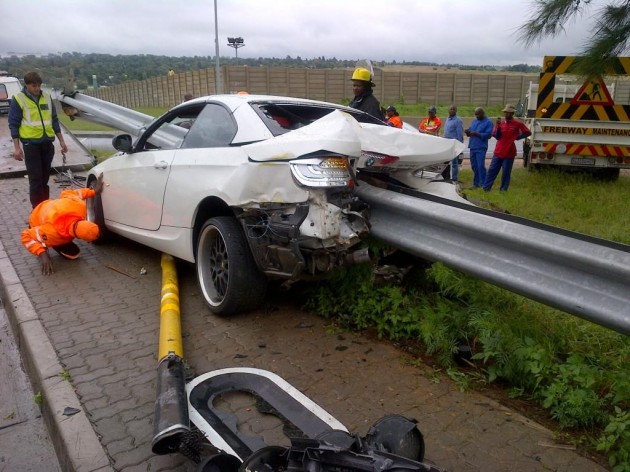 As you can see, the car must have hit the guard rail while hurtling backwards. Amazingly, the driver was not seriously injured according to reports, even with the rail going straight through the middle of the car.