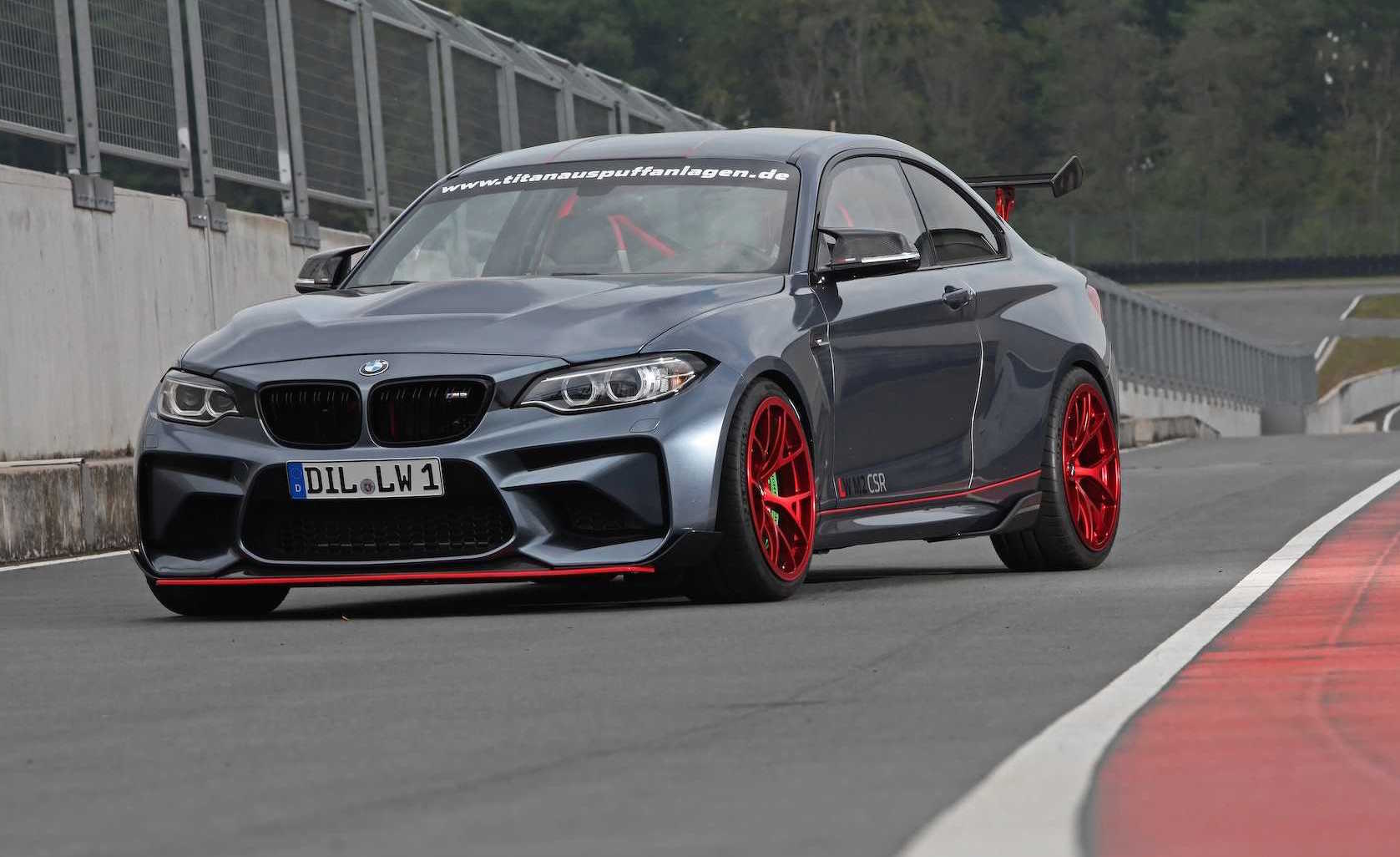 BMW may be working on a more focused, faster M2 ‘CS’ version, with over 300kW and some suspension upgrades, but we might not see that car until 2018. If you have an insatiable hunger for power and not enough patience to wait that long, Germany’s Lightweight Performance will sort you out thoroughly. 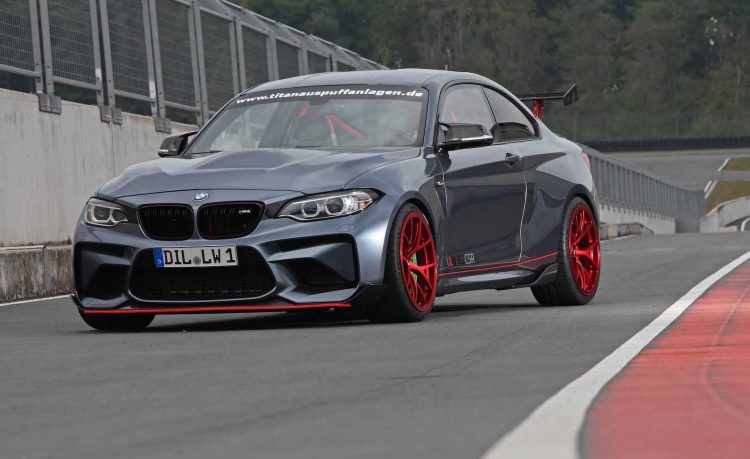 The tuning company has taken an M2 and ripped out its original motor, putting in its place the S55 unit from the M3 and M4, as well as tuning it up. Called the M2 CSR, engine mods take power up to 456kW and 767Nm, which is substantially more than the 317kW/550Nm stock engine, let alone the 270kW M2.

It sees the lighter car catapult to 328km/h with ease, dispatching 0-100km/h in around 3.0 seconds. Six-speed manual or seven-speed M-DCT are both available.

The M2 CSR is an astonishing 195kg lighter than the regular M2, which is a solid weight loss number that would make Porsche GT3’s, Ferrari Speciales and even the BMW M3 CSL jealous. This has come about through extensive use of carbon fibre and a partially stripped out interior.

It can be distinguished via a more aggressive aero kit too, including a huge rear wing and race-like front lip, and lots of red appointments, including anodised wheels and roll cage. Pricing has not yet been revealed but don’t expect it to be cheap.