Consider your mind blown. Imagine if Suzuki made a dual-cab pickup/ute version of the Jimny. Well, so we don’t have to strain our tired little brains, somebody has done the honours of doing the imagining for us. 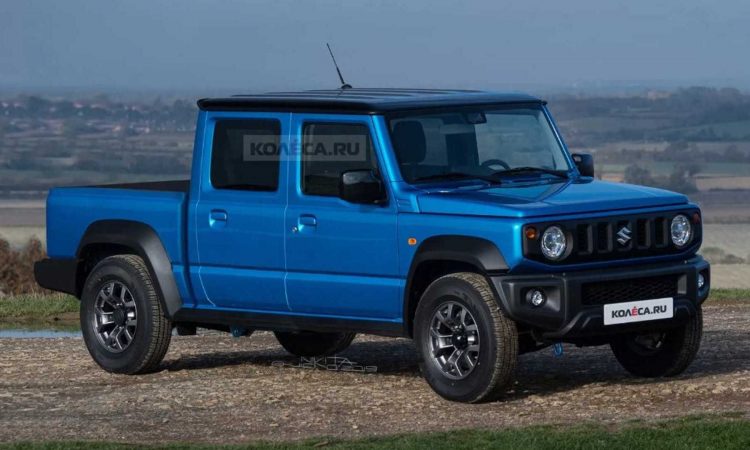 These digital renderings come from Russian website Kolesa and they depict a very interesting body style for the hugely intriguing new Jimny. The renderings look so well matched with the Jimmy’s natural design, that it almost looks like a legitimate production vehicle.

The rectangular rear doors and the design of the box tray section, and how it meets up with the cabin; it all looks perfect to us. And we’re sure if Suzuki made it, there would be loads of customers pouring into dealerships to put their name on one. 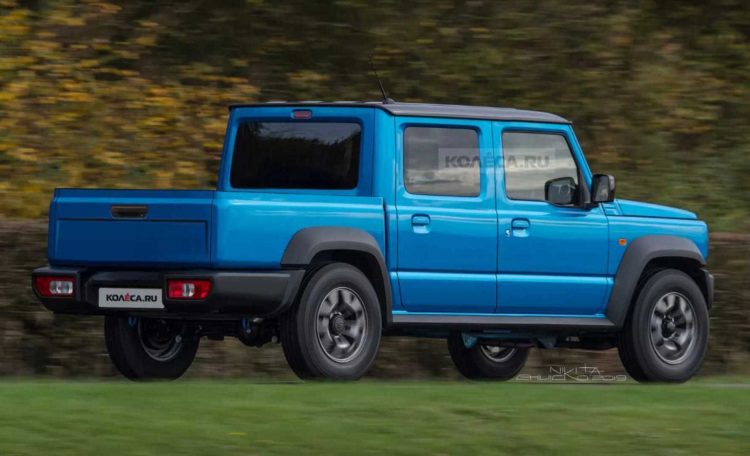 Unfortunately, Suzuki has not formally announced any plans to introduce a pickup version of the Jimny any time soon. However, it did show us a Jimny Sierra Pick Up Style concept last year (below), showcasing a rugged, single-cab theme. Perhaps there is hope for something like that instead? 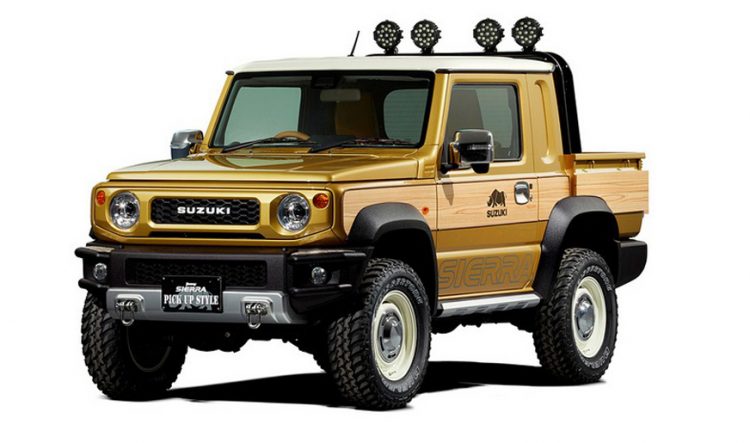 Since this is just a pipe dream, we’d envision the dual-cab Jimny as featuring the 1.0-litre turbo three-cylinder engine from the Suzuki Baleno and Swift GLX. In those the unit produces 82kW and 160Nm. It might not seem like much, but it’s a decent hit more than the standard 1.5-litre Jimny engine which develops 75kW and 130Nm. The higher torque figure in particular would be nicely suited to a workhorse we reckon.

It doesn’t really matter what we reckon, though. What do you reckon? If there is a big enough demand for such a vehicle, who knows, Suzuki might consider it. Let’s keep our fingers crossed.