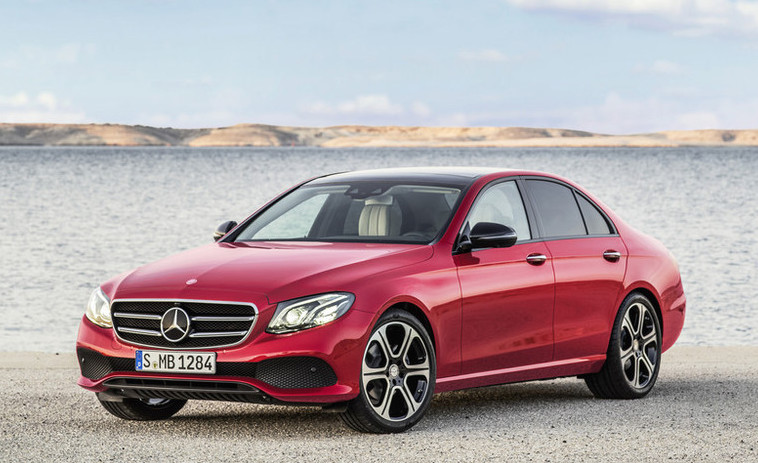 Images of the all-new 2016 Mercedes-Benz E-Class have surfaced online, revealing the new luxury sedan for the first time. 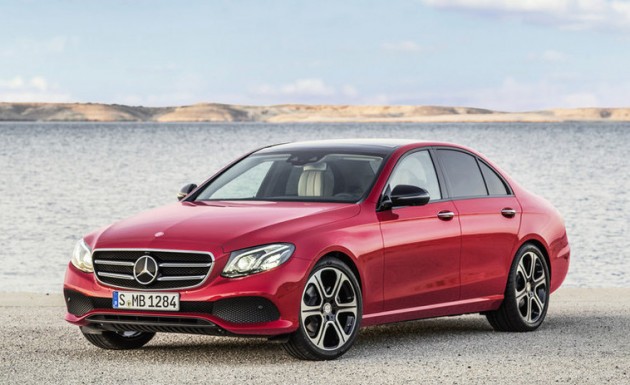 It isn’t set to debut until the North American International Auto Show later this month, but it seems official images have made their way into the wrong hands and been posted online.

As we know, the 2016 E-Class is going for a very similar design language as the latest C-Class. It incorporates a more pronounced two-tier front grille, beady headlights, and a curvier rear end with LED taillights.

It’s understood the sedan is more aerodynamic than the outgoing version, recording a coefficient drag of just 0.23. It’s also set to be slightly larger in most dimensions, opening up more cabin space.

As for the interior, it has also been given a major makeover as previously revealed. There’s a variety of higher quality materials and surfaces, a massive flat-screen panel infusing dual LCD screens for the dash, and a chunky new centre console.

Specifications and finer details are yet to be revealed, but with these official images surfacing we expect Mercedes to release details at any moment now. The company might even go for an online reveal before the Detroit show.

In terms of engine options, it is likely to be offered with a range of turbo-diesel and turbo-petrol units, a higher-powered turbocharged V6 for the E 400, and of course a V8 for the AMG model. A hybrid is also set to be on the way. Stay tuned for all the details.