Ahead of its November debut, Ford Australia has just released its pricing structure for the upcoming 2015 Ford Falcon. Price cuts are across the board for all Falcon models, starting with the Falcon sedan 4.0-litre petrol from $35,900. 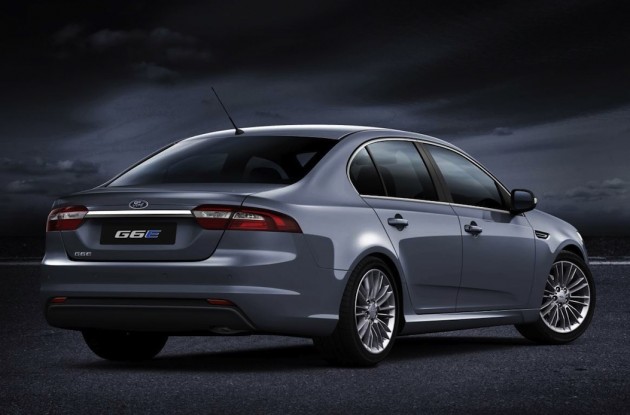 EcoLPi variants of the Falcon and Falcon XR6 sedan is available for $2500 over the price of the normally-aspirated 4.0-litre models. Buyers can also chose the 2.0-litre turbocharged four-cylinder EcoBoost engine on Falcon and Falcon G6E at no extra cost in place of the 4.0litre petrol unit.

The Ford Ute will now come with six-speed automatic as standard, with manual buyers having to sort after the XR6 model (auto $2200 extra).

All 2015 Falcon sedans come with front and rear parking sensors, as well as a rear-view camera. The Falcon also benefits from Ford’s SYNC2 with emergency assistance, Wi-Fi hotspot, and digital radio.

The new price cuts are definitely welcomed as is the added technology and updates across all 2015 Ford Falcon models.

“We have had an overwhelmingly positive response to the styling and technology of the 2014 Falcon. Now we bring a very compelling price for customers looking for a large sedan, particularly the G6E Turbo and our XR Series.”

“Falcon is also the only Australian made large sedan that gives customers the choice of EcoBoost technology, six-cylinder performance or V8 sportiness. No other local carmaker can make that claim. Customers are able to choose between EcoLPi and turbo variants.”

“This is the best-ever Falcon, introducing new smart technologies like SYNC2 with Emergency Assistance across the range.”

Pricing for the Falcon XR8 is still yet to be announced.