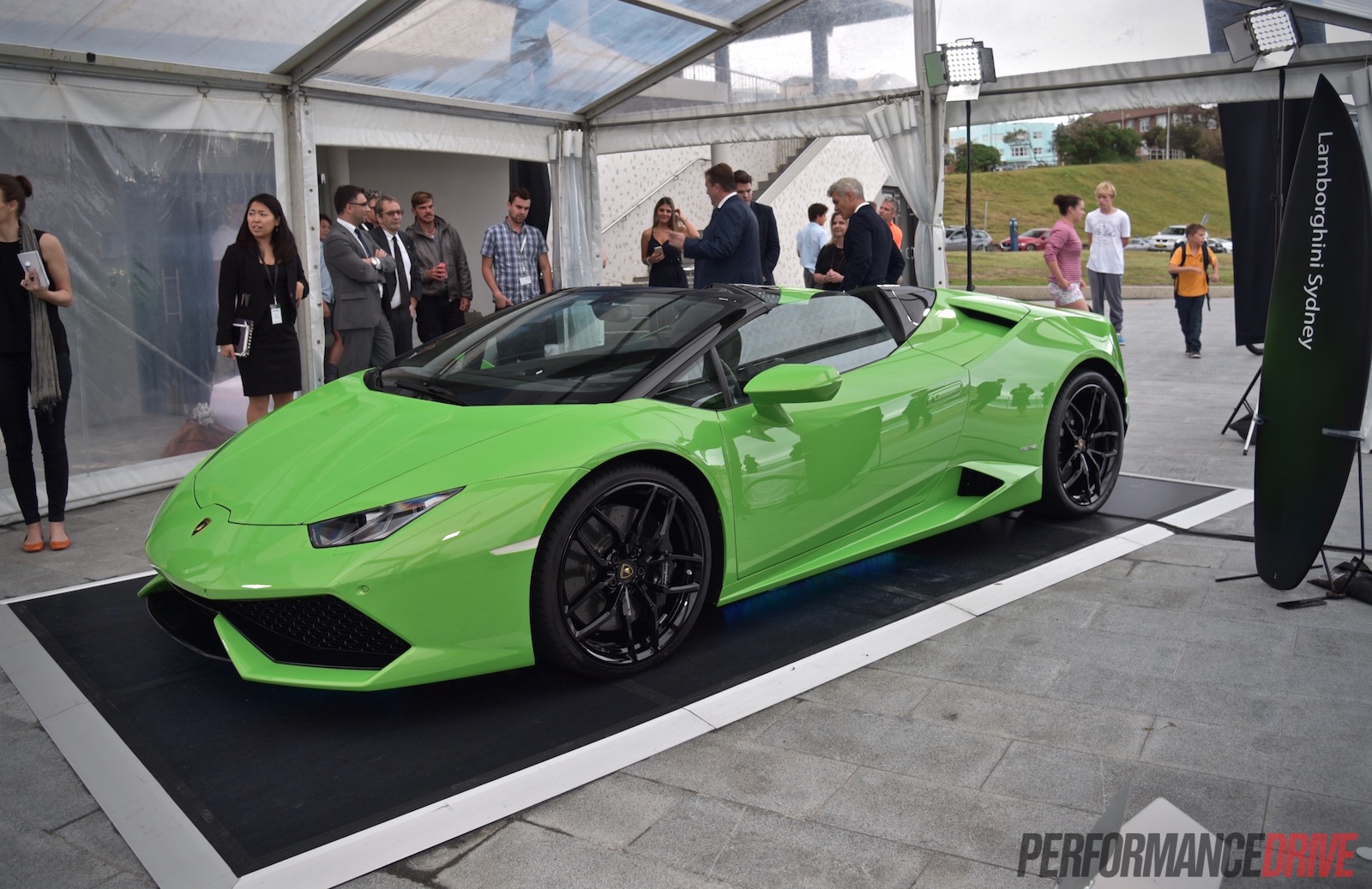 The stunning Lamborghini Huracan Spyder made its Australian debut at the iconic Bondi Beach today, and although the weather wasn’t ideal for a drop-top, the Italian supercar was certainly the star attraction at the famous beach. 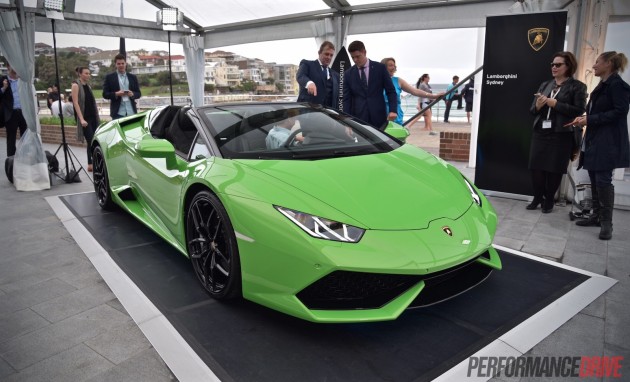 Lamborghini only unveiled the new drop-top version of the Huracan at the 2015 Frankfurt Motor Show in September. However, Lamborghini headquarters sees Australia as quite an important market, so much so that it sent an example over around six months before deliveries are scheduled to commence here. It is the only example currently in the country and one of only a few that have been built so far.

Like the coupe version – see our track test here and road test here for more info – the new Huracan Spyder features a 5.2-litre naturally aspirated V10 masterpiece in the engine bay. It howls and crackles along its vocal range, while generating a maximum of 449kW of power and 560Nm of torque. 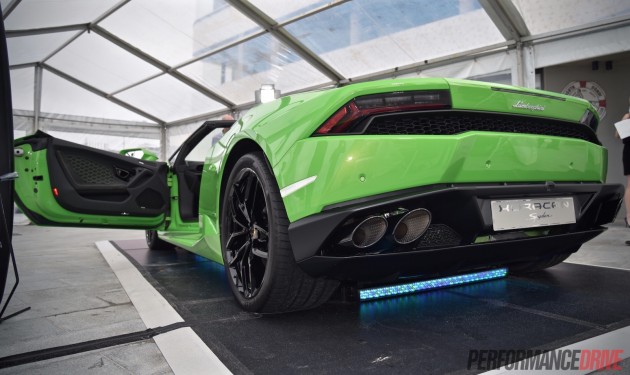 For those who know their vehicle engineering, convertibles are inherently less rigid and more prone to body flex during cornering compared with their fixed-roof counterparts, causing some detriment to handling precision and response. To get around this, the Huracan was designed from the onset as a convertible, with all important structural elements designed around having no roof. Suffice to say, the drop-top does weigh more than the coupe, with a weight of 1542kg versus 1474kg of the coupe. 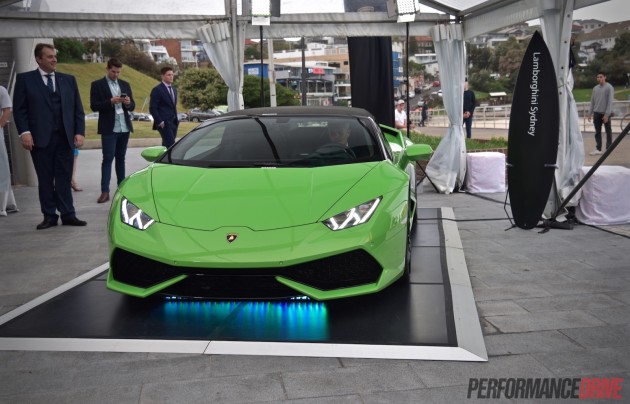 Seeing the Huracan in pictures online and so on just doesn’t do the design justice. You need to see it in the flesh. And in Spyder form, it is even more exquisite in our opinion. The sheer height, or lack of, makes it sit so low to the ground, and with the roof down, the top of the doors/car is almost at your knees.

Inside, buyers have the option to fully customise the cabin. In fact, there are around 30,000 different colour and trim combinations to select from. There’s also three colour options for the roof, of which takes 17 seconds to electronically retract. This left-hand drive example is painted in a rather retro and very Lamborghini-like Verde Mantis green, with matching stitching for the interior, and various gloss black highlights all around the car.

The new Huracan Spyder is priced from $470,800 (excluding on-road costs) in Australia, with deliveries set to commence some time during the second quarter of 2016. The Spyder is expected to continue Lamborghini’s growing popularity in the country, with sales so far this year (through October) standing at 84 units, some 250 per cent up on the same year-to-date period during 2014 (24 units).