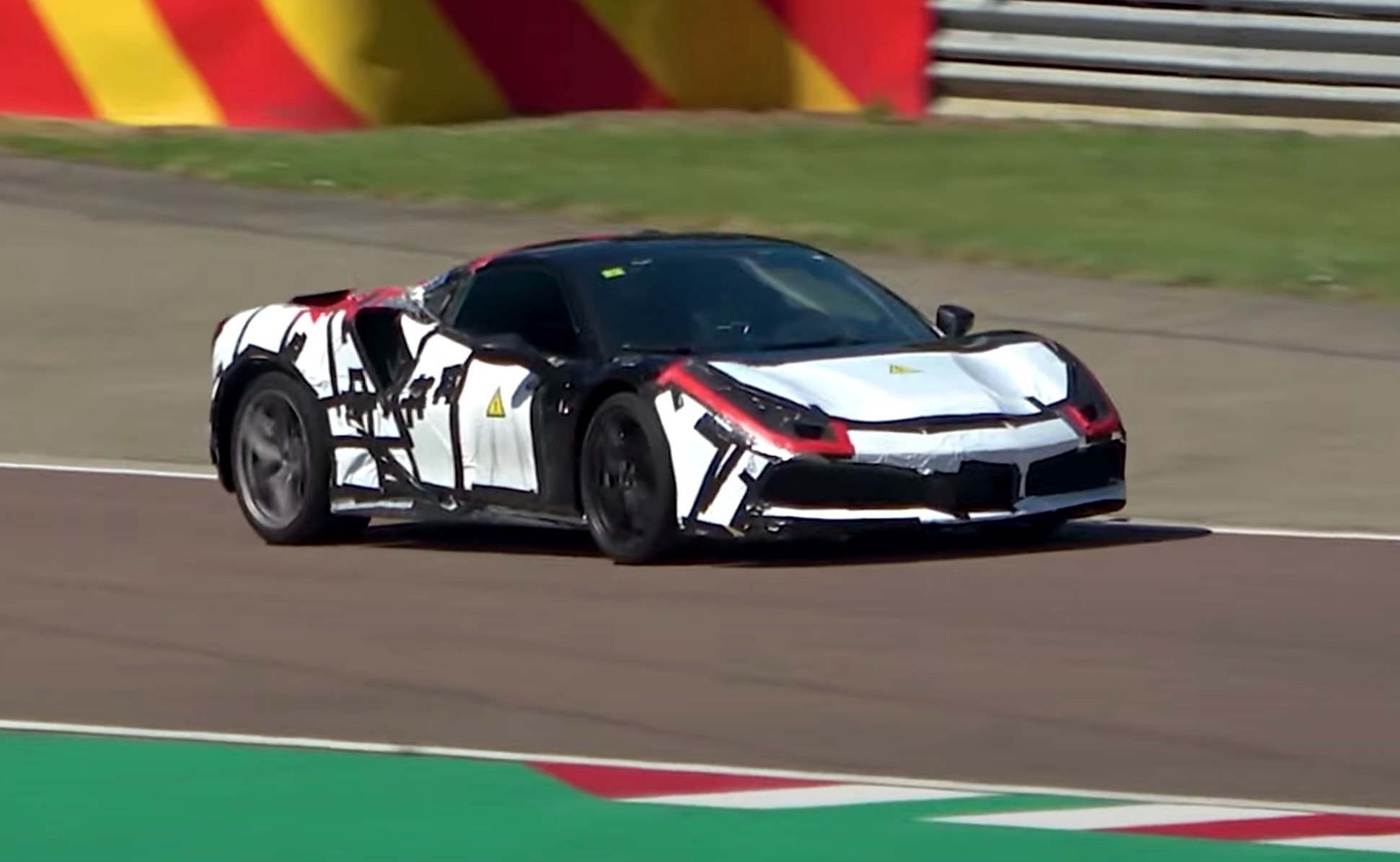 Ferrari has been spotted test driving what is believed to be a brand new V6 hybrid powertrain, using a test mule loosely based on the F8 Tributo. This could be the makings of the company’s next-gen staple engine. 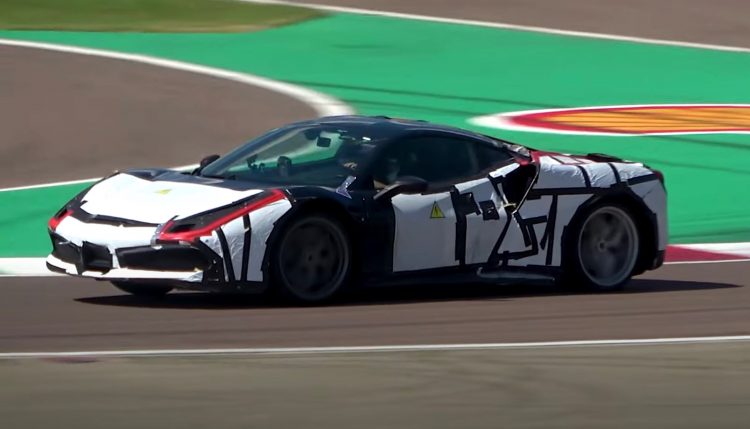 All manufacturers are having to go to certain lengths – some more drastic than others – to ensure their vehicles meet ever-tightening emissions regulations that are in place in certain market regions. In Australia, we don’t technically have a set law. Not like in Europe and the USA anyway.

But this means in order to stay competitive and to continue to operate as a business selling vehicles in popular markets, manufacturers have no choice but to introduce higher-tech engines that emit fewer pollutions. And that includes Ferrari. Ferrari has already introduced the LaFerrari hybrid and more recently the SF90.

The spy video below comes to us directly from Ferrari’s own test track in Fiorano, in northern Italy. Although the vehicle itself looks to be an F8 Tributo, there is every chance Ferrari is simply using the F8’s body – or parts of it – for testing purposes only. Elements of the lower front end actually look a bit different, for example.

Taking a listen to the engine’s sound, it does sound suspiciously like a six-cylinder. In a Ferrari kind of way, of course. It has the distinct scream but doesn’t quite seem as sonorous as a bent-eight. The gearshifts seem quite smooth as well, like there could be some electric motor assistance going on in between each shift. The warning stickers on the sides and bonnet confirm some kind of serious electrical system. 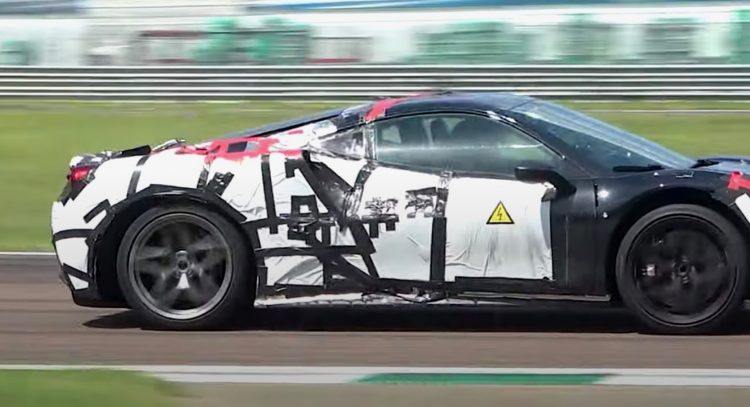 We’re searched around a bit to try and find further details, but nothing is official just yet. Speculation suggests Ferrari might be working on a new twin-turbo V6 hybrid, using some variation of the 2.9-litre twin-turbo V6 that’s found in the Alfa Romeo Giulia and Stelvio QV – itself, essentially a 3.9-litre twin-turbo V8 Ferrari engine with two cylinders removed.

With the combination, there have been mentions of around 515kW (700PS), which is similar to the F8’s 530Nm. However, the F8’s V8 develops 770Nm of torque, while an electric motor assisting a V6 could potentially produce even more than that.

Another mystery is where we should expect to see such a hybrid unit in the future. In the next-gen core model; the successor to the F8? Some rumours suggest Ferrari is also planning a new ‘Dino’ entry model. Either way, a hybrid will no doubt help Ferrari reduce its overall fleet emissions.

Since the prototype looks fairly covered up and concealed, we aren’t expecting an official debut for around 12 months. Check out the spy video below in the meantime for a preview, and feel free to tell us what you think it sounds like.