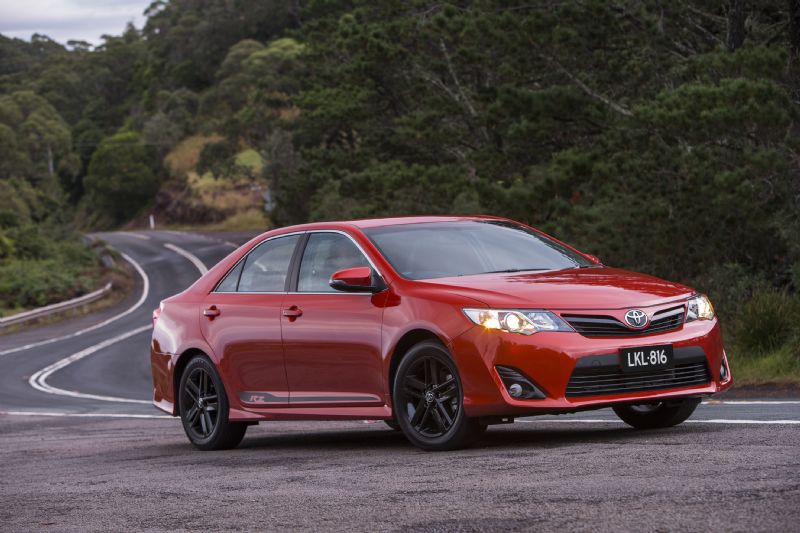 Following in the footsteps of the Corolla ZR and Aurion ZR, Toyota Australia is announcing the new Camry RZ. It sits between the entry-level Altise and the top-spec Atara, providing a range of sporty highlights. 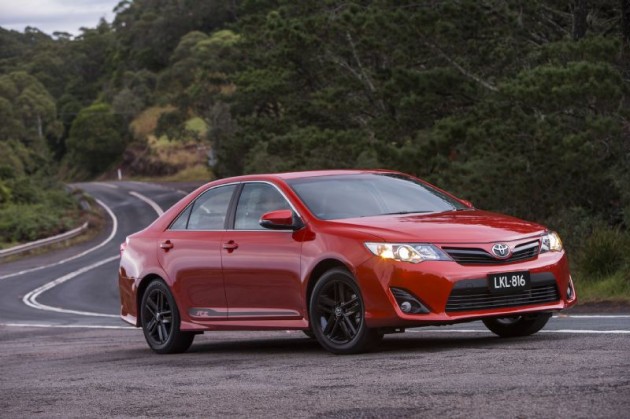 The new special edition helps celebrate Camry’s 31st year on the Australian market, and 21st consecutive year as the best-selling vehicle in its segment.

Starting with the design, Toyota has revised the front bumper bar with fog lights and black surrounds, sports headlights with darkened inserts, and a new grille with gloss black sections. Side skirts continue the theme with a new rear bumper bar and gloss black spoiler.

Toyota is offering the new variant in Inferno Orange paint which has previously never been offered on the Camry. The colour is perhaps most recognised on the Toyota 86 sports car. 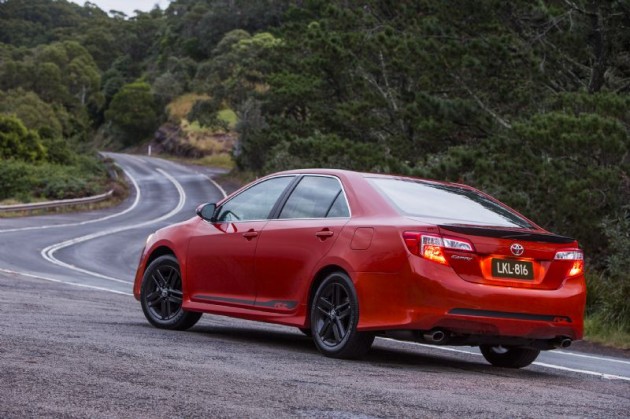 It’s not just about some visual treats though, underneath is a sports suspension setup taken from the Atara SX, gloss black 17-inch alloy wheels (including the spare), while the 2.5-litre four-cylinder engine features dual exhausts that lift power to 135kW (the regular Camry 2.5 produces 133kW). It consumes an average of 7.8L/100km.

Inside, the Camry RZ comes with a sporty interment cluster and a three-spoke premium steering wheel and gear shifter. On the floor are a set of unique Camry RZ mats, with RZ logos on the doors and rear bumper bar.

The special edition is on sale now with prices starting at $31,990. It comes with Toyota Service Advantage capped-price servicing for four years/75,000km and up to five services at $130 each.