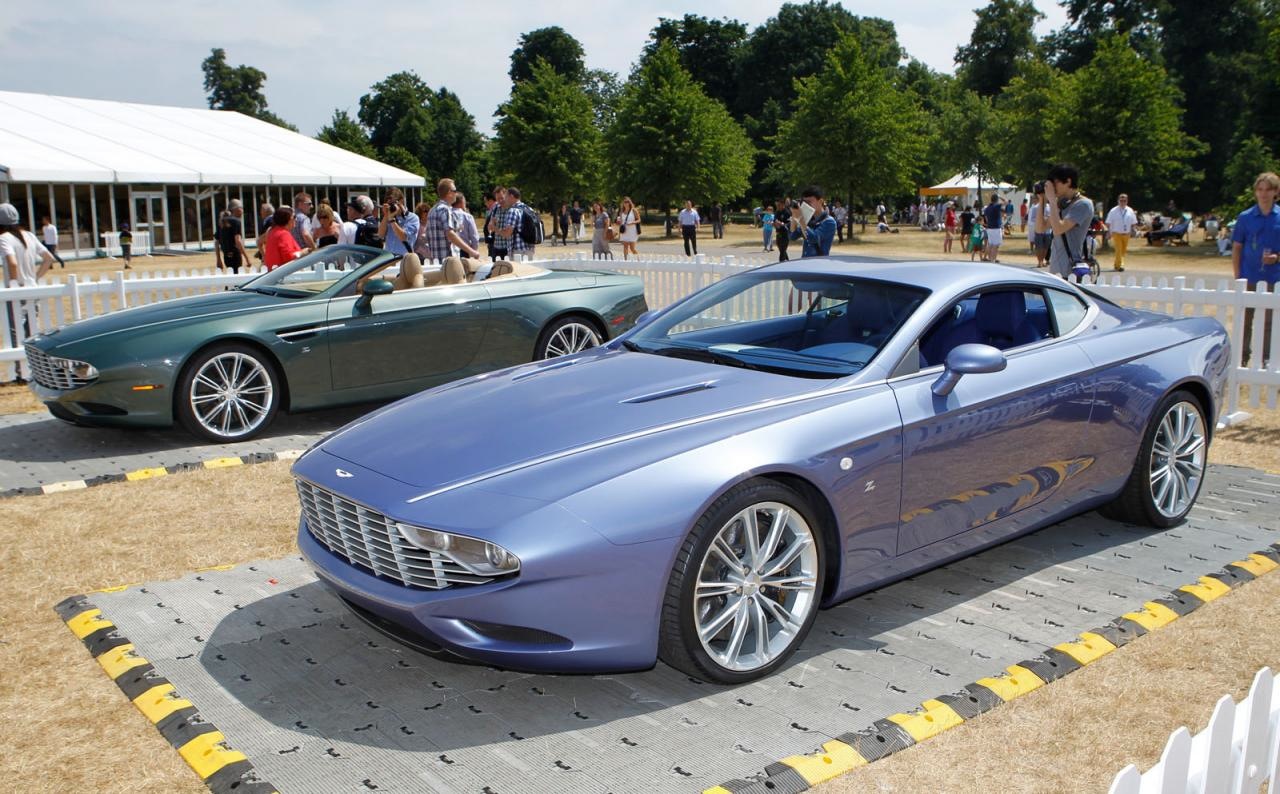 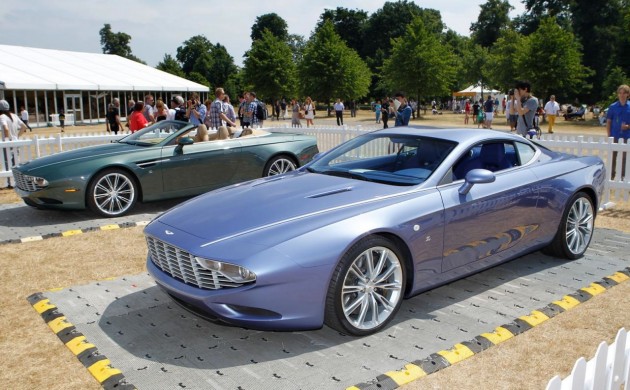 Inside, the upholstery and cabin design was created with help from Ennio Capasa, creative director at CoSTUME National. It showcases a predominately blue layout with soft leather and bespoke trimmings. The one-off creation has been sold to a young Japanese entrepreneur.

As for the convertible, the DB9 Spyder Zagato Centennial, it’s a beautifully represented open-top version of the coupe. It was built for Peter Read, who previously owned a DB7 Zagato. Read said,

“The DB9 Spyder Zagato Centennial perfectly merges Aston Martin and Zagato’s DNA by combining the elegance of design, typical of Zagato, with the soul, power and prestige of Aston Martin, all developed over the last 100 years. This car personifies the timelessness of the Aston Martin/Zagato marquee.”

With Aston Martin celebrating its 100th birthday, these two concepts seem a perfect way to mark the occasion.