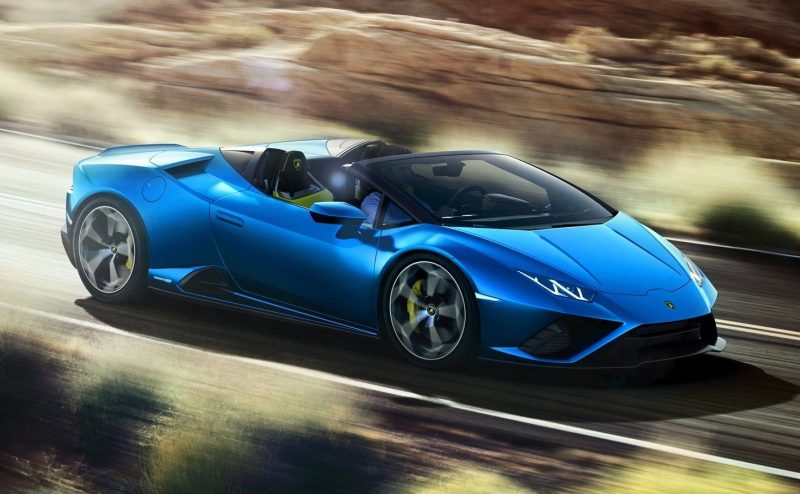 Lamborghini is further expanding its Huracan range with the introduction of the 2021 Huracan EVO RWD Spyder. It joins the recently-added EVO RWD coupe variant. 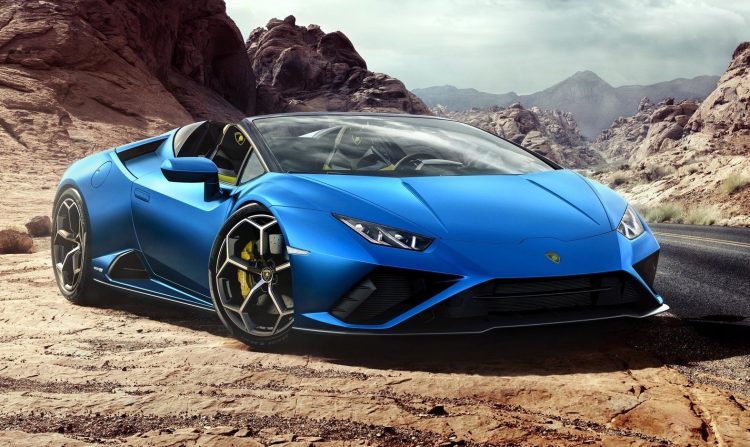 The Huracan EVO (AWD review here) could be summed up as the latest and greatest iteration of the Huracan family. It features the most powerful 5.2-litre naturally aspirated V10 the company has ever offered for the model, producing 470kW. However, with the RWD version the power is capped at 449kW.

For the new Spyder version the same 449kW and 560Nm outputs carry over from the RWD coupe. Being a drop-top, with extra chassis reinforcements and so on, the Spyder does weigh a little bit more than the RWD coupe. In fact, it has a dry weight of 1509kg compared with 1389kg of the coupe. The same high-tech driving modes and management system carry over from other EVO models, including a specially tuned version of the Performance Traction Control System. There’s also the ANIMA toggle on the steering wheel providing Strada (street), Sport, and Corsa (track) driving modes to help drivers get the most out of the car in various conditions.

Specific to the Spyder is obviously a retracting roof. It’s a soft-top design which operates electronically, while driving at speeds of up to 50km/h. It takes around 17 seconds to retract, tucking itself away in a neat compartment under the rear hood. With the roof down the passengers get an earful of that glorious V10 soundtrack. Speaking about the new variant, Stefano Domenicali, chairman and CEO of Lamborghini, said

“The Huracán EVO Rear-Wheel Drive Spyder doubles the driving fun, delivering raw driving pleasure with the opportunity to celebrate life outside. The driver is perfectly in touch with Lamborghini’s engineering heritage, experiencing the feedback and engagement from the set-up of a rear-wheel drive car where electronic intrusion is minimized, while enjoying the sense of freedom and spirit of life that only open-top driving provides.”

Interested punters can place an order for a breathtaking supercar now, with the first deliveries scheduled to commence globally from the middle of the year. Prices in Australia start from $422,606 (including GST and LCT, excluding on-road costs), with local arrival scheduled to begin during the third quarter of this year.

Due to the coronavirus pandemic Lamborghini is offering a unique augmented reality experience to help debut the new model. It’s available at the Lamborghini website.