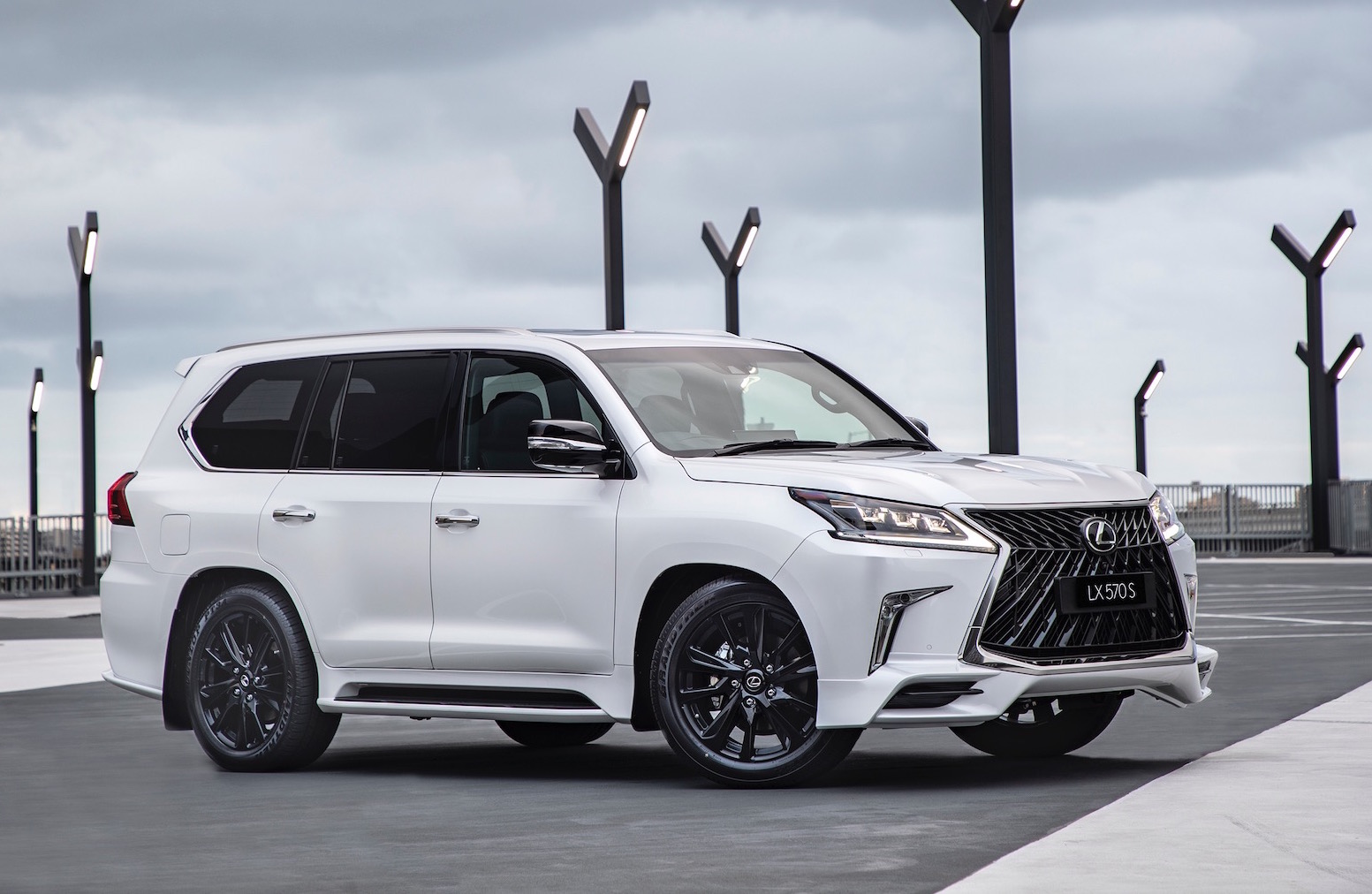 Lexus Australia is adding a rather racy new variant to the LX lineup, called the Lexus LX 570 S. It’s available with the petrol engine only and comes in as the new flagship. 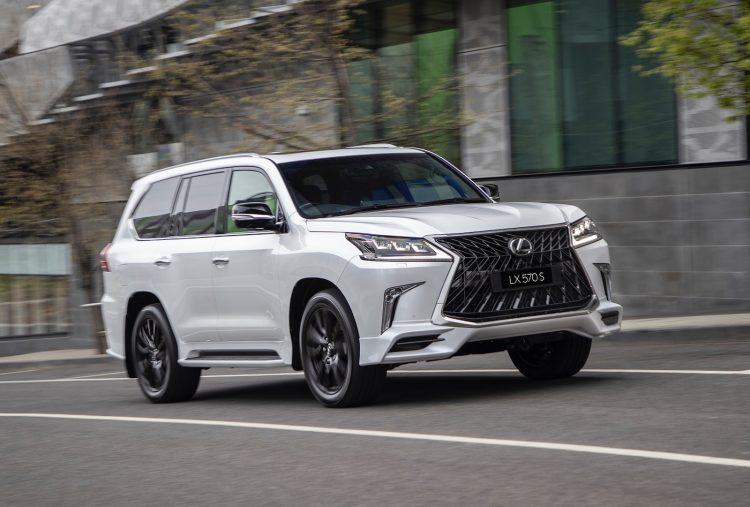 As you can probably tell, the LX 570 S features a cool bodykit with a bespoke front bumper bar and front lip extension, special side skirts with integrated steps, and a unique rear bumper bar with an aggressive diffuser element lower down.

The aero kit is complimented by gloss black highlights, including for the rear diffuser and new lower front corner clusters. There’s also a set of gloss black 21-inch forged alloy wheels featuring a new spoke design, along with a sporty mesh pattern for the front spindle grille.

“The striking features of the new LX 570 S, from its unique exterior styling to the dynamic upgrades, symbolise the evolution of the LX model and will further expand its popularity among consumers.”

Lexus says the LX model line is experiencing a healthy growth in sales, with figures up 10.4 per cent so far this year. Australians have bought 277 examples this year, which is the strongest performance yet since the LX was officially introduced in 2004. Over the years Lexus has accumulated 5500 sales in the country.

Being the new top model, the 570 S comes extensively equipped with all of the latest and greatest gear that Lexus offers. For the dash there’s a 12.3-inch infotainment display with sat-nav and digital radio, with a surround-view camera system, four-zone climate control, and ventilated and heated seating in the front also part of the package. 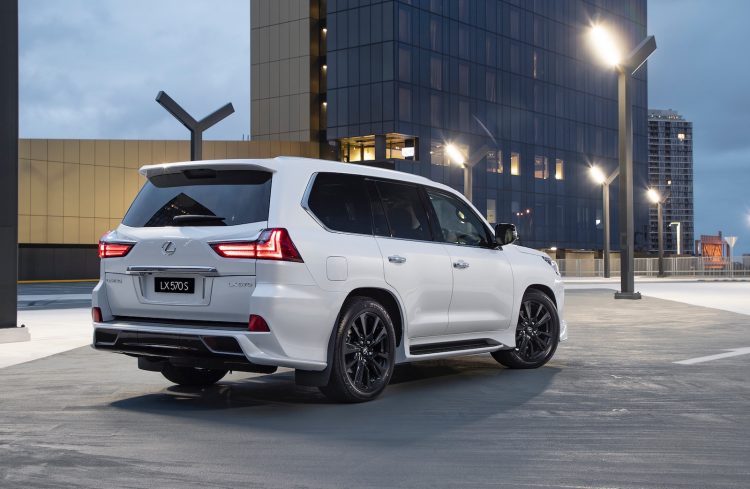 Under the bonnet the LX 570 is powered by a 5.7-litre naturally aspirated petrol V8 that produces 270kW and 530Nm. We’ve previously timed 0-100km/h in 9.38 seconds. This engine is matched to an eight-speed automatic transmission with full-time four-wheel drive. Like the regular 570, the S offers a 3500kg braked towing capacity and comes with a total of 138L of fuel tank capacity.

The new model is on sale now priced from $168,089 (excluding on-road costs). This is up $6500 over the regular LX 570 fitted with the Enhancement Pack option, which includes kit the 570 S already comes with. Buyers can still opt for the regular LX 570 or the recently-added LX 450d (check out our three-part Sydney-to-Daintree review of the LX 450d here).