Toyota Racing has unveiled the new 2012 Le Mans Toyota TS030 HYBRID challenger which will compete in various international endurance races this year. This is the first time a Toyota hybrid system has been adopted in LMP1 Le Mans racing. 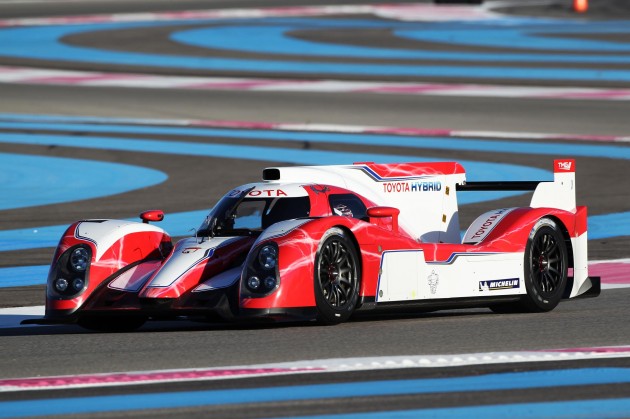 Built by Toyota Motorsport, based in Cologne, Germany, the Toyota TS030 HYBRID will make its debut race at the Six Hours of Spa-Francorchamps, during second round of the FIA World Endurance Championship. Two cars will also be entered in this year’s 2012 24 Hours of Le Mans, starting June 16.

Due to the FIA regulations, a maximum of 500KJ is allowed to be recovered during braking (from the front and rear axle is permitted), while using the stored energy to boost acceleration is only allowed to be directed to two wheels.

We can’t weight to see how Toyota performs this year at Le Mans, especially with the new hybrid. Check the table below for more finer specifications. 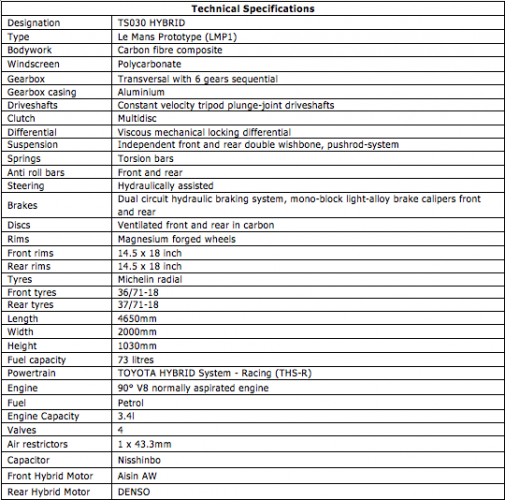