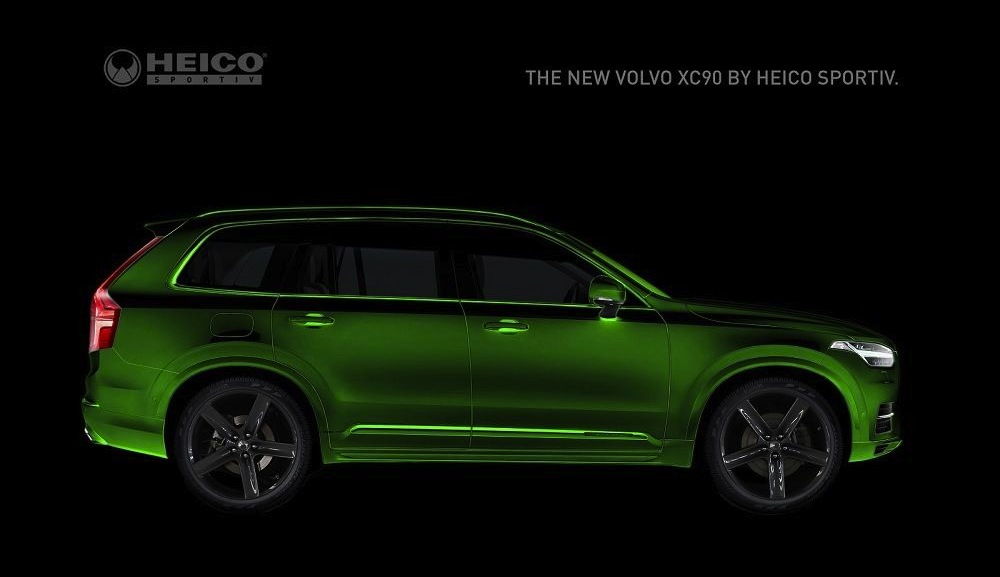 Renowned Volvo tuner Heico Sportiv has announced it is already planning some upgrades for the just-revealed 2015 Volvo XC90. The large SUV will be one of the most advanced and safest SUVs on the market when it arrives next year. 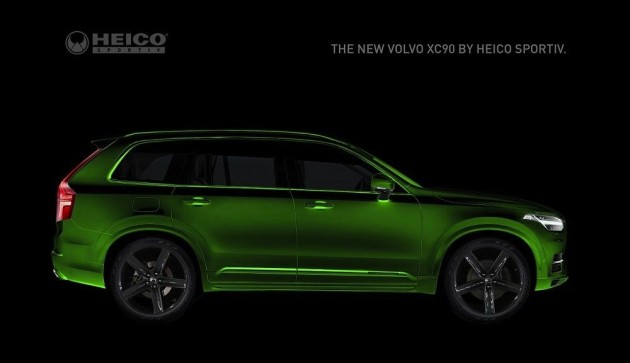 So far the German tuning company has only released this preview image showing the XC90 with a unique paint job, bespoke alloy wheels, lowered sports suspension, and a neat bodykit with extensions for the side sills and front and rear bumper bars.

Details on the plans are hazy at this stage, but judging by Heico Sportiv’s previous and existing tuning programs for Volvo models, we can expect styling tweaks inside and out, custom trimmings, and potentially an engine computer tune and higher-flowing exhaust system for enhanced performance. Heico Sportiv said,

“For Volvo, this vehicle is a trendsetter, for Heico Sportiv it is inspirational. Why we’re already started developing a comprehensive portfolio for this Scandinavian premium SUV. Products embodying all that Heico Sportiv stands for: Designed in Germany. Engineered in Germany. Produced in Germany.”

The all-new XC90 made its official debut at the 2014 Paris Motor Show earlier this month. It showcases various new technologies, the standout of which is a turbo-petrol hybrid powertrain for the ‘T8’ variant producing around 300kW. All versions feature new ‘Drive-E’ turbo four-cylinder engines, while some models come with industry-first safety technologies such as run-off road protection.

Volvo Australia recently confirmed the local lineup, which will include the D5, T6, and T8, with prices ranging from $89,950 up to $122,950. It arrives locally during the second quarter of 2015. More info on the Heico Sportiv kit will be released in the coming months.