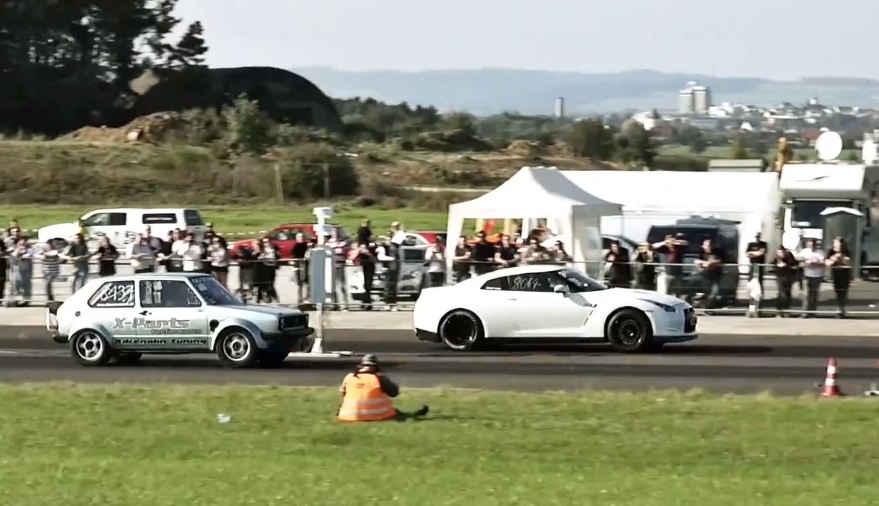 Ah, the age-old question. What’s quicker, a Volkswagen Golf or 1300hp Nissan GT-R? The answer seems obvious doesn’t it? Well, what if the Golf was labelled as the quickest Golf in the world? 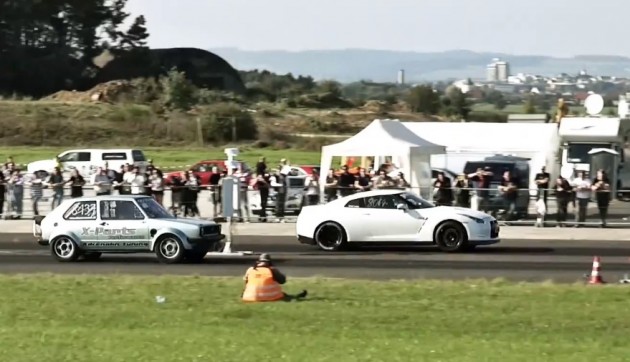 Here we see a Volkswagen Golf Mk1, known as 16vampir, which is complete with a custom all-wheel drive system, sequential transmission, and a 2.0-litre engine with a mega turbo running mega boost pressure.

Click play below to take a look. It easily beats the 970kW Nissan GT-R in the other lane (it comes in at about 3:57), which ends up running 9.1 seconds.