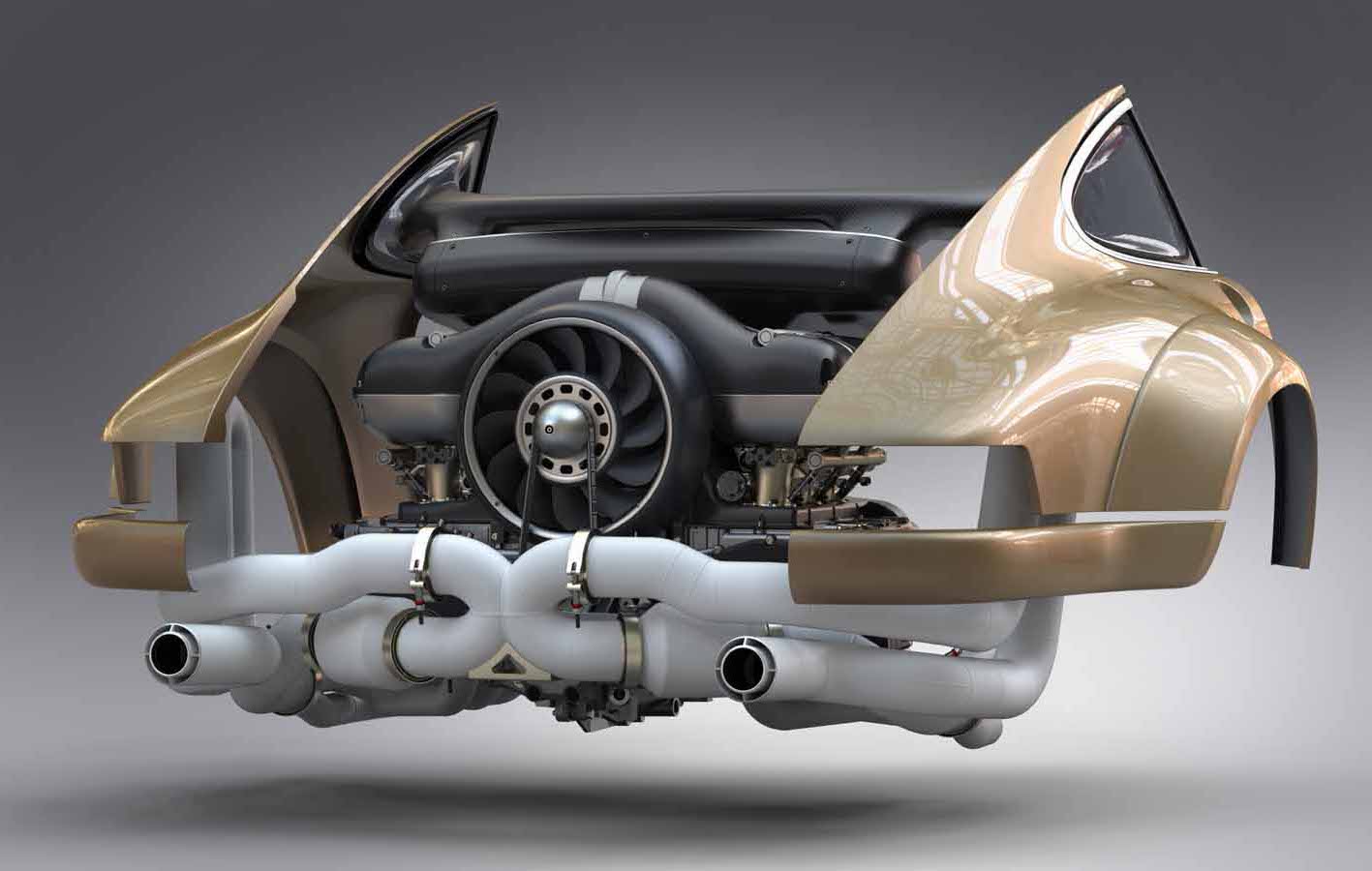 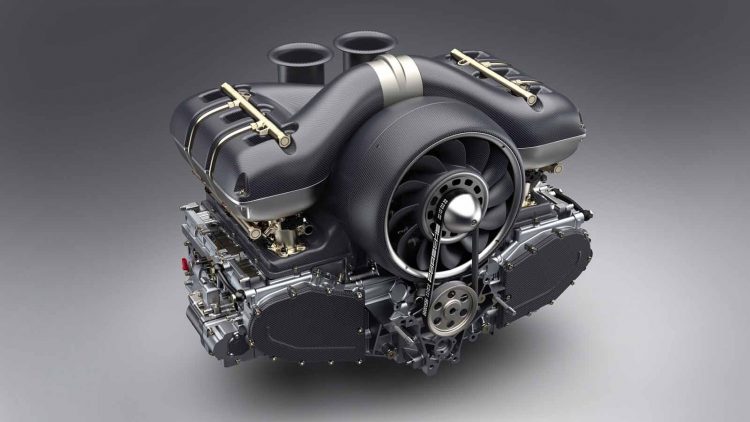 The project is only in its early stages, but Singer has released some initial digital drawings of a new engine and exhaust system. Singer Design confirmed on its website it is working with Williams (yes, F1) and former Porsche engineer Hans Mezger – the man behind the Porsche 917 Le Mans engine and many others.

According to the company, the engine is based on the 3.6-litre flat-six air-cooler unit from the 964 911. However, its capacity is expanded to 4.0 litres and its rev range will be capable of soaring beyond 9000rpm.

With dual oil circuits, quad cams and four valves per cylinder, multiple throttle-bodies made from aluminium with carbon fibre trumpets, and upper and lower injectors, and a custom carbon fibre air box intake with a multi-stage chamber for strong mid-range, the unit has a target output of 373kW (500hp). 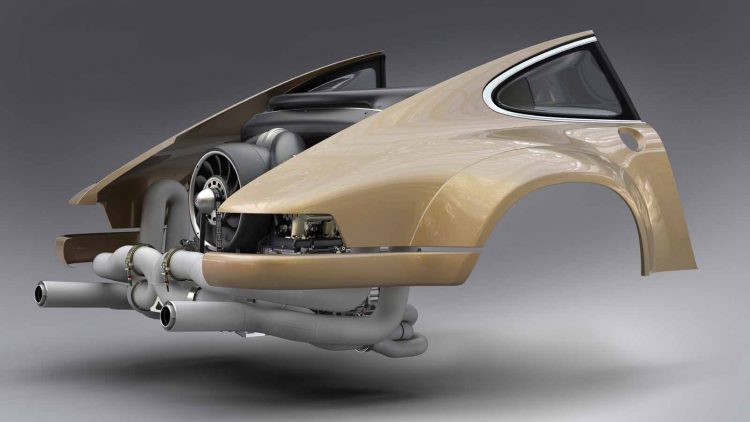 As you can see by these images the attention to detail, as with all Singer Design products, is just amazing. A number of components are made from exotic materials, such as titanium for the con-rods, inconel and titanium for the exhaust, and magnesium for other parts. Speaking about the partnership with Williams, Jonathan Williams, heritage director, said:

“The Porsche 911 has long been a standard bearer in the worlds of racing and advanced engineering – two things that we care deeply about at Williams. As an admirer of the 911, I’m thrilled that we’re working with Singer and its clients on these restorations.”

More details including a stand-alone selection of restoration and modification options will be revealed soon, potentially at the Frankfurt motor show next month. We can’t wait to see – and hear – the finished machine.