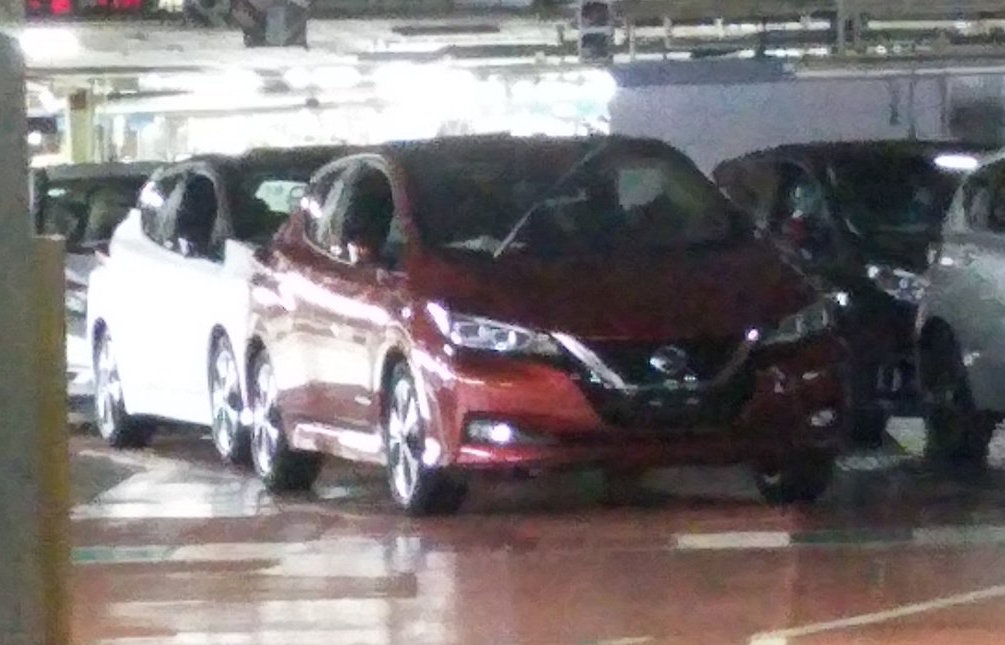 Some more spy images showing the all-new 2018 Nissan LEAF have hit the web, showing more details of the electric hatch. Coincidentally, some specs have been found as well through an online configurator. 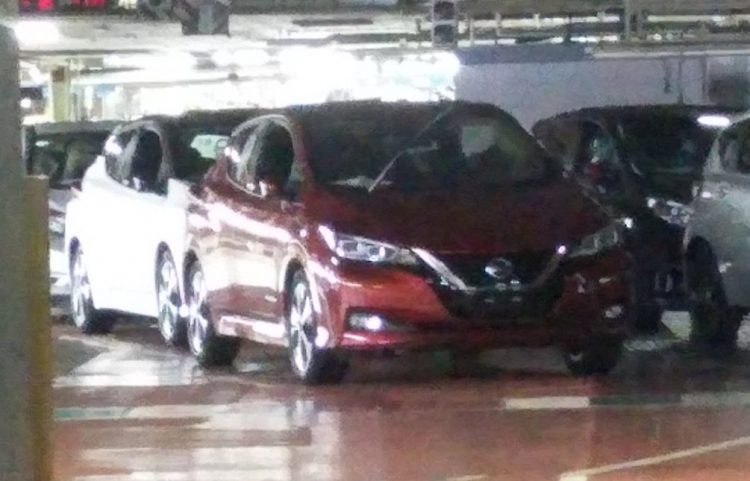 Firstly, the images, which appeared on Twitter recently. They show early examples sitting in a holding lot of some kind at Nissan’s Oppama plant in Japan. They aren’t the best photos in terms of clarity but we get to see more of the front end, including the V-motion grille, along with the sporty rear end with its integrated spoiler and ‘floating’ black roof which could become an option.

As for the specs, a configurator by Autobytel seems to have uncovered some details. According to the data, Nissan will be offering three variant levels, from S, SV to SL, which divide up the standard features. Some of these features include 16-inch and 17-inch wheels, accordingly, and leather trim and creature comforts. 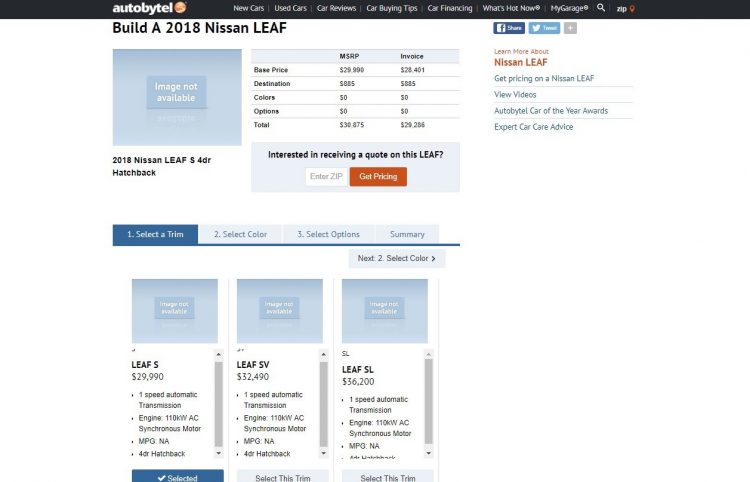 At the heart of it all is set to be a 110kW AC synchronous electric motor. This makes it about 30kW more powerful than the outgoing version, and with a rumoured 60kWh battery pack total range is said to be near 320km. This would be quite a step up from the current 24kWh system which offers a range of 170km. All will be revealed in the next few weeks.