Rolls-Royce has released a new teaser image of its upcoming Wraith. The new model is set to be the most powerful production Rolls ever made, and judging by this teaser, it’ll showcase a long elegant coupe body. 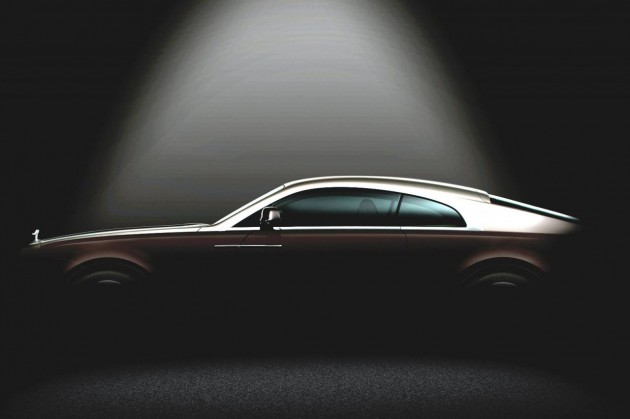 Very little details have been officially revealed at this stage. The new model is likely to be a ‘Ghost coupe’ of sorts though, featuring a similar front end design, only made a touch more majestic and modern with a flowing coupe rear.

Under the bonnet the Wraith is expected to come with a slightly tuned version of the current Ghost engine. The Ghost features a 6.6-litre twin-turbo V12 BMW engine, producing 420kW and 780Nm. Power for the Wraith is tipped to be around the 450kW mark.

The new model is set to be priced slightly above the $645,000 Ghost sedan, and is likely to come with a number of exclusive luxuries inside.

More details will be revealed in the lead-up to its March 5 Geneva Motor Show debut.