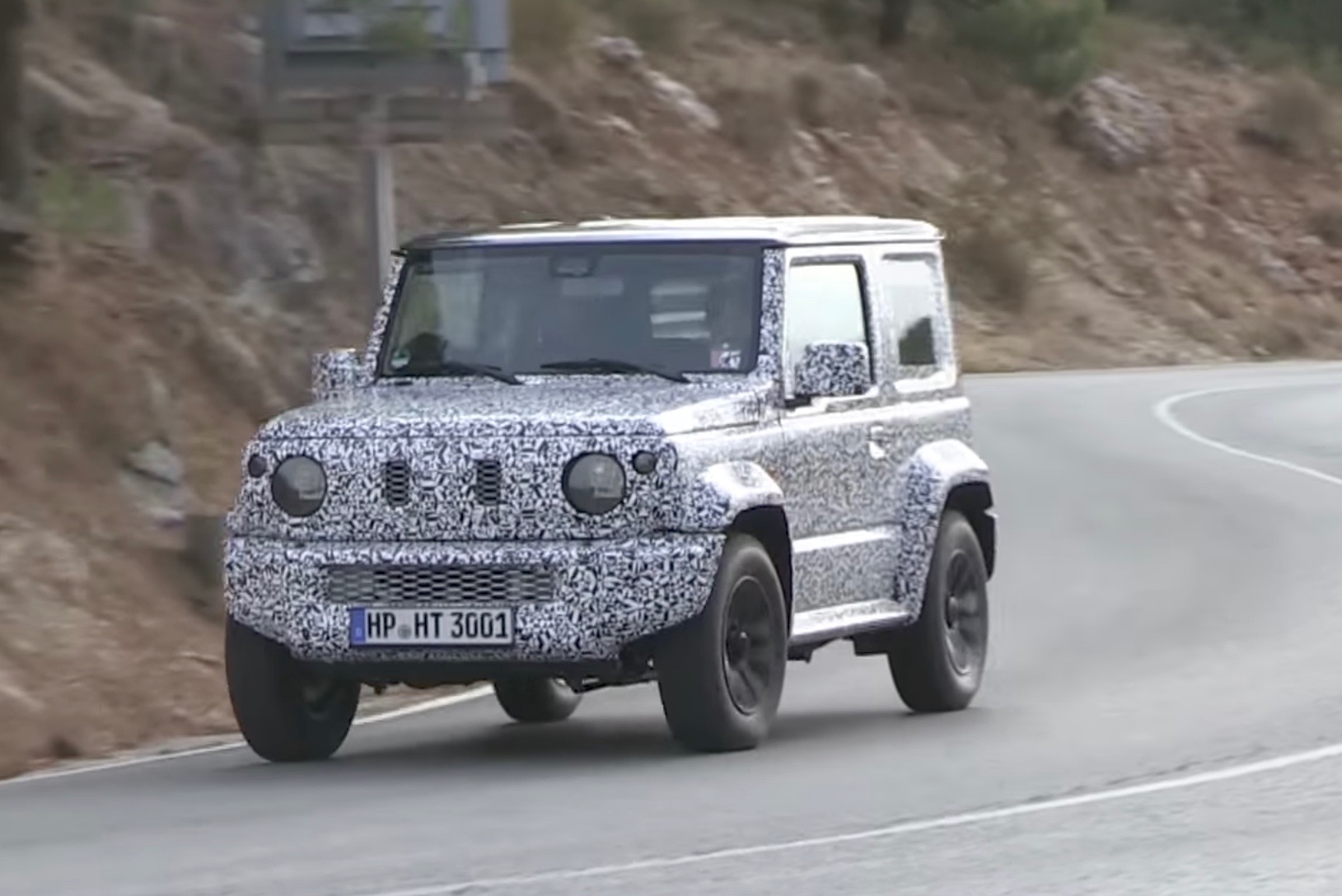 Suzuki has been spotted testing the 2018 Jimny out in the mountains in Europe, showing its utilitarian, boxy shape carrying over from the current model. 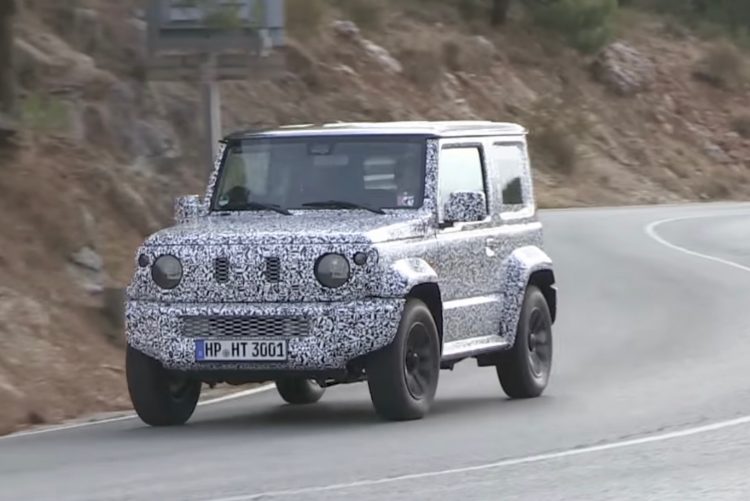 The video, by Motor1, shows the prototype sporting some nicely pumped out wheel arches – larger than those on the current model – that might support some larger wheels and tyres on the production model. A decent gap in between the tyres and arches also seems to suggest increased ground clearance.

Another element evident on the prototype is a very boxy shape which should provide more interior space. The roof width appears to be wider and spreads further to the corners as opposed to curving down on the current model. It looks like the side-hinged tailgate will continue at the back.

Underneath it all the new Jimny is set to carry over a similar version of the current platform with solid axles front and rear. You can just see the three-link radius arms under the driver’s door, confirming the solid front end. 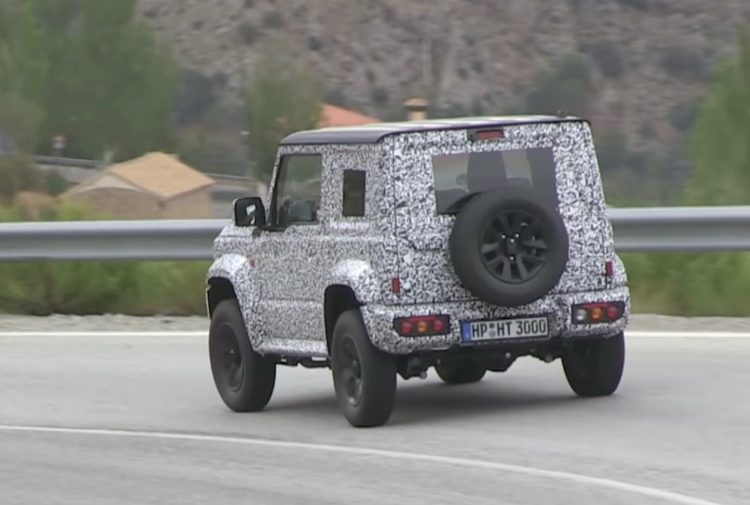 As for the power source, it’s still a bit of a mystery. We suspect Suzuki will enlist its new 1.0-litre turbo three-cylinder, which, in the Swift GLX, produces 82kW and 160Nm. This would be a healthy boost up from the outgoing Jimny’s 1.3-litre four-cylinder that generates 62.5kW and 110Nm. Both a manual and auto are likely to be offered again.

Aside from presenting a larger cabin the new model is expected to pack in some decent technology too. For the dash Suzuki will probably provide its latest, universal touch-screen system which is offered in almost all of its latest vehicles. Refined air-conditioning controls and better storage options are also set to be part of the mix.

A full debut is tipped to take place at the 2017 Tokyo motor show later this week. We’ll be sure to keep you update on any Australian market details.