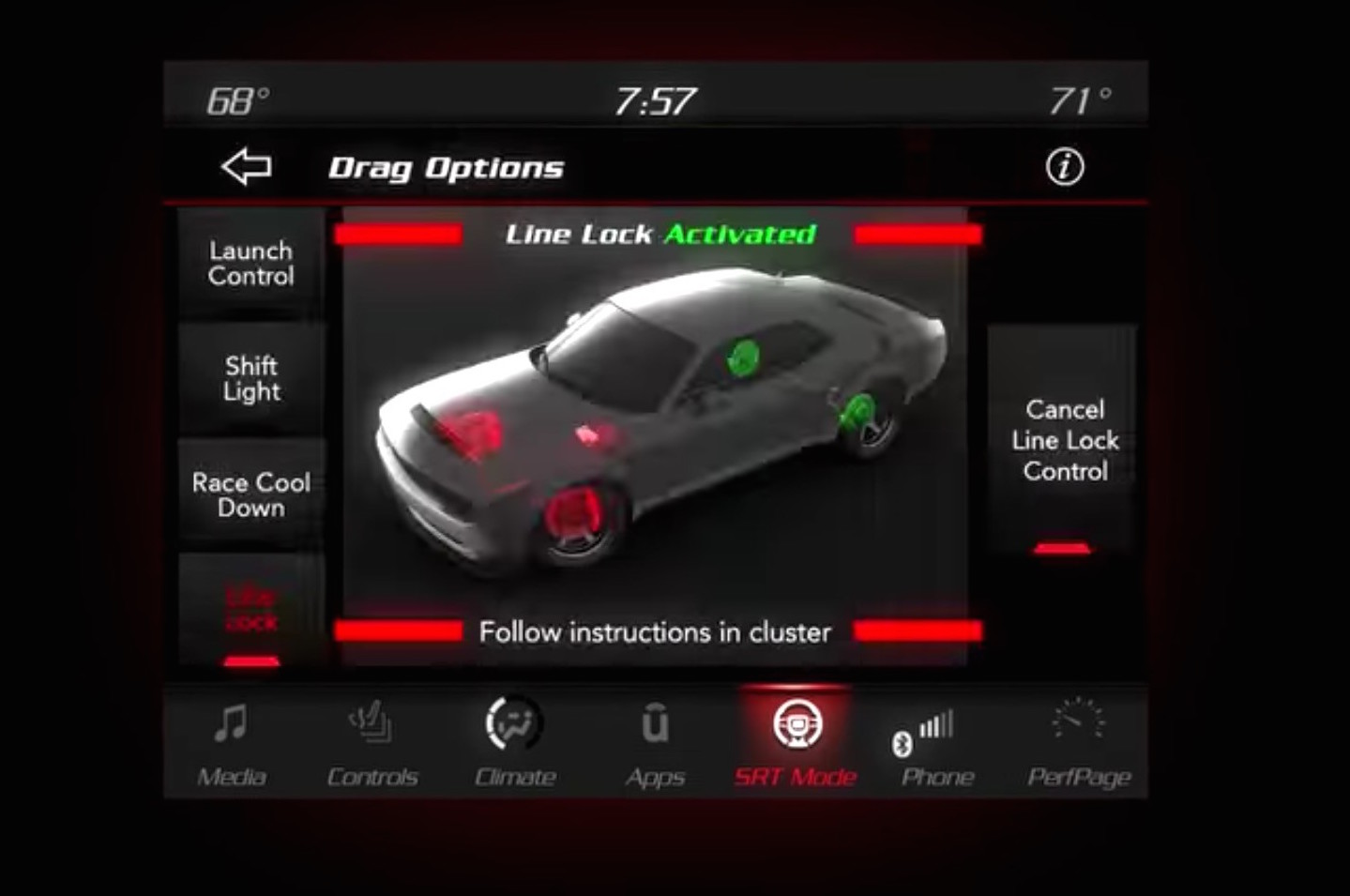 The next teaser instalment for the Dodge Challenger SRT Demon is in, with some very tantalising performance figures confirmed. 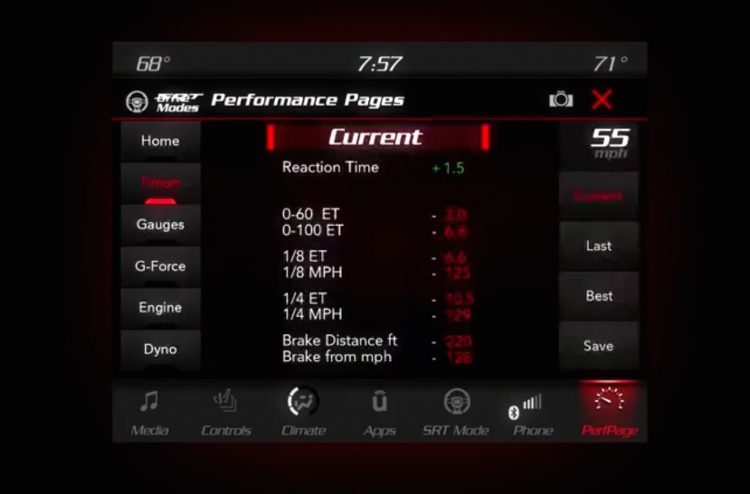 Dodge is revealing some of the performance pages within the muscle car’s on-board interface, while also giving us a preview of the engine sound during a strapped-down dyno run.

As for the engine, all guesses are pointing to a tuned version of the SRT Hellcat’s 6.2-litre supercharged V8. It already generates 527kW (707hp), but, judging by the performance pages the engine could produce around 750hp.

It’s interesting that the clock during the video below says 7:57 during the entire roll, which may be a sly hint at the Demon’s output. However, there will be some weight reduction so we wouldn’t be surprised if there’s little or no increase in power.

Drivers will be able to select between various driving modes, including a Street mode with three levels of suspension tune, or a Drag mode with multiple levels of engine tune, as well as a Custom mode to allow the driver to fully configure their ideal setting.

The next teaser will be released in six days, before the official debut at the New York auto show on April 11. Click play below for the latest preview.