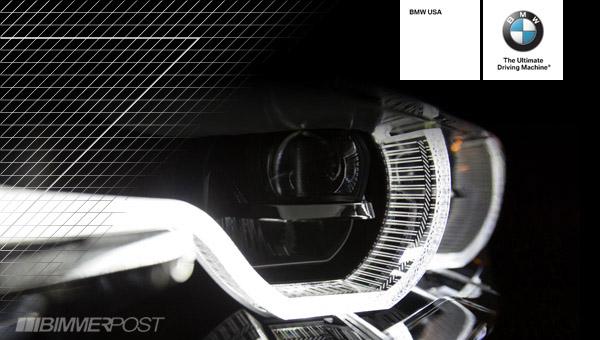 With excitement growing over BMW’s next generation ‘G11’ 2016 7 Series, BMW has given a few special individuals a sneak peak ahead of the flagship’s official unveiling.

Owners of previous generation 7 Series models have been invited by BMW to have a world-first peak at the luxury sedan in Florida, USA, ahead of the general public and press debut. Details of the invitation were posted onto a BIMMERPOST forum thread.

BMW said in the invitation that this is the first time in the history of BMW of North America that it is unveiling an all-new BMW to a select audience prior to public introduction. The company said “this unique, one-of-a-kind experience will include the reveal of the next-generation BMW 7 Series”.

At this stage, BMW is keeping details and images of the new model very much on the down-low, with teaser images showing only the smart new headlights. There are however some leaked images surfacing with photos claiming to be the interior of the flagship, and last month we saw a prototype being throttled around the Nurburgring.

As far as we know, the new model will be the most advanced BMW ever, featuring a number of convenience and comfort-focused technologies, as well as more efficient engine options. There’s also rumours of a top-line ‘M750i’ being introduced, as part of the BMW M Performance range.

Full details and images are expected to be released in the very near future.