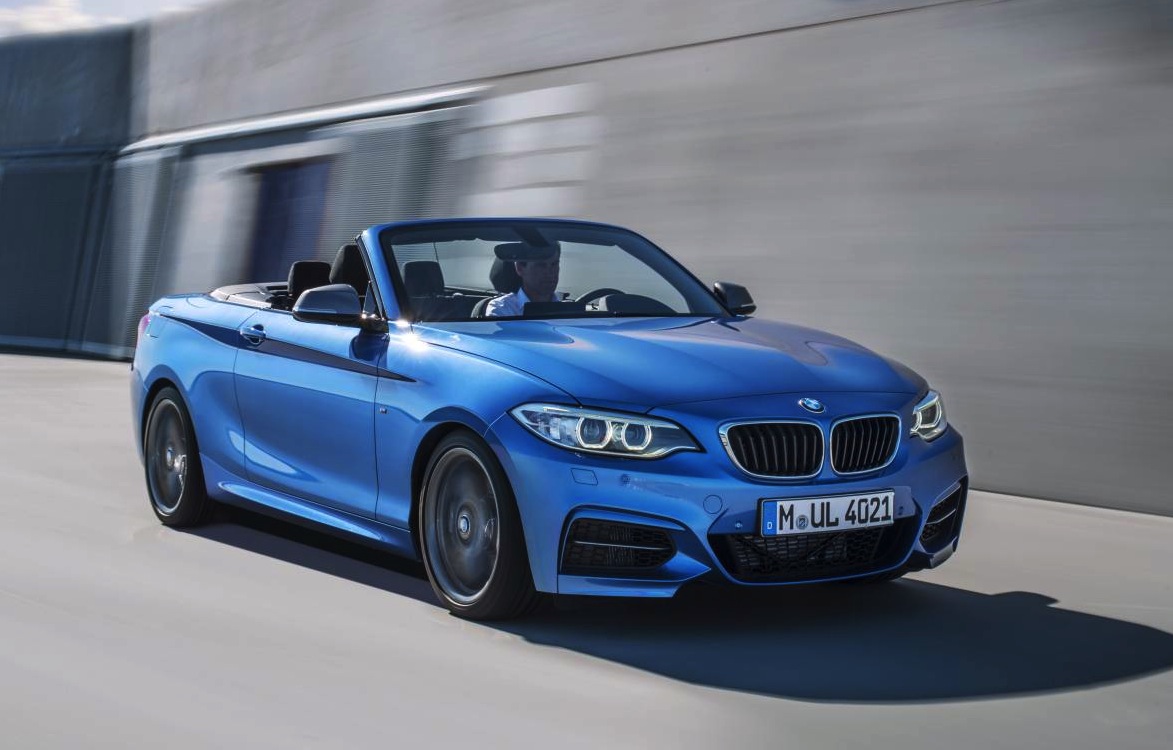 Looking to make the most of the summer? BMW Australia will launch the all-new 2 Series Convertible next month, in three different variant levels. 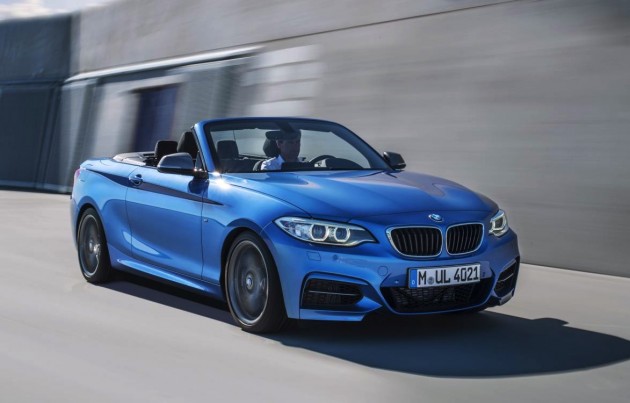 The 2 Series Coupe has been on sale for some time, however, this is the drop-top version which replaces the 1 Series Convertible. All three variants being introduced in Australia feature a turbocharged petrol engine, with outputs spanning from 135kW to 240kW.

Starting out the range is the 220i. It comes with a 2.0-litre four-cylinder producing 135kW and 270Nm, capable of 0-100km/h in 7.6 seconds. Standard features include an eight-speed auto, 17-inch alloy wheels, a rear-view camera, cruise control, and the ‘Business’ grade sat-nav system with an interactive 6.5-inch LCD screen.

Next up is the 228i. It uses a revised version of the 220i engine, developing 180kW and 350Nm. Acceleration from 0-100km/h takes just 6.1 seconds. Adding to the 220i’s standard specs, the 228i also gets bi-xenon headlights, the Sport or Luxury Line trim at no additional cost, 18-inch alloy wheels, and variable sports steering.

For the hardcore driving fans, the M235i sits at the top. It comes with a smooth 3.0-litre turbo inline six that sings out 240kW and 450Nm. Across the tarmac, 0-100km/h comes up in only 5.0 seconds. Standard goodies include unique 18-inch alloy wheels, adaptive M suspension, a full M Sport bodykit and brakes, and the ‘Professional’ grade sat-nav system with an 8.8-inch screen.

All variants come with the selectable Driver Experience Control toggle with Eco Pro, Comfort, and Sport mode settings, with the M235i also offering Sport+. BMW engineers have increased torsional chassis rigidity with the new convertible, compared with the predecessor, and the new roof operation takes 20 seconds, at speeds up to 50km/h. There’s also new insulation in the roof reducing road noise by up to 7dB.

The lineup will officially hit showrooms around the country from the end of February. See below for the starting prices (excluding on-road costs):