Kia has pulled the wraps of the all-new 2013 Kia Cerato, after renderings were released last week. The new model showcases a fresh new design, increased interior space, and improved fuel economy across the board. 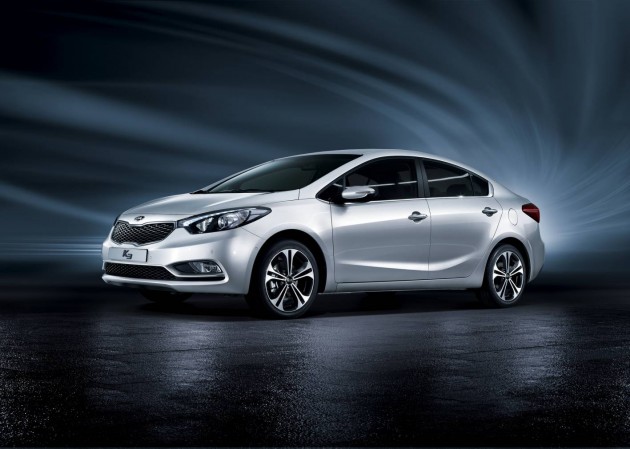 Official engine package details are yet to be finalised for the Australian market, however, the new model is set to receive a range of more fuel efficient engines.

In terms of design, the new model receive all the modern touches you’ve come to expect from Kia, including LED daytime running lights, sweeping body contours, and a relatively low and wide stance.

The stance is actually lower and wider than the outgoing model, providing not only a sleeker profile, but also more interior space for a more accommodating drive. 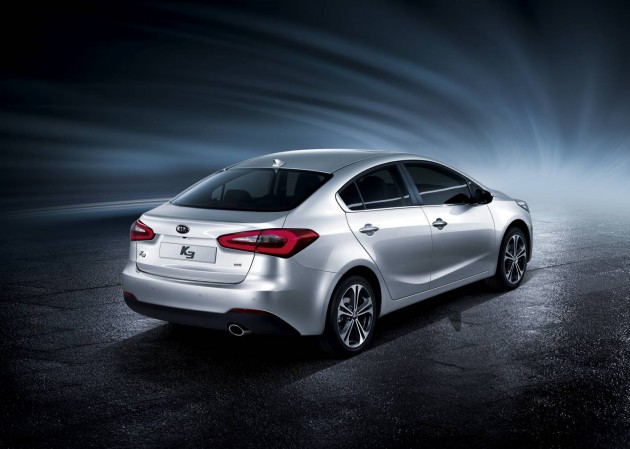 It will come in at least three body styles – in certain markets anyway – including a five-door hatch, the sedan, and a coupe later down the track. Again, Australian specifications are yet to be announced.

Overall, it looks rather striking for a conventional sedan don’t you think? A bit like the Optima.

The Cerato will go on sale in Korea initially towards the end of this year, badged as the Kia K3. It will then hit other markets, including Australia in early 2013.