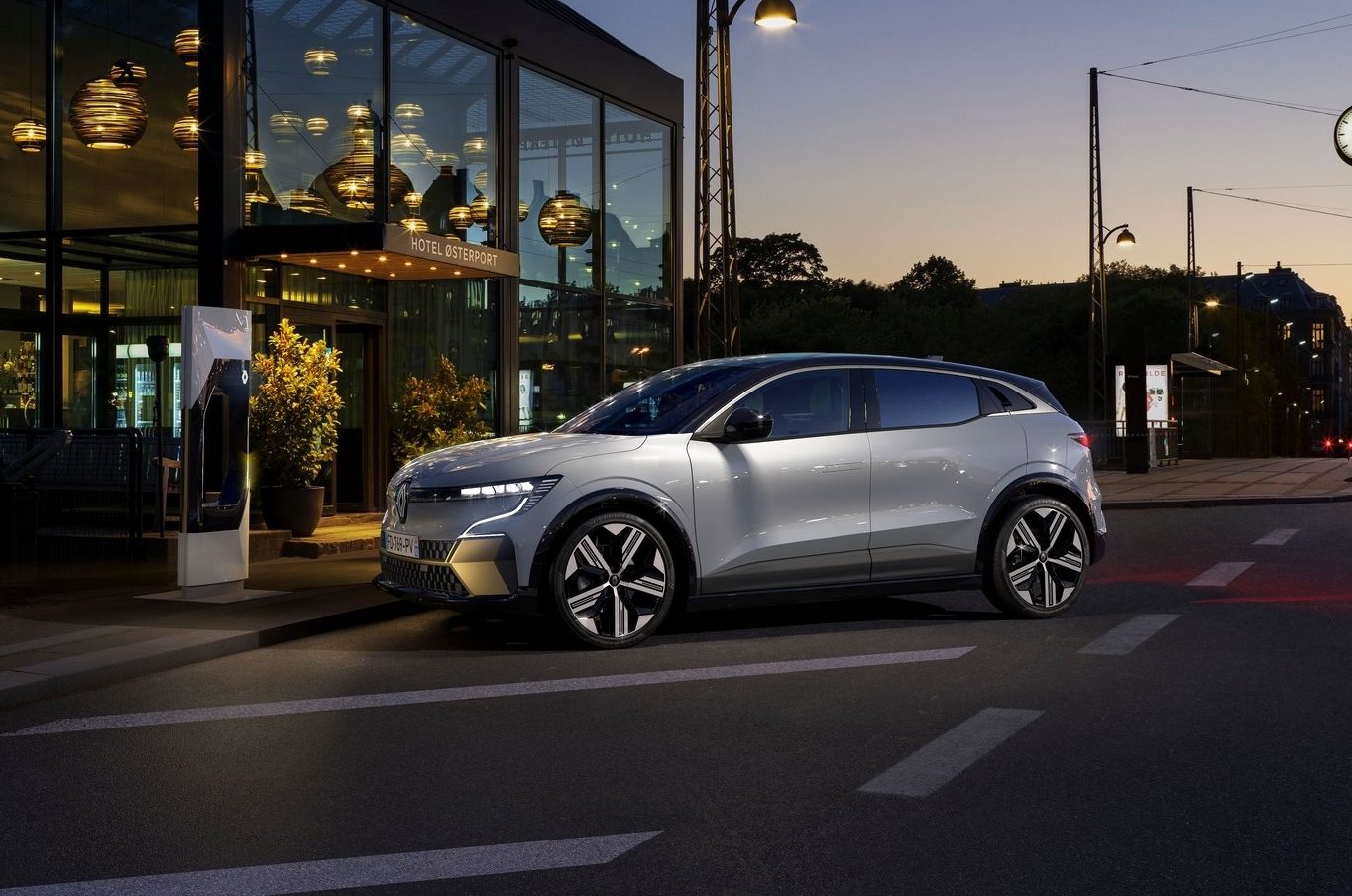 Renault has taken the veil off a major player in its electrification strategy, with the reveal of the 100 per cent electric Megane E-TECH. It is billed as the “GTI of electric vehicles” and offers a claimed WLTP range of 470km. 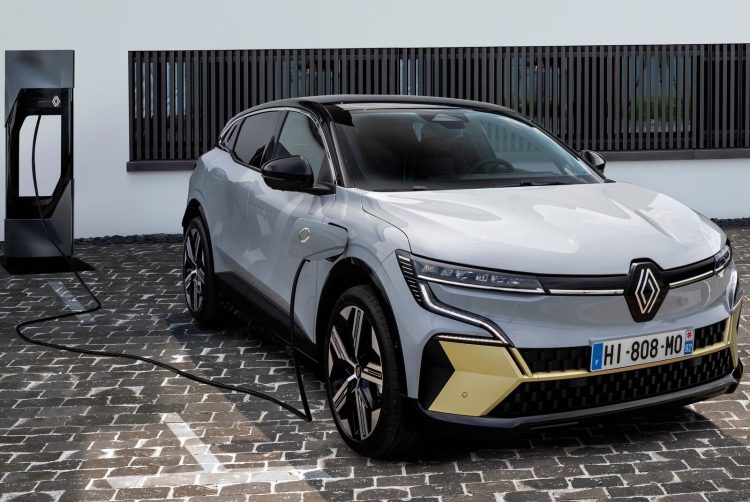 The Renault Megan E-TECH utilises a brand-new electric motor design that is said to offer more power, while reducing its reliance on rare earth minerals in an attempt to minimise the overall environmental impact of mass production.

More importantly, this brand-new motor system is lightweight, weighing in at 145kg with the clutch included, which is 10 per cent lighter than Renault’s current range of EV powertrains. Renault is packaging the Megane E-TECH with a 96kW/250Nm entry-level motor paired with a 40kWh battery, topped by a 160kW/300Nm option powered by a 60kWh battery.

These offer a range of 300km and 470km, respectively. The Megane E-TECH also comes packing an adjustable regenerative braking system with three levels of aggressiveness once you’ve lifted off the throttle. It helps users to build and preserve range, depending on the conditions.

It all rides on the new CMF-EV modular platform, and measures in at 4.21m long, 1.5m high and packs a pretty significant wheelbase of 2.7m, for a vehicle of this size. It weighs in at 1624kg and rides on a set of 20-inch alloys 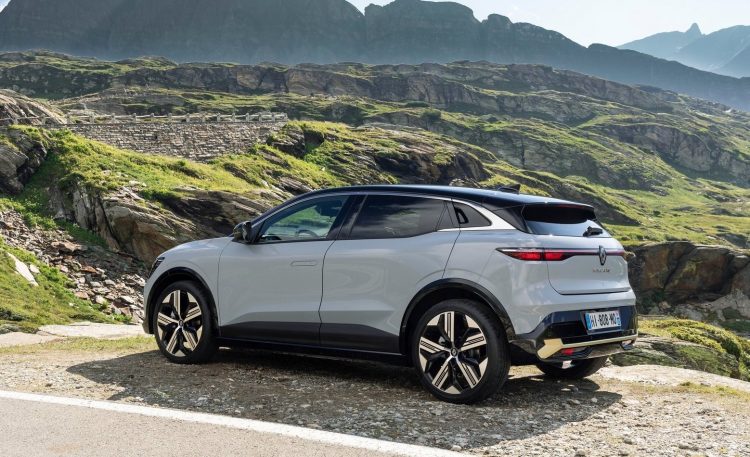 In terms of the styling, Renault says that as its vehicles become more technical, this will be reflected in the ‘sensual tech’ design language the company employs, drawing upon the tech and hi-fi industries for a futuristic look. This is in combination with an attention to aerodynamics, and a thinner battery pack that lowers the E-TECH’s centre of gravity by 90mm compared to the internal combustion-powered Megane.

Overall, the battery pack weighs 395kg, and is around 40 per cent less than the battery pack used by Renault’s ZOE EV, and it uses a new chemical mix of nickel, manganese and cobalt that have been supplied by LG. In terms of charging, the Megan E-TECH will be offered in variants that range from standard 7kWh wall-box charging, with more expensive variants receiving DC fast-charging compatibility that can add 300km of range in 30 minutes.

Interestingly, Renault says that these battery packs will come packaged with an eight-year warranty, and if the pack is operating at less than 70 per cent after eight years, the company will replace them free of charge.

The Megane E-TECH also comes with a unique safety feature specifically for combatting electrical fires that are notoriously difficult to extinguish. Renault says it has teamed up with French firefighters to provide “special access” to the battery pack to put out flames in five minutes, as opposed to the 2-3 hours it can take to extinguish a typical electrical fire. 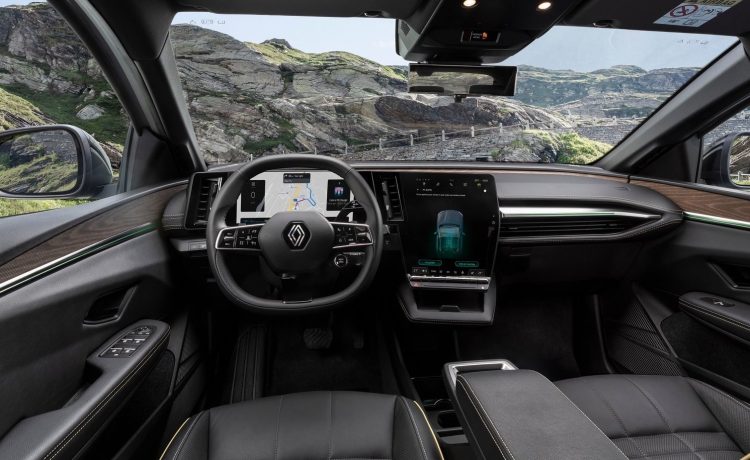 Interior space is also set to be exceptional in the latest Megane E-TECH, with the new CMF-EV platform allowing its designers to prioritise interior occupant legroom and comfort, rather than fiddling with the bulky mechanicals of an internal combustion engine and tradition gearbox.

The interior features entirely recycled materials and a unique OpenR screen that mirrors an upside-down L, stretching from the 12-inch infotainment system mounted on the dash, all the way to the 12.3-inch digital driver’s display. Renault’s infotainment system is powered by Android Automotive OS, which offers firmware over-the-air updates, paired with a choice of two Arkamys sound systems.

Renault says the new Megane E-TECH will be available to order overseas from February 2022, while a timeline for the first deliveries remains unconfirmed. Renault Australia is yet to provide official details on a possible local launch.