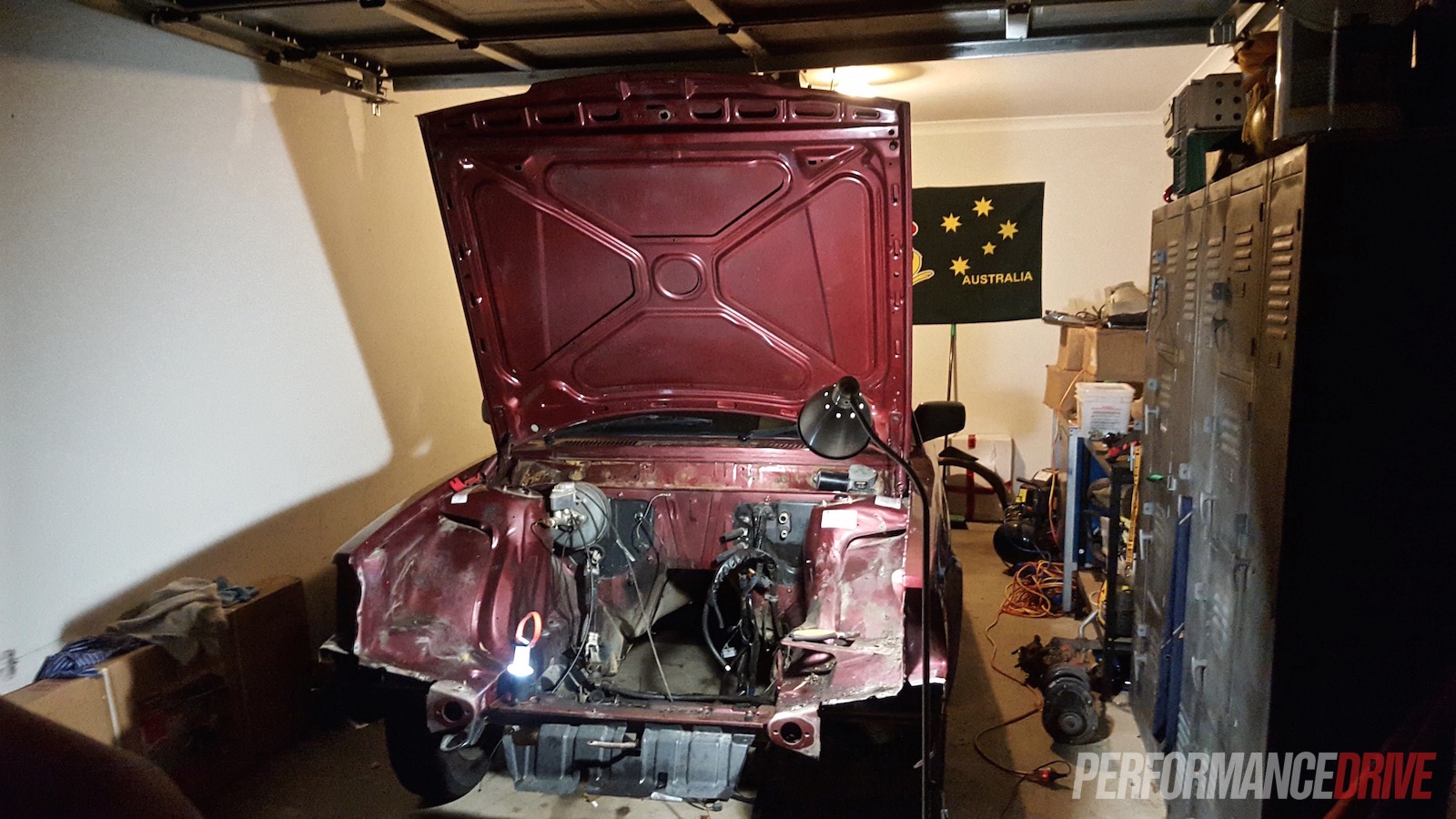 It might be Christmas time but it sure hasn’t stopped us from working on our Volvo 240 GL LS1 V8 project car. This fortnight it’s been all about preparing the 240 for its spray job. 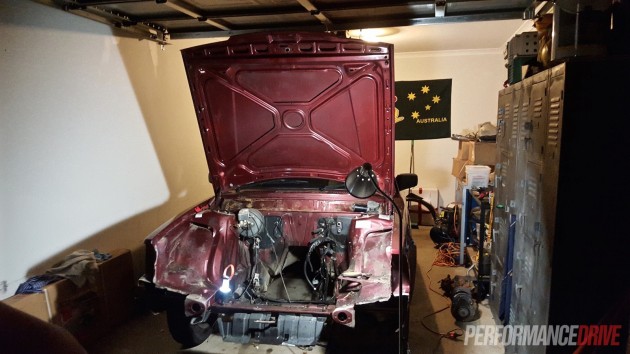 Continuing on from the previous fortnight (Part 2), where we pulled the standard 2.3-litre engine out over at Volvo specialist Berry Motor Group, this past fortnight we’ve been spending late nights further stripping the engine bay and the rest of the car so it’s ready to be painted.

We’re aiming to send the old girl off to Premier Smash Repairs very soon to be painted in a fresh coat of the standard maroon colour. As we’ve said before, we’re looking to keep the car relatively stock in terms of aesthetics so it comes across as a bit of a sleeper. Of course, it will be fully engineered and road registered as well. 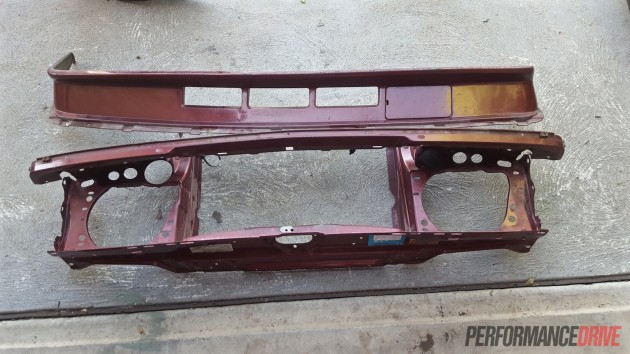 It’s been very hot weather lately so we’ve spent a few warm nights toiling away. We had some of the boys around to help out stripping the car, but, as usual, there ended up being more beers consumed than spanners turned. That’s all part of the fun of working on a project car though.

We decided we’ll paint the engine bay black to keep things simple. The steering column and brake booster are still in place, and the wiper motor has been a right pain in the backside to remove. In fact, we haven’t yet removed it –  if anyone out there has some tips, please let us know. 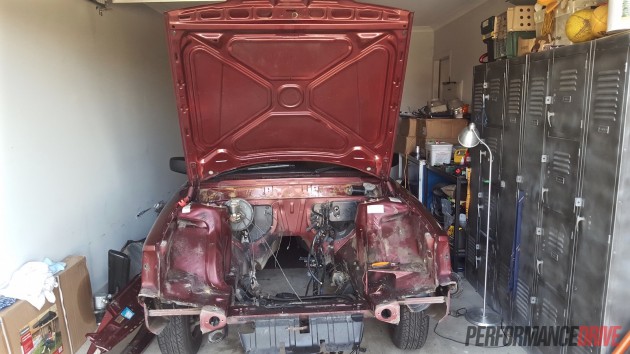 As you can see the whole front end of the 240 has been dismantled and is almost ready to be sprayed. We all took a moment to take a good look at the engine bay as the next time we see it filled, it will have an LS1 V8 resting in it.

Speaking of which, some more progress has been made on the custom engine mounts that we are getting fabricated. The cross member is also being measured up. We’ll go into more detail in another story to outline the exact procedure of what is needed for the V8 conversion. 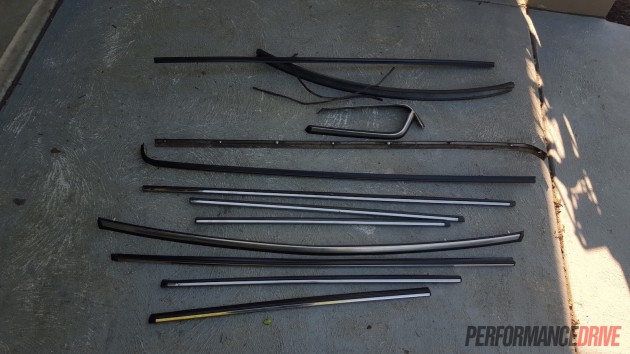 We have the new stall converter ready to be mounted. It was built by Len Pendlebury at Torque Converter Industries (02 9838 7933 – convertersaustralia@gmail.com). Further back, we have a Ford nine-inch diff prepared and fabricated ready to slot into the 240’s rear end. It comes with two centre options including a limited-slip.

Over the next fortnight it will quieten down a bit due to Xmas closures and so on but we’ll be concentrating on sorting out some of the finer details, such as what we want to do for the interior, and other little bits and pieces. We’re also going to be pre-fitting the LS1 into the car soon so we can measure up the exact mounting points and clearances for the cross member. Stay tuned.