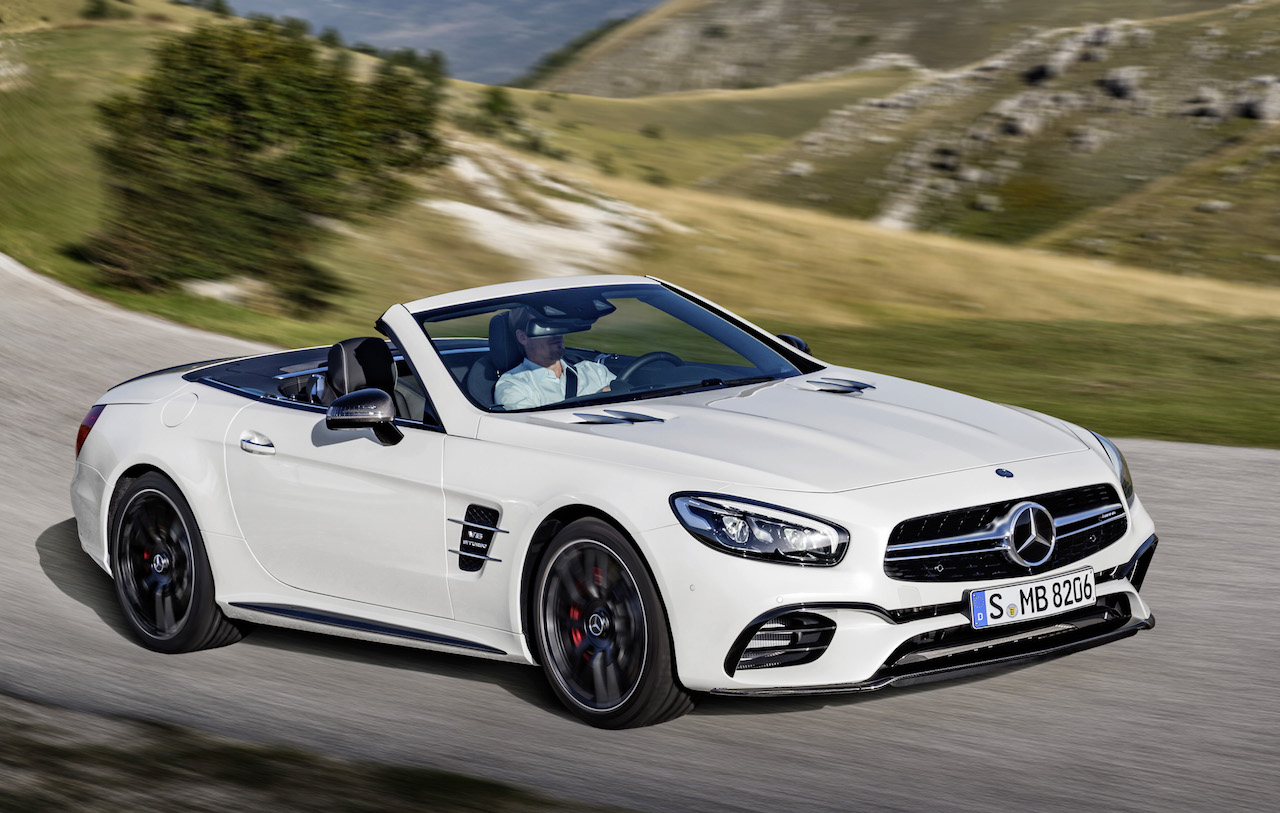 Images of the 2016 Mercedes-Benz SL-Class have surfaced online, revealing the new-look drop-top before its official Los Angeles Auto Show debut this month. 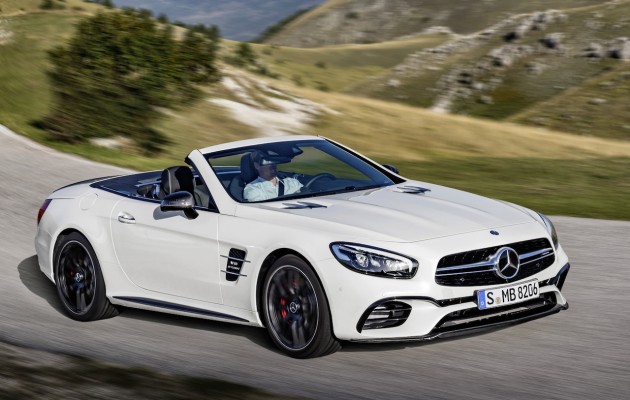 Mercedes previewed the new model and confirmed its intention to unveil the car at the LA show last week, but so far the company has only shown a shadowy image of the front end.

Here we see the new model will come with a freshened up front end with a new grille with two distinct cross bars, beady headlights in the same design them as other new-model Mercs, and revised bumper bars.

Taking a look inside, we can see the German company has made some changes but not as many as you might have expected. There’s a clock placed on the upper dash, however, most of the layout and design seems to be carried across from the outgoing model.

Technology and creature comforts are likely to have been updated though, with a new driver mode toggle with up to five different settings being introduced, as well as a new sporty three-spoke steering wheel. 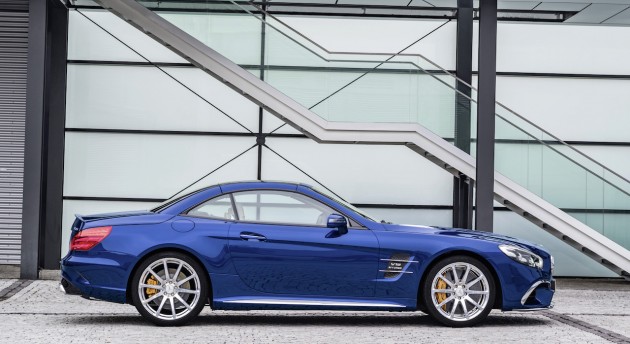 For us performance car fans the SL 63 and SL 65 AMG variants look perhaps hotter than ever, with lots of fashionable exposed carbon fibre body trimmings and dark mesh-style alloy wheels for the 63, and some neat side grilles in the front guards for both.

Powertrain details are yet to be revealed but we can probably anticipate a range of similar yet updated turbocharged engines, along with a nine-speed automatic transmission. All details will be revealed at the LA show, starting November 19.