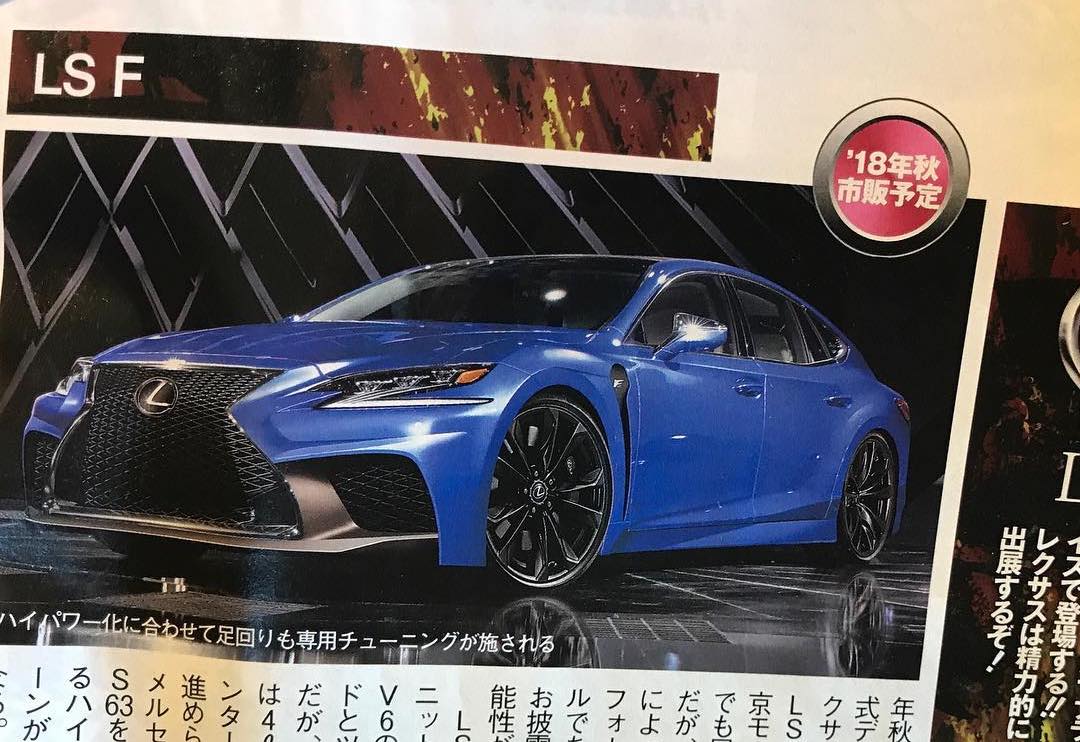 Lexus could be planning a high-performance version of its new flagship sedan, dubbed the LS F, with a Japan magazine suggesting it will debut at the Tokyo motor show in October. 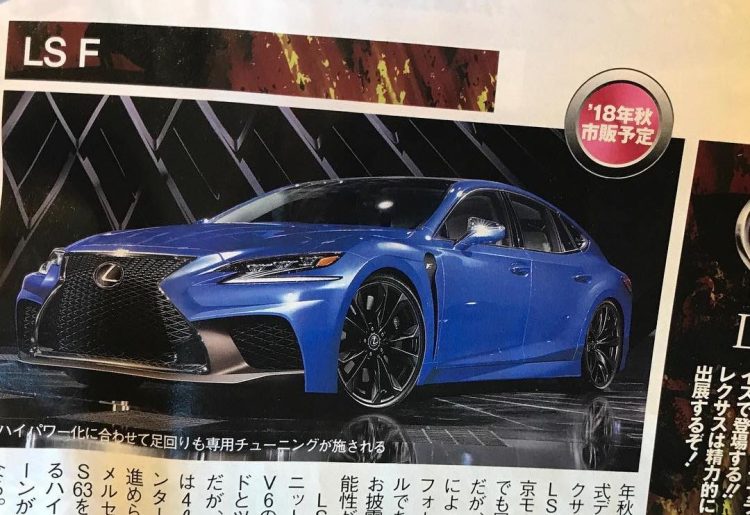 If any car in the current Lexus showroom deserved an F variant it would be the new LC coupe in our opinion. Nonetheless, a magazine from Japan seems to indicate there is an LS F coming (first). Some photos of the magazine were posted up in Instagram by JZS International, showing depictions of an LS F performance sedan.

The image of the car does appear to be a digital rendering and not an official image, however, the idea of an LS F is perhaps more pressing. Rumours suggest it will debut an all-new 4.0-litre twin-turbo V8 producing between 430-450kW. This would be Lexus’s first-ever twin-turbo V8 production engine.

If this turns out to be accurate, Lexus will have a proper competitor to the likes of the Audi S8 and Mercedes-AMG S 63. At the moment the LS’s fruitiest powertrain is a new 3.5-litre twin-turbo V6 that churns out a respectable-but-not-lethal 310kW. In other words, Lexus does have the technology for twin turbochargers.

This is all just a rumour at this stage, but what we’re most excited about is, if it turns out to be true, the potential of a follow-up performance car in the form of an ‘LC F’ coupe. If Lexus builds a bespoke twin-turbo V8 it will want to share it around its fleet to spread costs. Maybe we’ll see it in the next GS F? Only time will tell. We’ll be sure to keep you updated.