The latest Nissan GT-R is so quick, it’s competition is no longer cars but jet airplanes, it seems. Nissan of Germany has put together a bit of a race between the GT-R and a Hawker Hunter subsonic jet fighter. 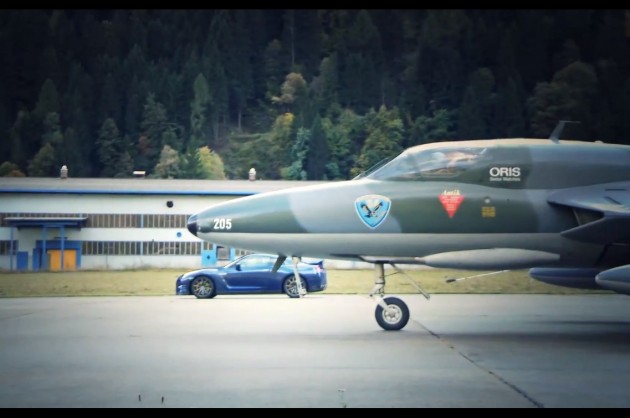 With an official 0-100km/h time of just 2.7 seconds, the GT-R is easily the quickest car on sale in Australia right now. The performance comes from a relatively modest-like 3.8-litre V6, however, it is boosted to 404kW by two turbochargers.

This kind of engine power is serious enough, but with Nissan’s renowned GT-R all-wheel drive drivetrain underneath, and launch control, it offers incredible acceleration.

So, at least on the ground, could the GT-R possibly beat such a weapon? Click play below to find out.
(Unless you understeer German, it’s best to fast-forward until around the 4:00 mark.)