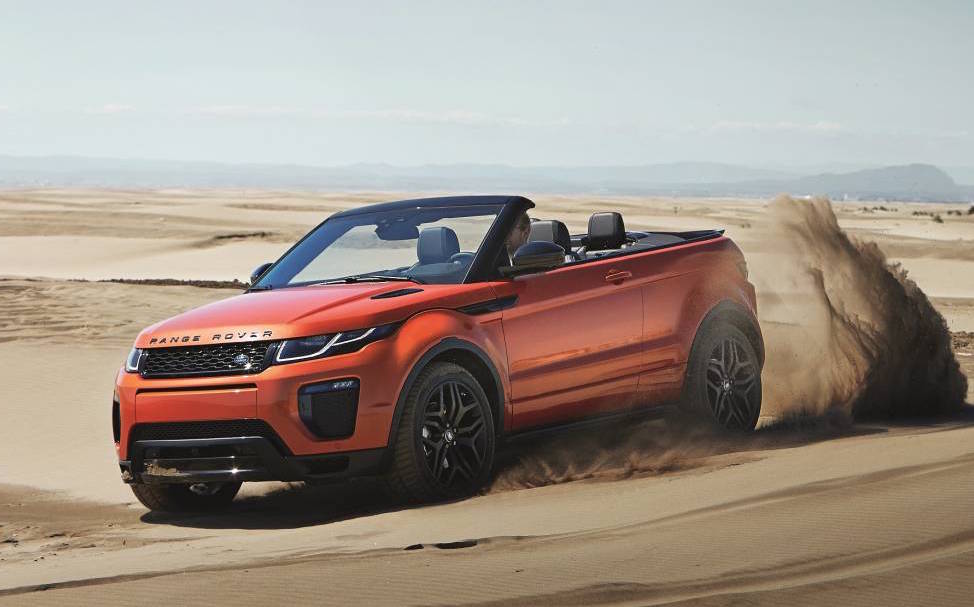 After a number of concepts and prototype previews, Range Rover has finally unveiled the production Range Rover Evoque Convertible. It’s expected to boost the Evoque’s already high popularity by quite a margin. 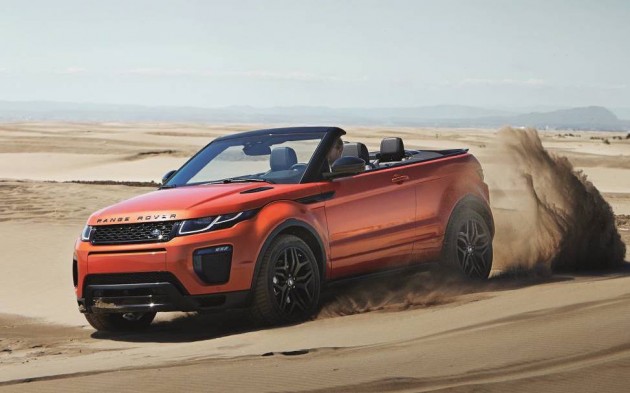 It’s being labelled as the world’s first luxury compact SUV convertible, featuring all of the luxuries and presence of Range Rover along with the open-top atmosphere and sportiness of a roadster.

The global SUV market is projected to grow by around 20 per cent by 2020, meaning more and more buyers are wanting SUVs. Range Rover says the Evoque Convertible will plan a key role in continuing the brand’s 45-year success and pioneer an all-new SUV segment.

Those who love the design of the Evoque will love the new drop-top. It’s based on the three-door model, featuring a fully retracting electric-folding roof that completely opens up the cabin. It takes 18 seconds for the roof to be folded down, and 21 seconds to be raised back up. This can be performed at speeds up to 50km/h.

Despite needing space to store the roof when it’s down, cargo space stands at a respectable 251 litres. There’s also seating for four adults, as well as the latest dash layout featuring a 10.2-inch touch-screen interface with InControl apps.

Land Rover is offering the Convertible with both diesel and petrol engines, with the range topping out at the Si4 2.0-litre turbo-petrol, producing 177kW. Two trim levels are also being offered, including SE Dynamic and the top HSE Dynamic.

In Australia the unique new model will launch during the third quarter of 2016. Four variants will be offered, with prices starting from the following (excluding on-road costs):