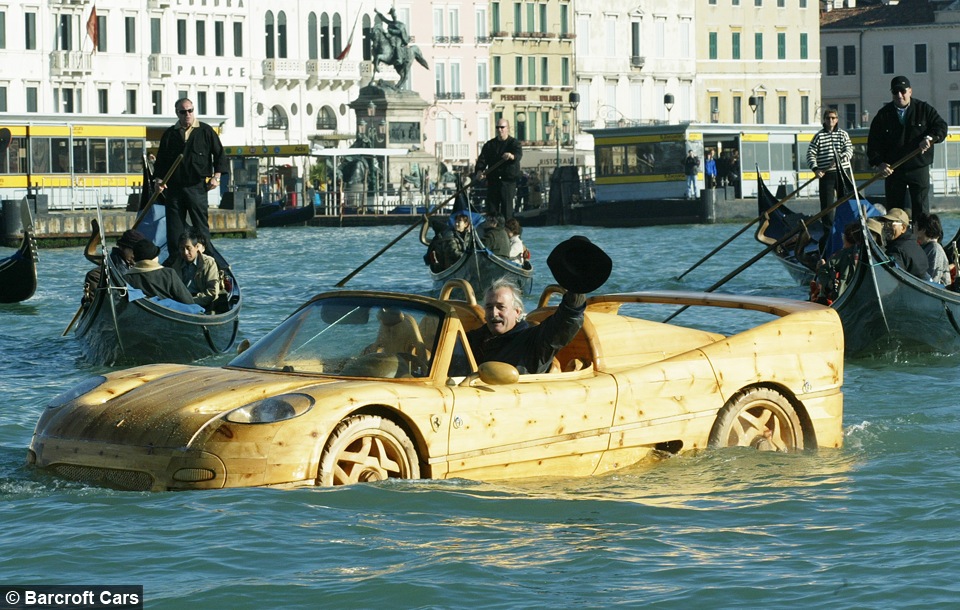 If Livio De Marchi had crossed the Grand Canal in a gondola or a water taxi, the myriad of people swarming the picturesque streets of Venice would probably never have stopped in their tracks to stare at him in mild adoration. But that is exactly what they did, since the Italian sculptor chose to travel the postcard-perfect waterway in a Ferrari F50. 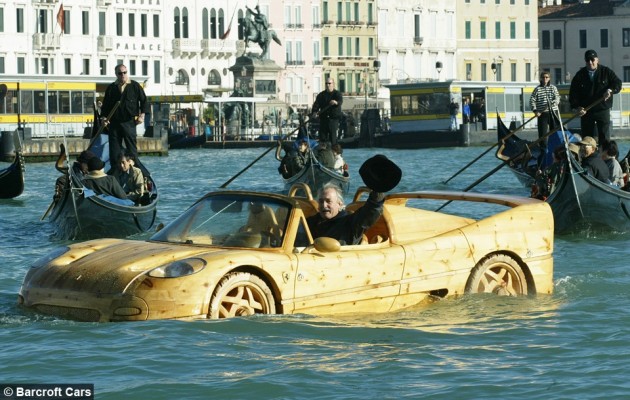 Relax, signor De Marchi did not steer a dream car headlong into the channel’s blue depths. In fact, he spent five months chiselling and polishing a giant block of pine wood, which resulted in a water-worthy replica of the carbon fibre supercar, including a personalised license plate. The gleaming brown amphibious vehicle tips the scales at around 900kg and boasts a modest Yamaha boat engine.

Initial inspiration for this project came when the timber wizard and his son sailed along the Grand Canal, where their little boat had to parry the groping claws of waves caused by much more muscular vessels.

“This stream has become nothing less than a freeway,” claims De Marchi. “With my wooden Ferrari, I endeavoured to bring back Venice as it was 200 years ago, when you could still cruise the rivers in a peaceful way.”

Crafting this F50 is most definitely not the Italian’s maiden trip. Earlier, his carving skills led to recreations of a 1937 Jaguar, a Mercedes, and a Volkswagen Beetle. One of his woodworks even made it to his daughter’s wedding, which he gave an instant glamour shot by presenting the bride with a magnificent pumpkin carriage that would have made Cinderella herself green with envy. And yes, it featured wooden horses.

All those who did not find the hoped-for Ferrari under the Christmas tree might as well invest their pennies in a top-notch carving class. For starters, plant an axe in that decorated household conifer – just in case the course requires BYO materials.

Head over to the Barcroft Cars website for more info and images.