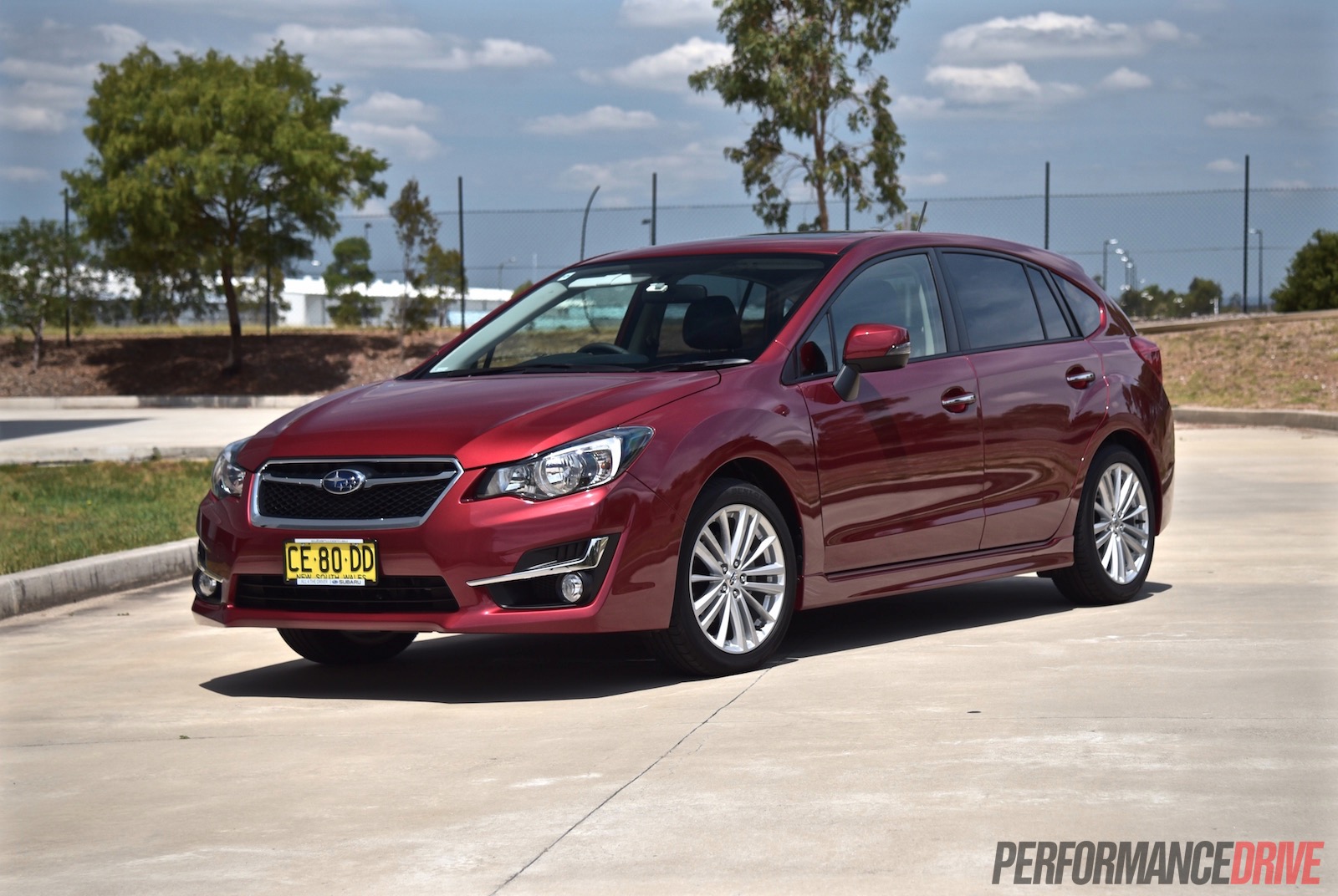 The small car market is one of the toughest in Australia at the moment, as well as being one of the most popular. How does the 2015 Subaru Impreza 2.0i-S fit in? And is it a proposition worthy of your consideration? 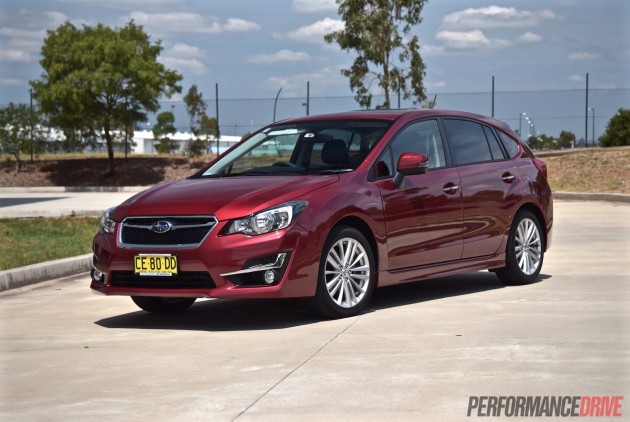 Subaru is renowned for being one of Japan’s premium carmakers, often infusing its robust rally pedigree with high-quality interiors and innovative powertrain solutions. The company is usually on the forefront of technology as well, and has a rich history in reliability and dependability with its vehicles.

The MY15 Impreza range was announced in April. It saw the introduction of a number of new safety features, a higher quality interior, updated styling, and significantly sharper pricing.

Here we’re testing the flagship model, called the 2.0i-S. It’s available as a hatch or sedan with a CVT auto only, both of which share a $27,400 starting price. This is down $3590 compared with the previous model, before the free trade agreement with Japan was signed. 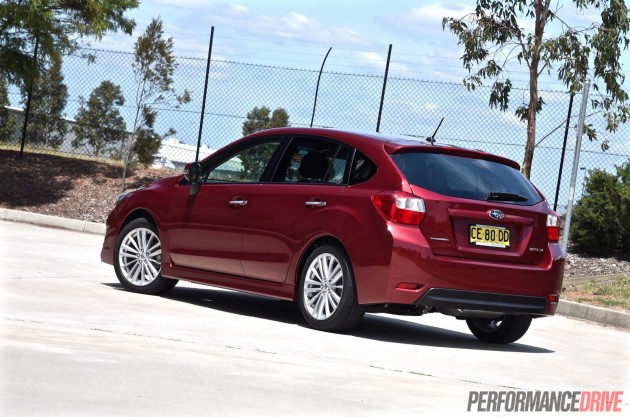 You may have heard people describe a car as being ‘easy to live with’. This is perhaps one of the most important aspects to a practical small car; it needs to be easy to live with. This is an area where the Impreza shines very bright indeed. From the moment you step into the cabin, you get the sense Subaru wanted to make sure this car is for everyone.

Visibility in the latest Impreza – and even WRX – range is superb. The dash is quite low and the thin A-pillars provide a clear wide view of the road ahead. There’s nothing structural or design-wise that disrupts the driver from concentrating on driving. Aside from an almost overwhelming array of four different LCD screens for various readouts (climate, trip computer, media, instrument cluster), all of the controls are laid out in a conventional sequence on the centre dash stack, with most of the on-board functions accessible via the main touch-screen interface.

For the 2.0i-S variant, Subaru has fitted its 7.0-inch screen to the dash. This is the same unit that’s featured in some of the company’s higher end models such as the Liberty and Outback. Lesser variants get a 6.2-inch system. For the 7.0in unit users can enjoy various in-built apps, including Pandora music streaming (without ads), and satellite navigation. We find the menus and general layout to be quite intuitive, with a decent spread of quick jump-to buttons surrounding the screen for easy on-the-go access.

Subaru says it has improved interior quality for the latest range, and you can definitely notice and appreciate it. For a vehicle in this class, the interior has a distinct premium character about it, with leather seats, an electric sunroof, and an electric driver’s seat fitted as standard. Fit and finish is excellent, with no rattles or interior creaks to report.

In terms of practicality, seating space in the front and back is easily at the benchmark for the segment. Headroom is plentiful in the front and back too, with a low floor providing ample rear legroom and comfort. There’s also two USB ports in the back so the kids can keep their electronic dependencies alive and charged at all times, with another two in the front. Boot space stands at 340 litres, and 771 litres with the rear seats folded. This is about average for the class, and adequate for family shopping and general duties. 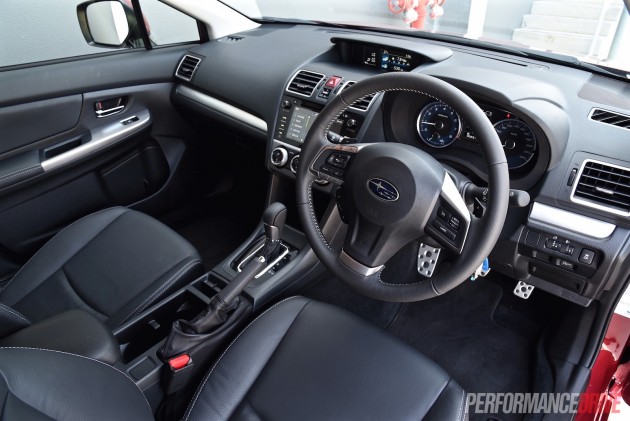 All MY15 Impreza variants in Australia come with a 2.0-litre naturally aspirated four-cylinder petrol engine, adopting the company’s traditional boxer layout. It produces 110kW and 196Nm. It’s not the most powerful unit the class, especially for a top-shelf variant, nor is it the most economical in terms of the official average; 6.8L/100km.

Pair this with a single-mode CVT automatic transmission and you’re left with a very slow proposition. We timed 0-100km/h in a yawningly slow 10.6 seconds, which is actually quicker than Subaru’s quoted time of 11.1 seconds. Obviously this kind of vehicle isn’t designed for straight-line performance, however, either are any of the rivals. But, most rivals offer significantly swifter acceleration, particularly the higher end rivals that are priced in line with the 2.0i-S.

To rub salt into the wound, fuel economy isn’t exactly class-leading either. The official average can’t match the best-sellers in the class; the less powerful 103kW CVT Toyota Corolla uses 6.1L/100km, and the slightly cheaper yet more powerful 138kW Mazda3 SP25 uses 6.1L/100km. We averaged around 7.8L/100km during our test in this example.

Most of these negatives can be put down to one big positive; the 1415kg kerb weight. Why is weight a positive? Well, it’s not directly but the reason for the weight is the all-wheel drive system. The Impreza 2.0i-S is the only car in its class to offer the security, safety, and confidence of all-weather all-wheel drive – if Subaru could reduce weight so that it’s nearer to the circa-1250kg rivals, we think the Impreza could be a much more competitive option.

Out on the road the Impreza is a really engaging and properly sorted vehicle. You can tell Subaru has engineered the car thoroughly from the start, remembering it provides the foundations for the famously capable WRX performance car. Around corners it’s neutral and well balanced, with loads of reassuring grip thanks to the AWD system. The steering is engaging too, offering a transparent mechanical feel.

In our opinion the CVT auto transmission doesn’t help with performance. It might be more economical than a conventional auto, but there is very little enjoyment to be had with it. Using the paddle shifters behind the steering wheel does provoke artificial steps and a climbing rev range, but, as tested, they don’t improve acceleration. In saying that, the fake gear changes are perhaps the most responsive we’ve ever experienced with a CVT. Initiating fake downchanges – as like all other CVTs – doesn’t really help wipe off speed. 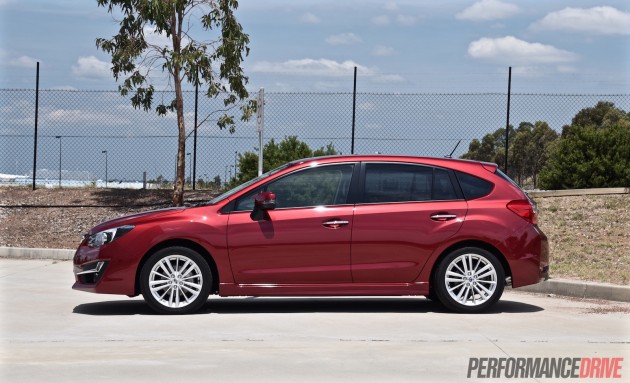 For us, the Impreza 2.0i-S is disappointing in terms of performance and economy. But on the plus side you get arguably the most capable chassis and driveline in the class, thanks to AWD, and one of the highest quality interior packages. Add in Subaru’s renowned reliability history and well-established pedigree and you have yourself an option well worth considering.

Subaru Australia has confirmed the order books for the MY2023 BRZ are now open, following an initial allocation of 500...