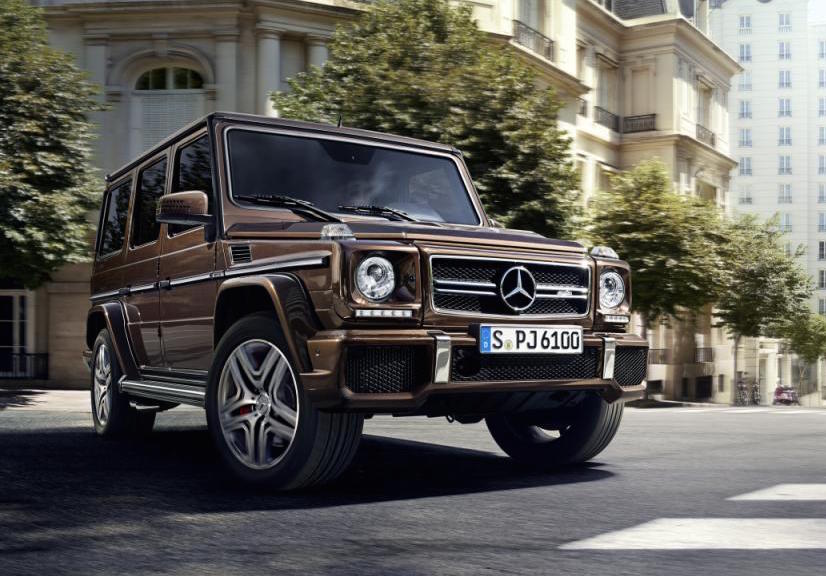 The updated 2015 Mercedes-Benz G-Class wagon has been revealed, with the new G 500 getting a 4.0-litre twin-turbo V8. Outputs are also lifted for the diesel version. 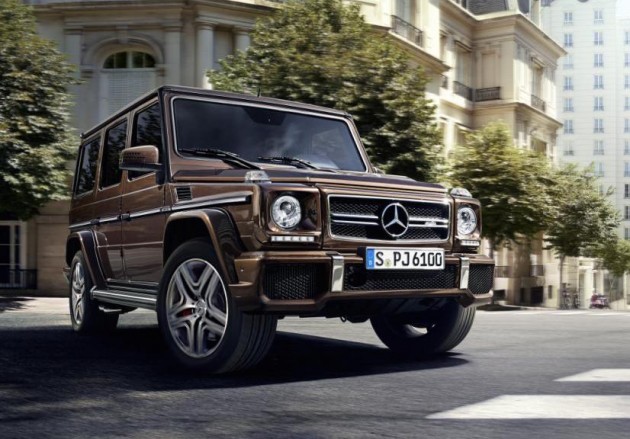 In terms of styling changes, they are limited to keep the robust look of the G-Class alive. There are some revised bumper bars though, and bigger wheel arch extensions taken from the AMG version.

Under the chisel-jawed bonnet, the G 350d now produces 180kW (up from 155kW) and 600Nm (from 540Nm), with the 0-100km/h sprint coming up in 8.9 seconds. Mercedes says fuel consumption has been reduced, however, specific figures are yet to be announced.

Other updates for the range include new alloy wheels, with 18-inch items standard on the G 350d, and new colour options and two-tone themes, as well as a revised suspension system for the standard models to improve body control and on-road comfort.