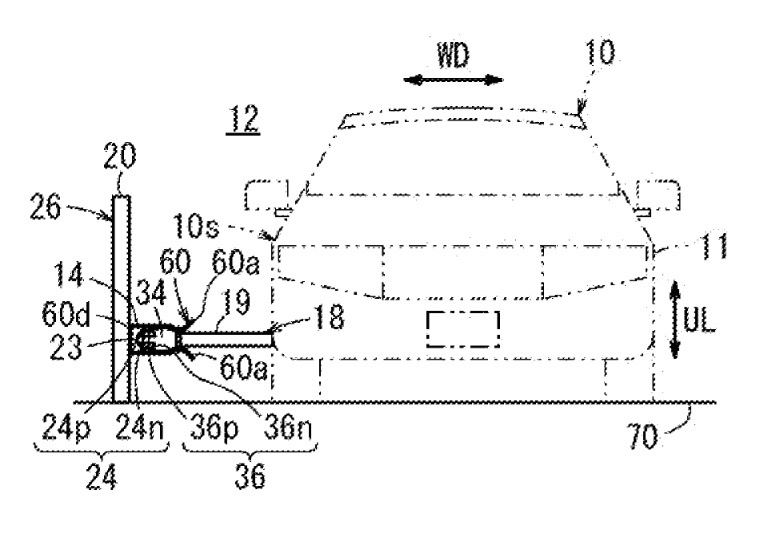 Honda, keen on exploring new ways to charge electric vehicles in the future, has submitted a patent application detailing a unique contact charging arm reaching from the car to an electrified third rail. 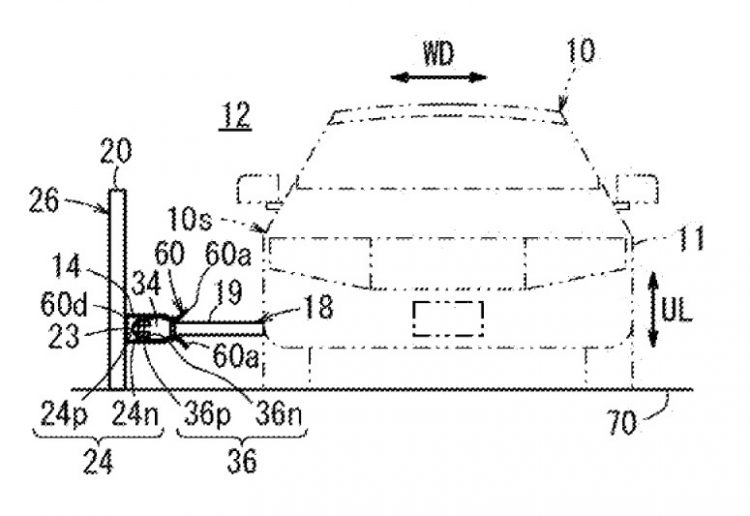 The application, submitted to the US Patent Office for the second time on May 4, 2016, works similarly to how trains get their power while on the move. Judging by the drawing included in the patent application, the vehicle would connect to an electrified rail via an extending arm with an electrical conductor located somewhere on the lower side profile of the car.

Whether or not this design would be practical in a real-world situation remains to be seen, however, it does signal a trend in the EV industry toward designing new methods of charging electric vehicles over the traditional plug-in approach.

Earlier this year Proterra took a leaf out of Tesla’s books, with CEO Ryan Popple announcing it would: “[open patents of its] overhead on-route fast-charging technology to the transit industry on a royalty-free basis”, allowing anyone to access its 23 patents.

At the moment Honda only offers one hybrid model (in Australia), the Accord Sport Hybrid, soon to be joined by the upcoming NSX. It doesn’t currently offer an EV model but it has toyed with hydrogen quite a bit, with the overseas FCX, and used to offer an entry-level hybrid sports car in the form of the CR-Z. 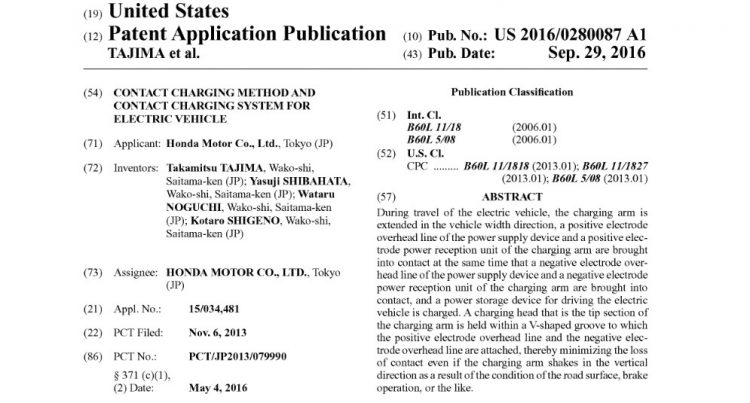