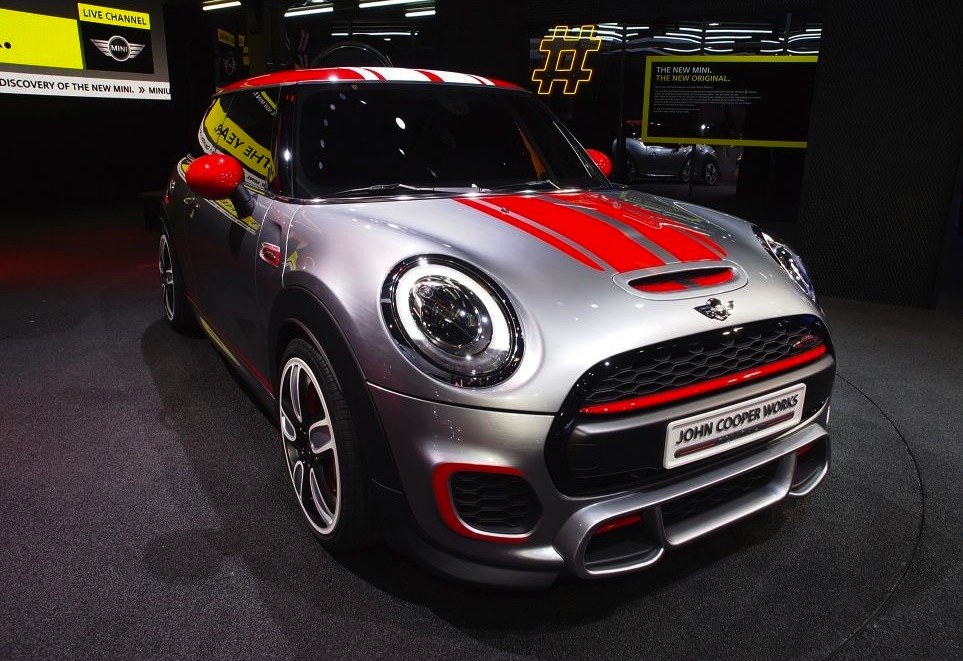 A concept version of the upcoming MINI John Cooper Works based on the recently revealed 2014 MINI Cooper has been unveiled at the North American International Auto Show in Detroit. 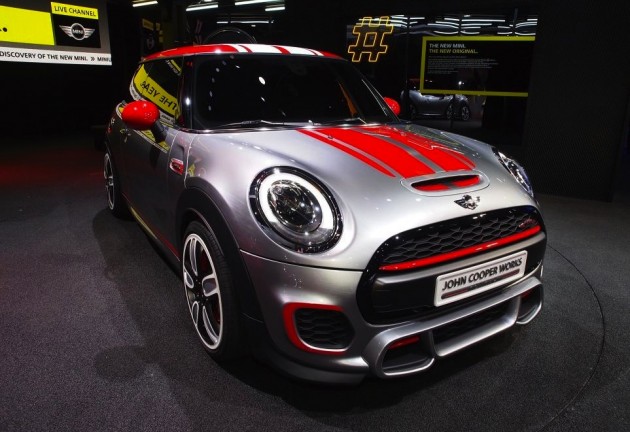 This is the first time the public has had a chance to see the concept in the flesh. It features a rather fetching grey and red racing colour scheme with white stripes over the roof, lots of spoilers and wings to help with aero and downforce, and a set of 18-inch alloy wheels to top it off.

Like the regular MINI Cooper, the new John Cooper Works is larger than the outgoing version, with increased interior space and more boot space. It is likely to be slightly heavier as a result, although, official details are yet to be finalised.

Underneath, the John Cooper Works concept sits on the BMW UKL1 platform which is BMW’s first ever dedicated front-drive platform. It will be used in a production BMW in the near future, as well as form the foundations for almost all new MINI models down the track.

MINI is yet to spill the beans on the propulsion details of the performance JCW, however, the production version is expected to come with a 2.0-litre turbocharged four-cylinder producing around 162kW.

More details are likely to be uncovered later in the year, closer to the regular Cooper’s market launch.