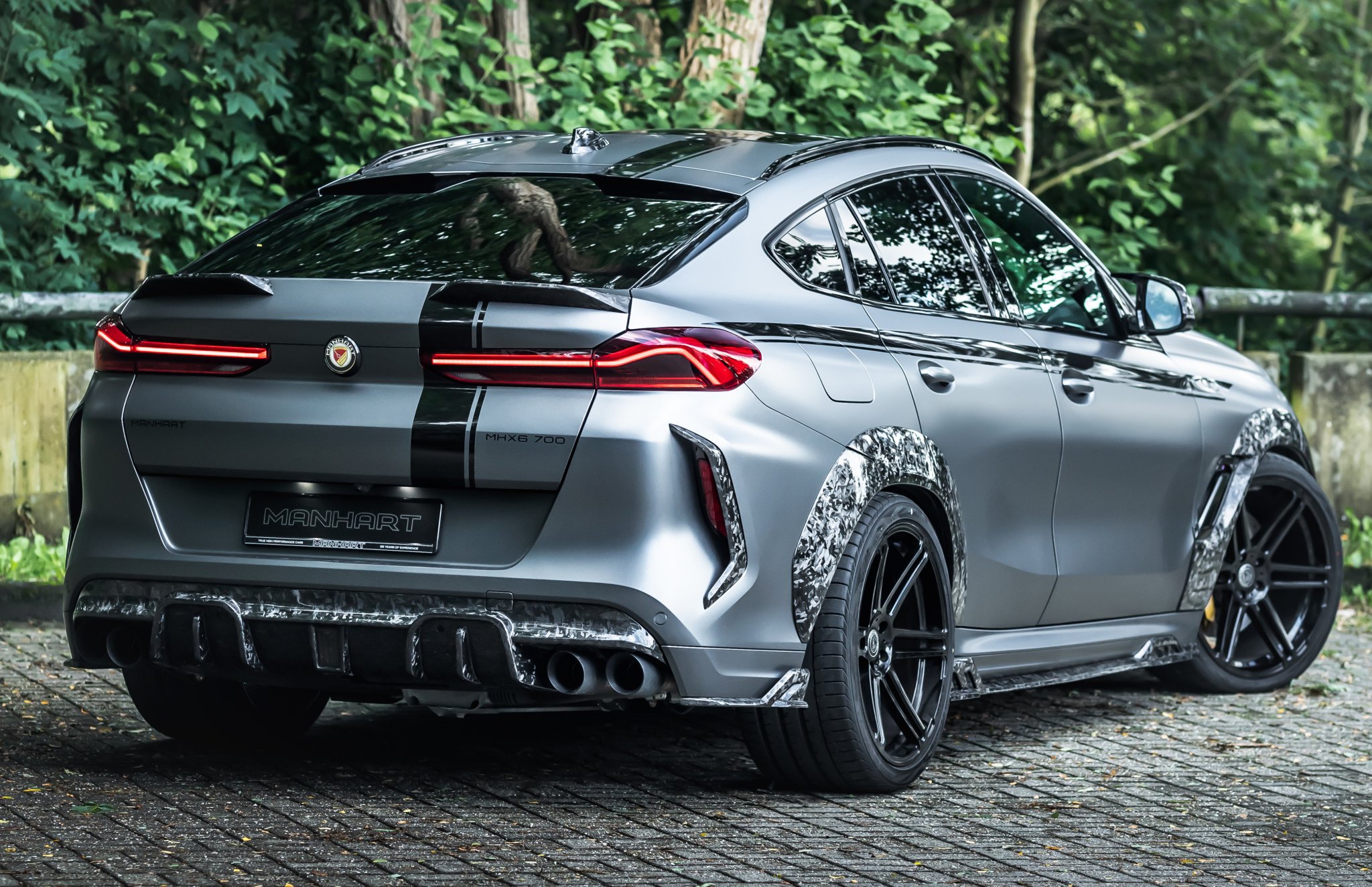 German tuning house Manhart has taken a look at the latest BMW X6 M and determined it’s nowhere near aggressive enough… hence the introduction of a new performance kit, adding even more power, unique carbon finishes and a heap of aggression to the X6 M’s resume. 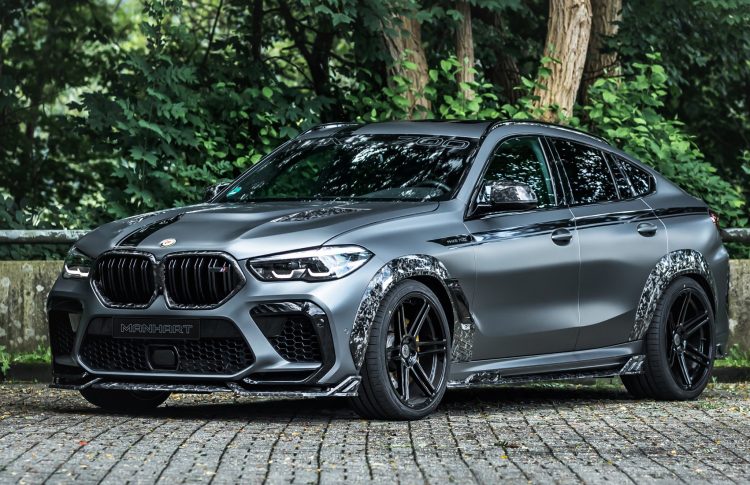 The company hasn’t minced their words, either, stating that it “sent the X6 M Competition to the gym” again, where it visibly and noticeably trained its muscles.

It’s known as the Manhart MHX6 700WB, and while the name might be difficult to swallow, all you need to know is that it’s one of the most unique looking, and most powerful kits for the X6 you’ll find around the globe.

First off, it’s hard to look past the unique carbon fibre elements surrounding the wheel arches, front splitter and rear diffuser, which have been given a seemingly unprecedented design that mirrors that of a granite kitchen top you might find in a billionaire’s hideout. And it’s in a widebody design that isn’t afraid to shout across the pub floor and start a fight. 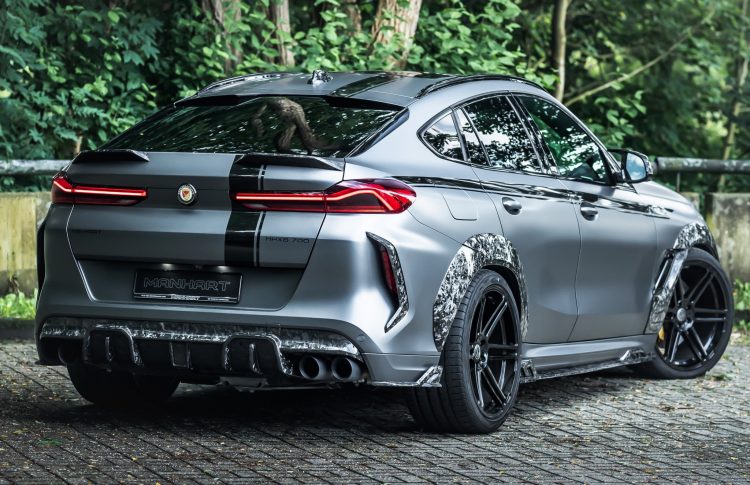 The kit includes 24 pieces of the artistically-forged carbon elements, which have been designed with irregularity, rather than the standard linear finish, as the focal point of the carbon fibre itself. You be the judge as to how the kit looks on the X6 M’s body, but there’s no denying its presence.

The upgrades go far further than skin deep, however. Thanks to Manhart’s experience with modifying engines for even more performance, it means the MHX6 700WB benefits from a remapped ECU that increases power from 460kW/750Nm, up to 544kW/900Nm. A new stainless steel exhaust system is also added, eliminating the catalytic converts and particulate filters for a purer exhaust note. 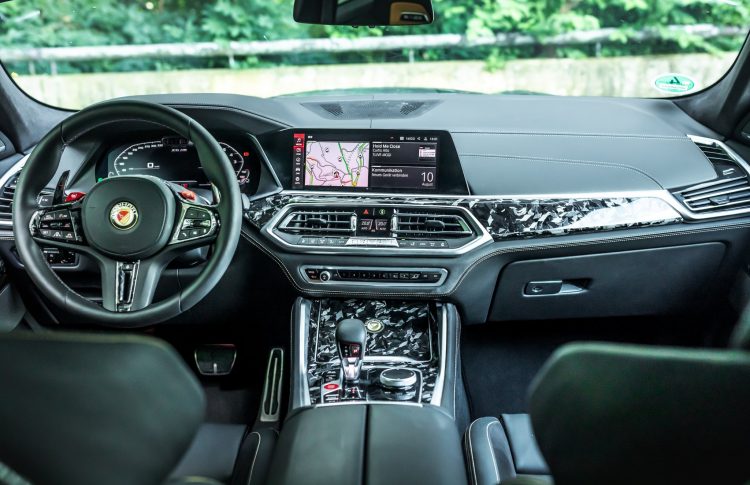 Manhart has fitted the MHX6 700WB with a set of 22-inch double-spoke forged wheels wrapped in 295/30R22 front and 315/30R22 rear high-performance tyres. The SUV also sits 30mm lower thanks to H&R springs, as part of the Manhart suspension package.

To match the exterior styling, Manhart has packaged the interior of the MHX6 700WB with an excessive amount of carbon fibre, with twelve pieces of forged carbon covering the dashboard, centre console, door panels, sport seats and wheel-mounted paddles.

Manhart hasn’t given us any prices for the upgrade, but considering just how significant the mechanical upgrades are, alongside the unique carbon fibre elements, don’t expect it to come cheap.