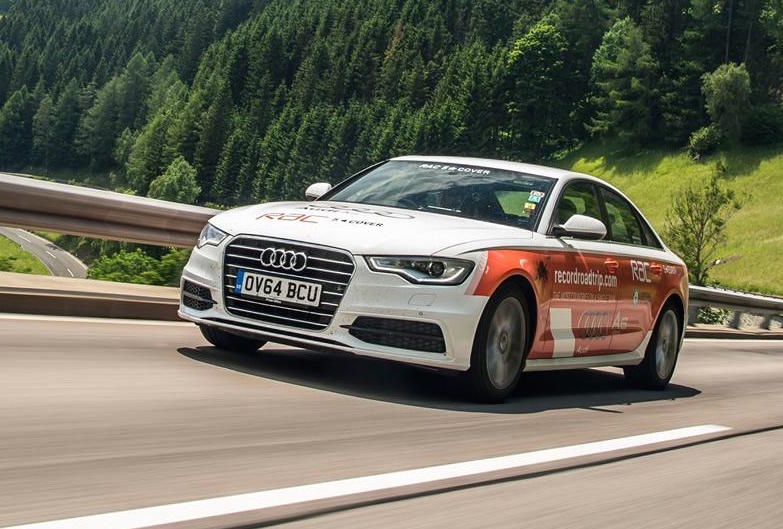 Audi has just set a Guinness World Record for the longest trip without refueling, after one of its A6 2.0 TDI models managed to cover 14 countries on a single tank. 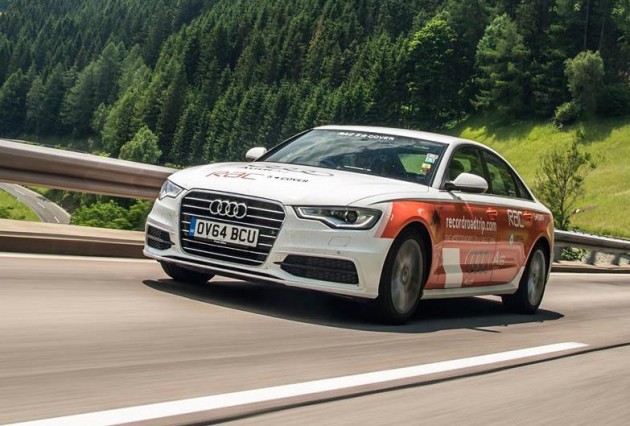 Motoring journalist Andrew Frankel and racing driver Rebecca Jackson were driving the A6 2.0 TDI for almost 28 hours with only a few stops.

Driving at an average speed of 80km/h, the A6 managed to average 3.7L/100km, bettering even the official average economy figure of 4.2L/100km. The Audi A6 has a 73-litre fuel tank. Audi’s head of PR in the UK, Jon Zammett, had the following to say:

“By covering so much of Europe on a single fill-up, we have proven that real-world economy of almost 76 mpg or more can be had from the latest engine technology. The Audi A6 TDI ultra has proven the range capability of one of the world’s most advanced executive cars.”

Audi had prepared the route beforehand, carefully constructing an itinerary that would avoid congestion around larger urban areas.