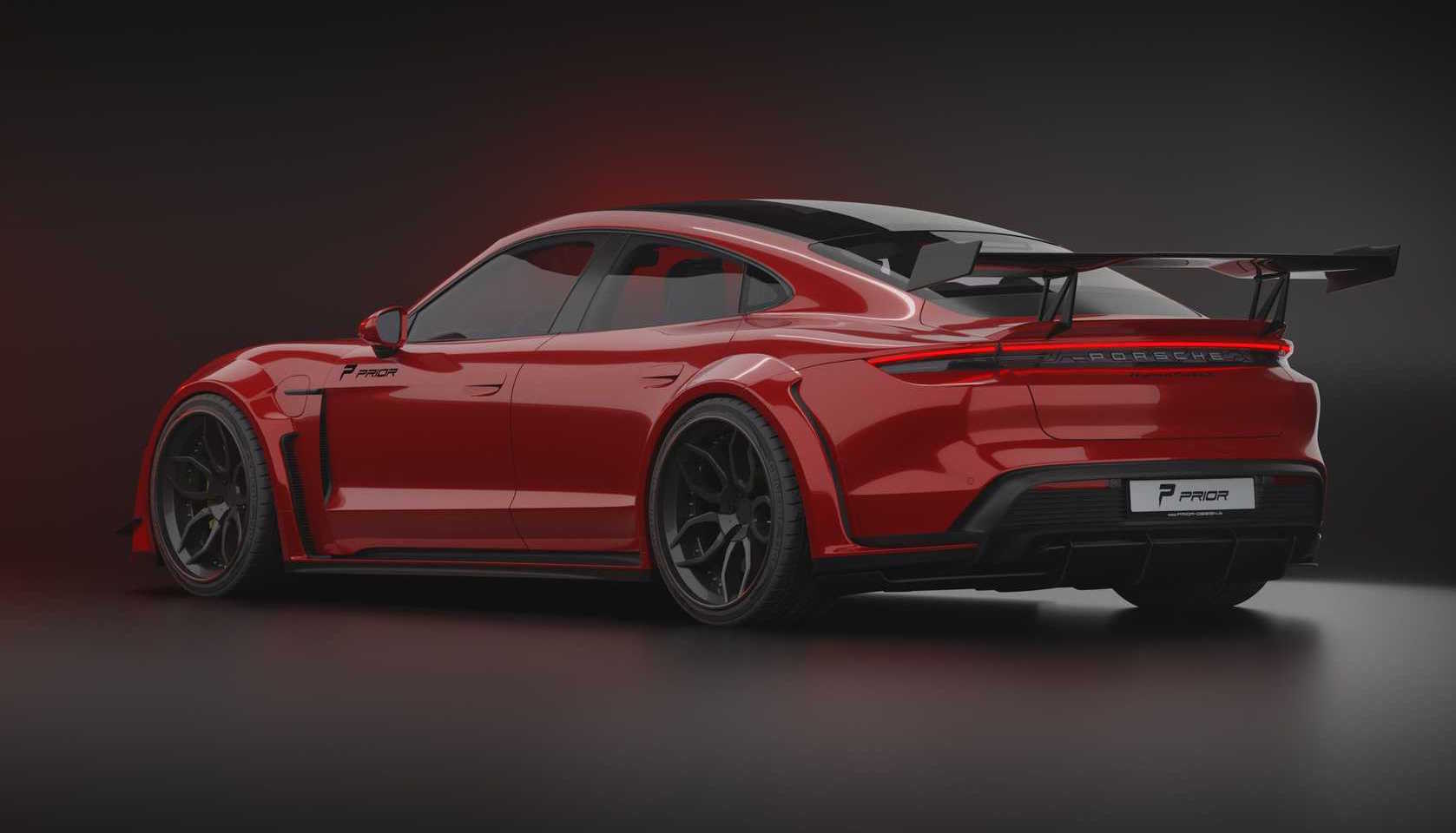 Yes, the future is here. The aftermarket tuning world is now just as much about electric vehicles as it is petrol-powered ones. And so we welcome you to Prior Design’s latest kit for the Porsche Taycan sports sedan. 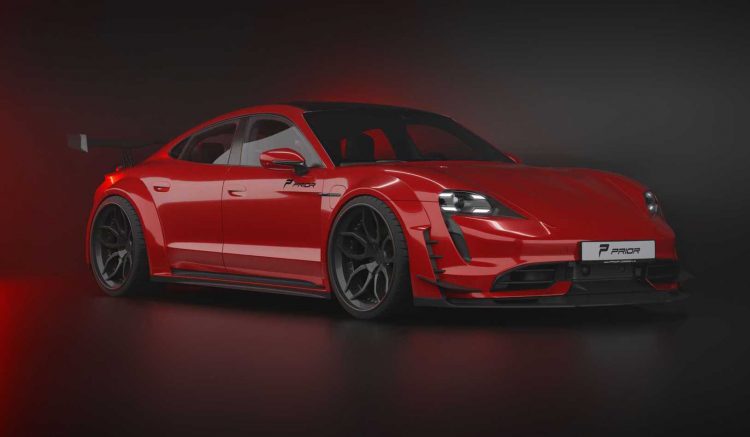 The Porsche Taycan Turbo S is already a factory 10-second car down the quarter mile. In other words, there probably isn’t much left to do in terms of powertrain tuning. In fact, the MY2021 update announced recently saw the claimed quarter mile time drop from 10.8 to just 10.7 seconds. That’s extreme supercar territory right there.

So instead of concentrating on power upgrades for the 800V electric system, Prior Design has crafted a rather muscular wide-body aero kit for the sleek sedan. Custom wheel arch extensions provide 60mm of added width at the front and 100mm at the back. These envelop a set of 22-inch five double-spoke wheels which are nicely dished and finished in gunmetal grey.

At the front, Prior Design has created a much more aggressive face for the electric car, with additional vents and intakes via a bespoke front bumper bar, vertical intakes that drip down from the headlights, and a finned vertical intake stack running down those massive wheel arches. 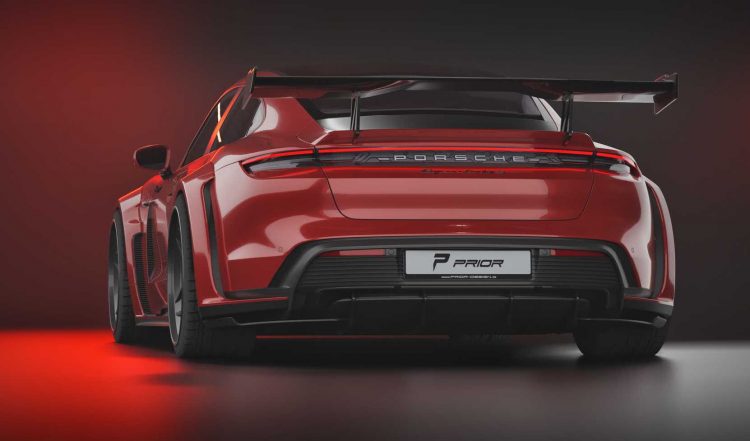 A custom side skirt connects the front and rear wheel arches, and matches the lower lip at the front in black. And then around at the back you can’t miss the huge motorsport-inspired wing which is mounted with two struts. A completely unique rear bumper bar has also been designed and features a large black diffuser section with chunky fins.

All of the enhancement parts can be made from carbon fibre for ultimate lightness and exotica, while customers can also preference a more subtle upgrade package without the full-fat blistered wheel arches. Although, we think they look awesome. From the back in particular, this thing looks mean. What do you think?