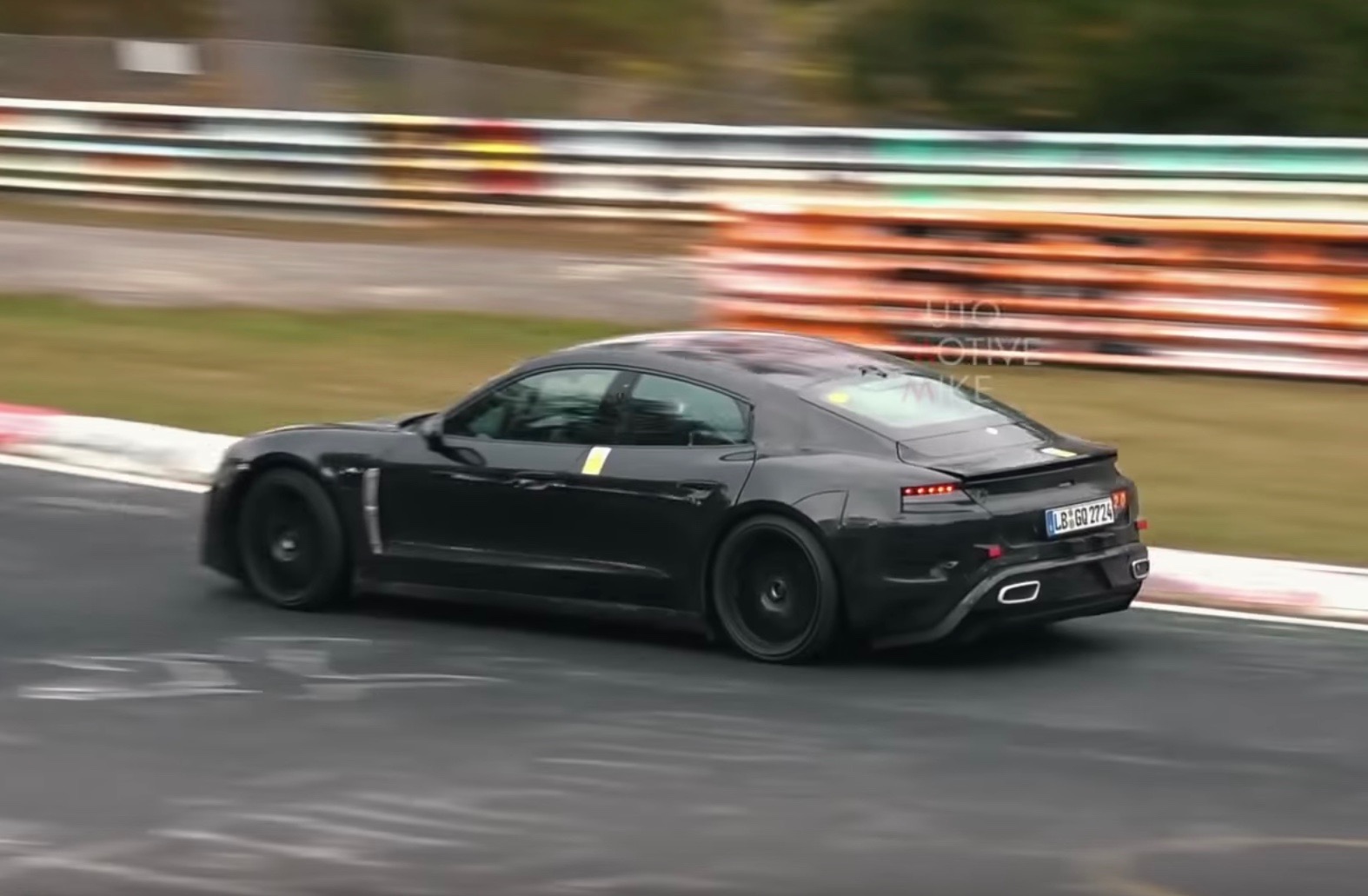 Porsche has been spotted doing what are thought to be some of the final tests at the Nurburgring in the upcoming Porsche Taycan. The all-electric sports sedan looks effortlessly quick, and very flat on the notorious circuit. 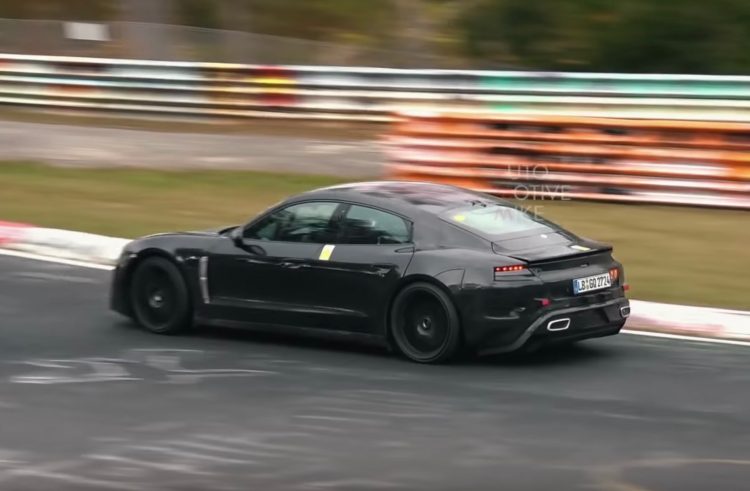 This might be the last time we see the Taycan on the Nurburgring as testing at the track will soon close down for the European winter. Porsche has said the Taycan will hit the showroom in 2019, which obviously doesn’t leave much time for another Nurburgring season.

We already know plenty of details about the new model. It will come in as Porsche’s first fully electric model and is set to pave the way for more electric models in the future. Or rather, electric powertrain options for existing models. There have been rumours that Porsche is working on an electric version of the 718 Boxster and Cayman, which could borrow some of the technology created for the Taycan.

Power in the Taycan comes from an 800-volt electric system that dishes out over 440kW. This is sent to two electric motors, with one at the front and one at the rear axle. The company predicts a 0-100km/h time of well under 3.5 seconds, and a 0-200km/h time of under 12 seconds. At this rate, it will be as quick as some hardcore supercars.

With a fully charged battery the car is set to offer a range of over 500km. And unlike some electric vehicles, Porsche says the Taycan will offer similar performance at all battery charge levels. In other words, you won’t need 100 per cent charge to experience the full acceleration potential.

So, what about this prototype. Well, it seems to have the same camouflage from previous prototypes that have been spotted. The camouflage is mostly makeshift panels and black sheeting to conceal the finer details, such as the headlight and taillight designs, and the bumper bars. It’s funny seeing quad-outlet exhaust pipes poking out from the rear, despite there being no exhaust gas to expel.

The test driver appears to be pushing fairly hard around the circuit. It certainly looks quick, with immediate, relentless get-up and go exiting the corners. Check it out below. There’s no need to turn the volume up with this one, unless you like the sound of tyre roar and wind noise.