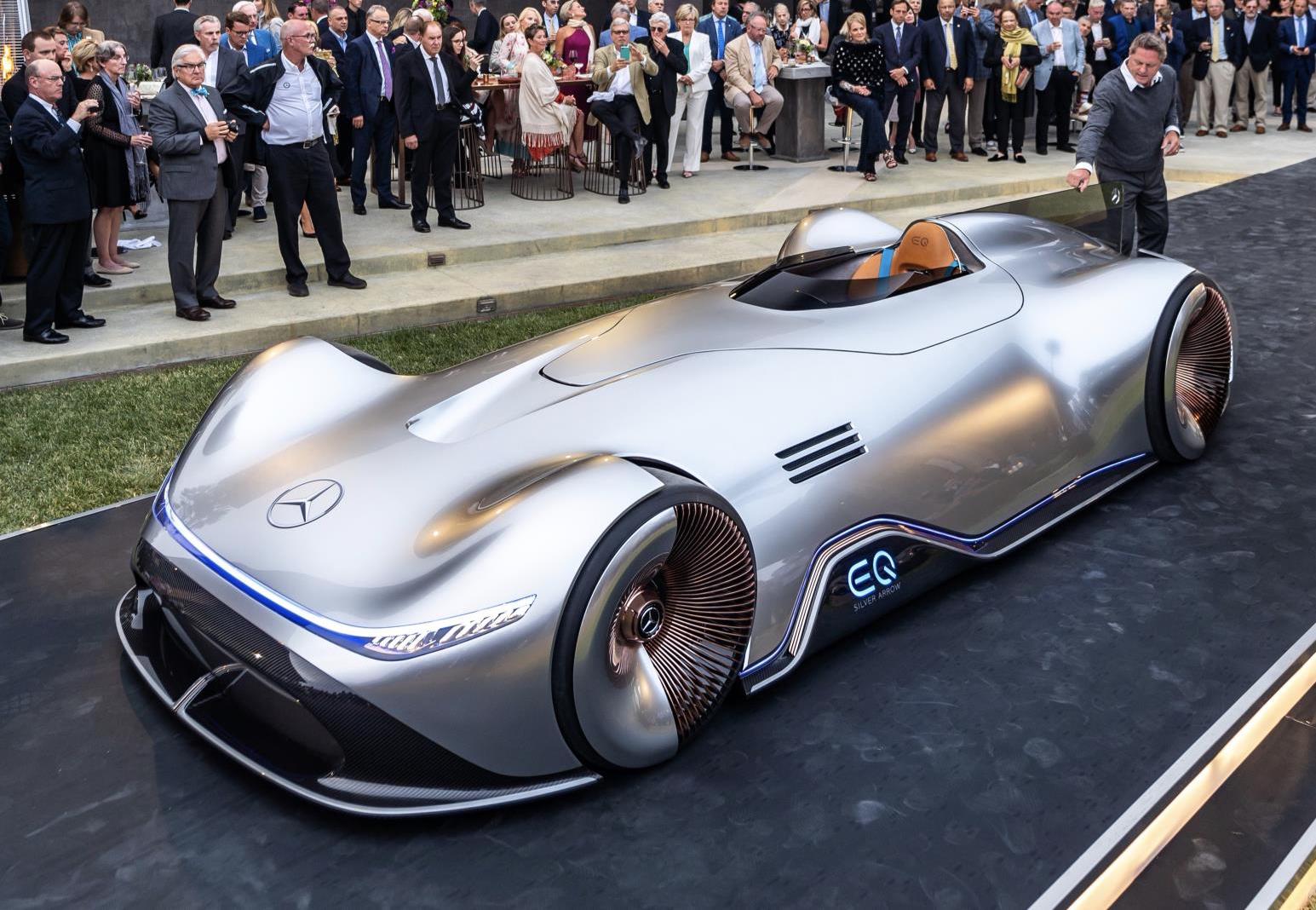 Yet another crazy supercar concept made its debut over the weekend during the Monterey Car Week events, with the unveiling of the stunning Mercedes-Benz Vision EQ Silver Arrow. 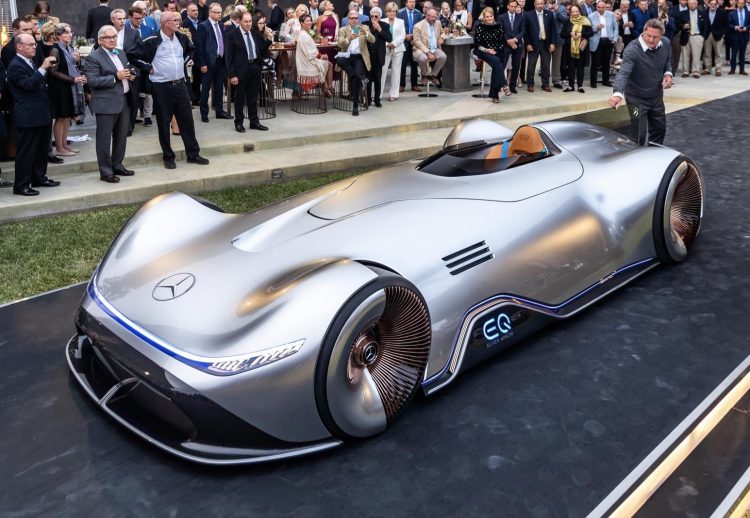 Its design is inspired by the W125 racing car from 1937, which broke the land speed record in ‘Rekordwagen’ trim, posting an average top speed of 432.7km/h on one of Germany’s autobahn highways. This new concept shares a similarly long-profile body as the classic, measuring 5.3 metres in length.

The concept’s body structure is made from carbon fibre to keep weight to a minimum and rigidity to a maximum, with alubeam silver paint draped over the top for that crisp look synonymous with Mercedes’s motorsport heritage. At the front is a functioning splitter system, with special vents in the sides to help cool the battery.

At the back there’s a chunky diffuser element, and above are two extendable spoilers that act as an air brake under extreme braking. From a top view at the back you can clearly see the resemblance to the original W125, with a protruding buttress highlighting its single-seat layout. 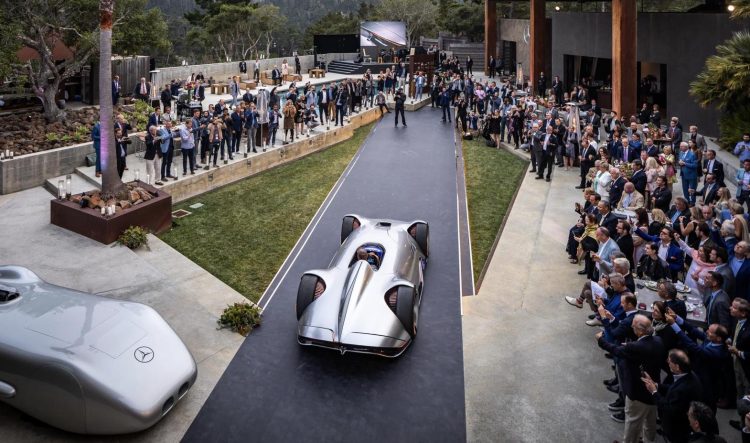 Take a look at the wheels. These are also inspired by the vintage era, with 168 spokes made from lightweight aluminium. Following the EQ tradition, the spokes are painted in a rose gold colour. Traction and grip is ensured via the wheel and tyre size, with 255/25 R 24 tyres on the front and massive 305/25 R 26 tyres on the rear. Speaking about the concept, Gorden Wagener, chief design officer at Daimler AG, said:

“Over 80 years ago, the historic Silver Arrows demonstrated that Mercedes-Benz was a pioneer when it came to speed thanks, among other things, to their streamlined shape. The Vision EQ Silver Arrow draws on that legacy. Intended for acceleration and driving pleasure, it embodies progressive luxury and provides an insight into the future of our design. As a result, the show car drives the design idiom of our new EQ product and technology brand to the top.” 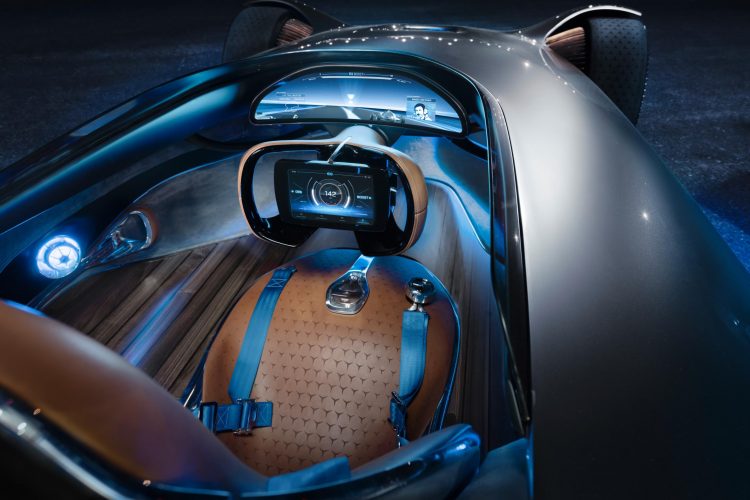 Unlike the Rekordwagen though, which was powered by a 5.6-litre V12 producing 542kW, the Vision EQ Silver Arrow is propelled by an electric motor system. It develops 550kW. This is thanks to an 80kWh battery that promises a driving range of about 400km. There’s no mention of its top speed, but with that much power it should be pretty darn fast.

Obviously, there are no plans to put the Vision EQ Silver Arrow into production. Some of the technology and design inspiration could be used to develop future electric vehicles though, under the EQ sub-brand.