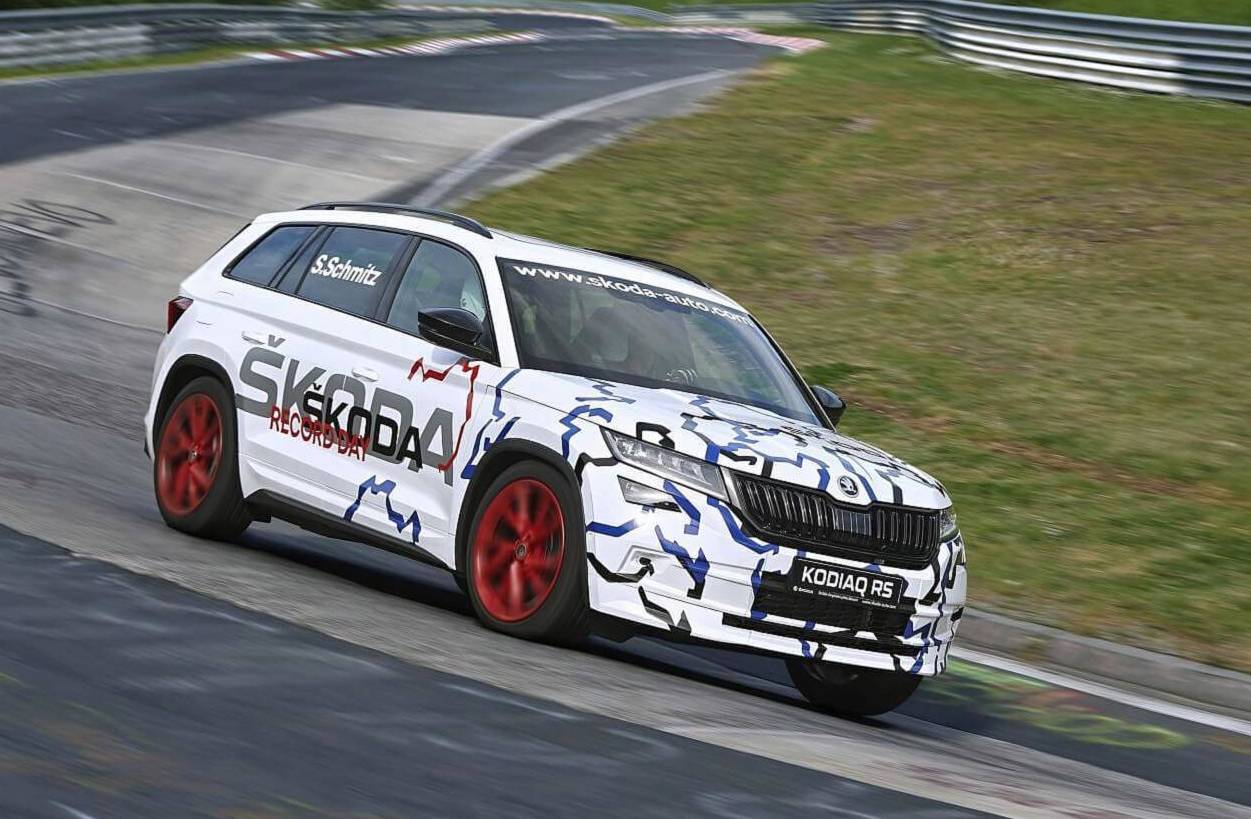 Ace Nurburgring driver Sabine Schmitz has taken out a new lap record for a production 7-seat SUV, using the upcoming Skoda Kodiaq RS diesel as the weapon of choice. 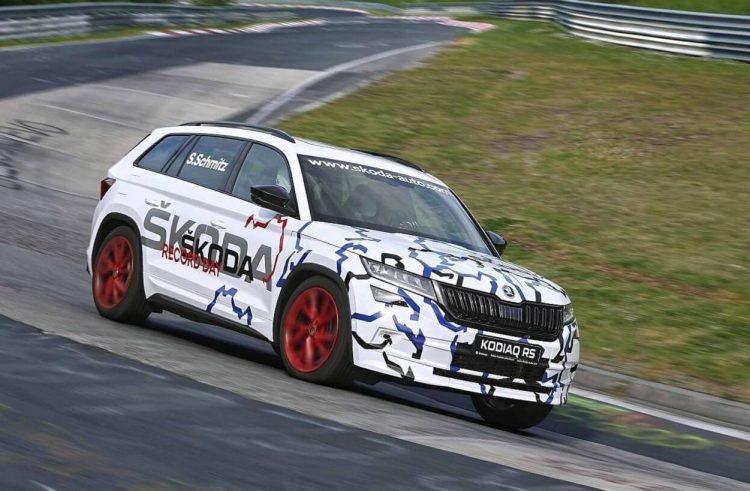 Yep, a diesel. Schmitz pushed the 7-seater around the 20.8km circuit in just 9:29.84 seconds. It was able to achieve the time thanks to a 2.0-litre twin-turbo four-cylinder engine that generates a commendable 176kW and around 500Nm.

Skoda says the vehicle was in complete road-going trim, with no special tweaks or enhancements to improve the time, compared with the vehicle customers will soon be able to buy. The RS is set to come with a range of sporty trimmings as it is.

As you can see in the video below, the Kodiaq RS will come with the complete RS treatment as featured on other models in the showroom. There’s a sporty front bumper bar and low spoiler system, side skirts, big alloy wheels with low-profile tyres, while the rear features a neat and tidy bumper bar albeit with a black diffuser area.

The interior is also set to come in for some spicy upgrades, with bucket-style seats for the front passengers, bespoke accents for the dash and door trims, and unique gauges, steering wheel and pedals for the driver. We can probably expect a smattering of RS logos as well.

While the lap record is hardly anything to scoff at, it is a record nonetheless. The new model won’t be about outright performance but it’s good to see it will be capable of providing a high level of fun and forgiveness behind the wheel.

The record could easily be swiped by a few carmakers if they wanted it. The new BMW X5 M50d with its quad-turbo diesel producing 294kW and 760Nm rings a bell, with the 7-seat option box ticked. Meanwhile the Mercedes-AMG GLS 63 with its 430kW twin-turbo V8 could probably produce a quicker time as well. Either way, you can check out the promo video below to see how it all happened.