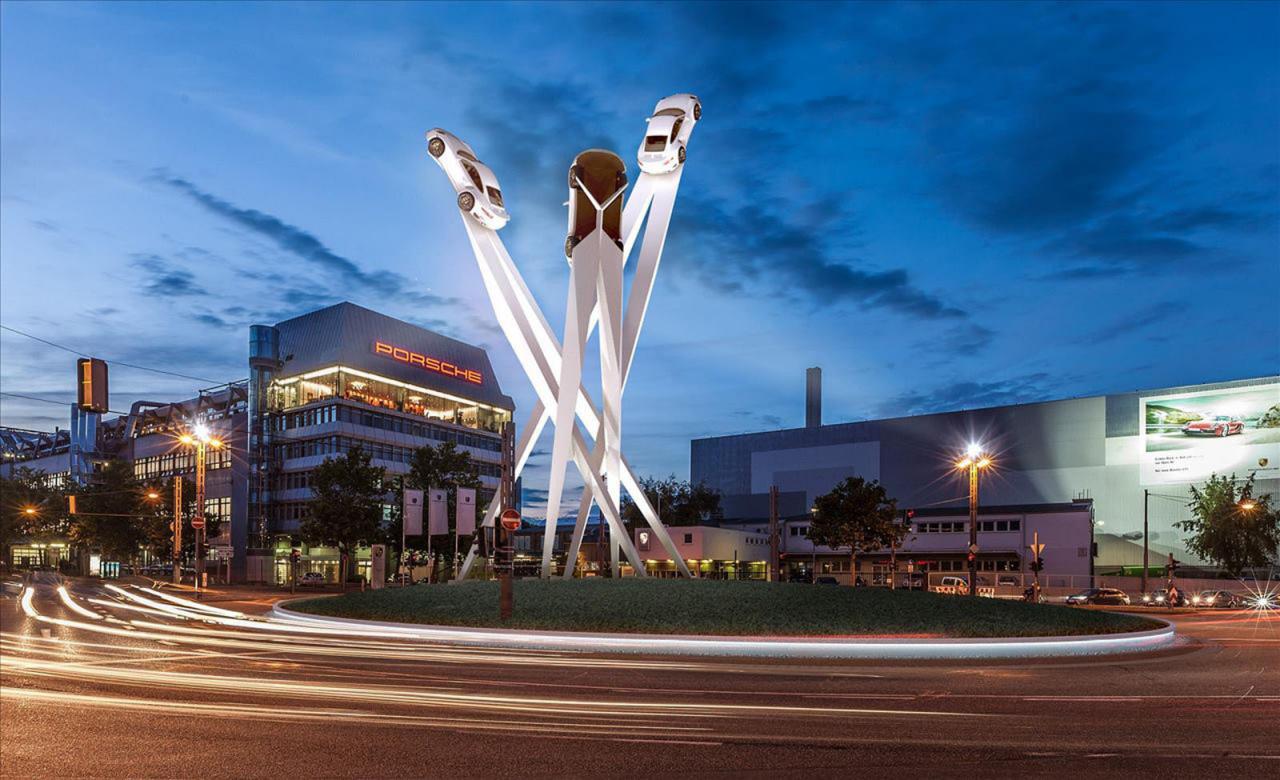 Porsche has lifted a little corner of the opaque veil that has, until now, blanketed the plans for a new 911 sculpture, intended to grace the Stuttgart district of Zuffenhausen in Germany. The state-of-the-art structure aims to be the visual highlight of the Porscheplatz roundabout, where the sports car manufacturer’s headquarters and museum dominate the traffic scene. 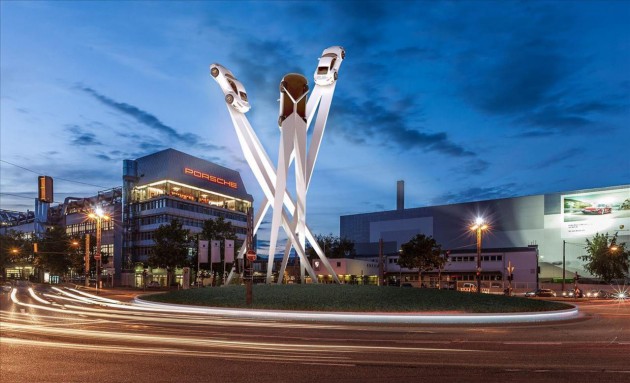 Anyone who attended the 2013 Goodwood Festival of Speed is bound to recognise the slender lines of Porsche’s wishful landscape marker. Three 911 generations, apparently driving straight out of the ground on glistening white tracks, was exactly what visitors of the motorsport event could feast their eyes on near Goodwood House in West Sussex, England.

The German version means to display proud symbols of the 911’s finest hours, which have ticked away in Zuffenhausen for the last fifty years. These illustrious representatives will stop their race for the sky at a height of 24m, their metallic road ribbons sprouting up from a 10m-wide base. In order to reinforce the effect of the vehicle trio bursting through the soil, the Porsche team seeks to substitute a grass covering for the current roundabout gravel.

Today, the Environment and Technology Committee of the Stuttgart City Council and the Zuffenhausen District Council can scrutinise Porsche’s project in further detail. Construction works will probably take place in July and August 2015, so as to profit from off-peak travel times and thus ensure a serene summer traffic flow. An official inauguration ceremony will follow later that year.