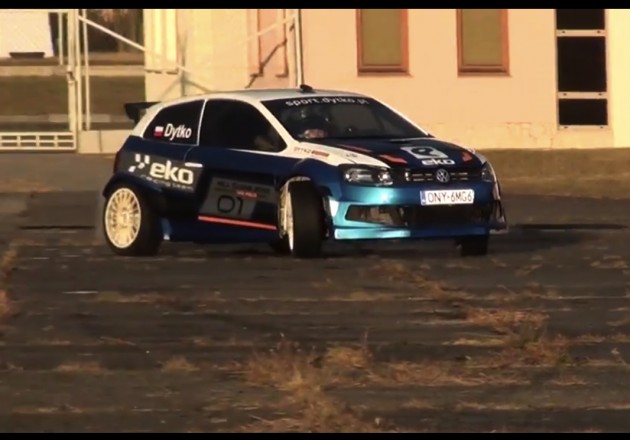 We’ve all wanted to create our own rally car, but this Eko Racing Team Dytko Volkswagen Polo just takes it to new levels. It features a full Polo WRC-style widebody kit with all the flares, vents and scoops for optimum downforce and cooling, as well as a completely stripped out cabin with an extensive roll cage system and racing bucket seats.

Underneath it all sits an all-wheel drive drivetrain, racing gearbox, and a turbocharged four-cylinder engine with 298kW of power (400hp). It helps the Polo do 0-100km/h in around 4.0 seconds. The engine, by the sounds of it, also features a proper, hairy-chested anti-lag system, evident by the spits, pops, and flames coming from the exhaust.

It sure looks like a little pocket of fun. Click play on the video below for some cool testing footage on an empty airfield. Nice work.