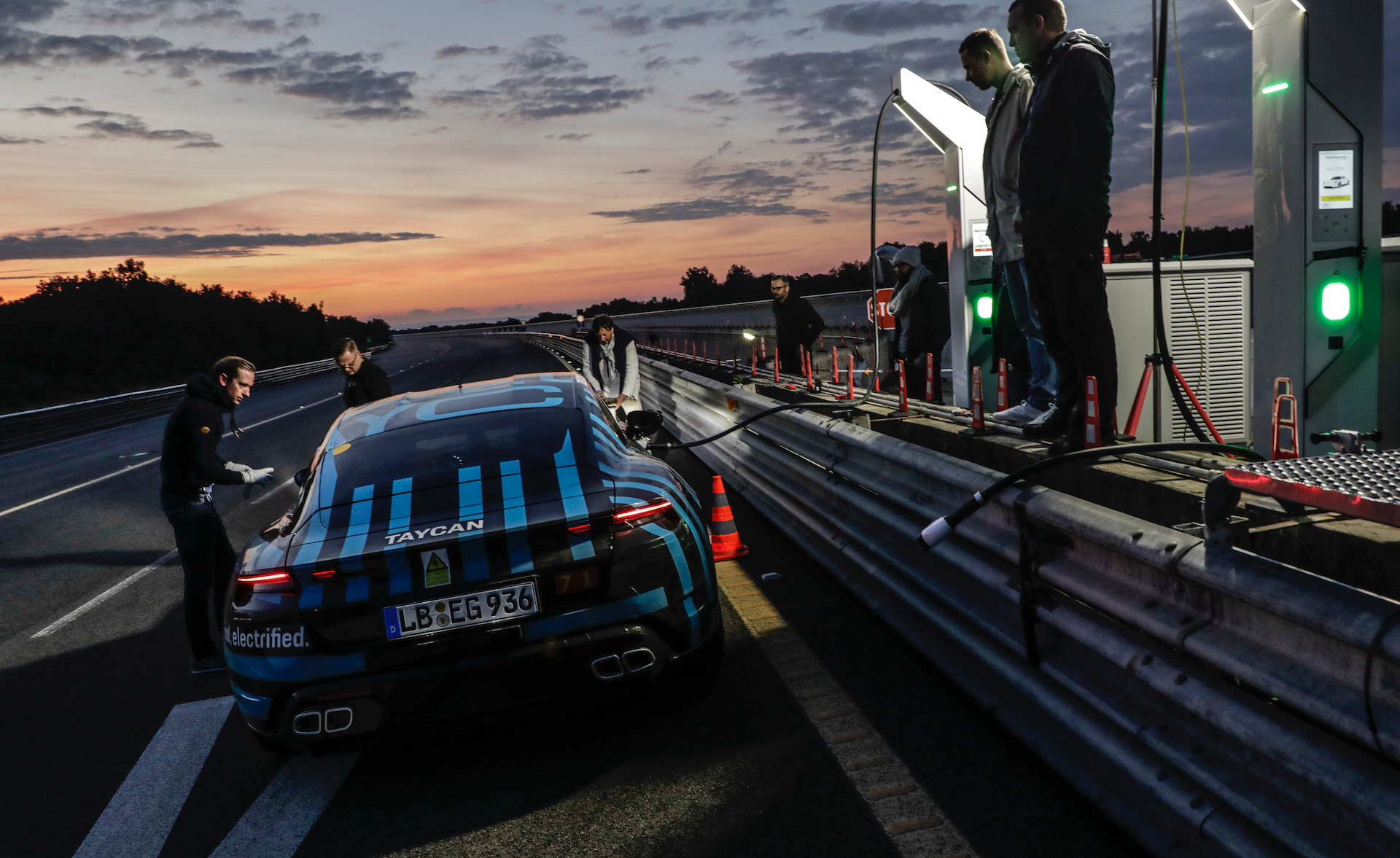 Porsche Taycan testing has moved to the famous Nardo test track in Italy, where a prototype was put through its paces for 24 hours of high-speed driving. 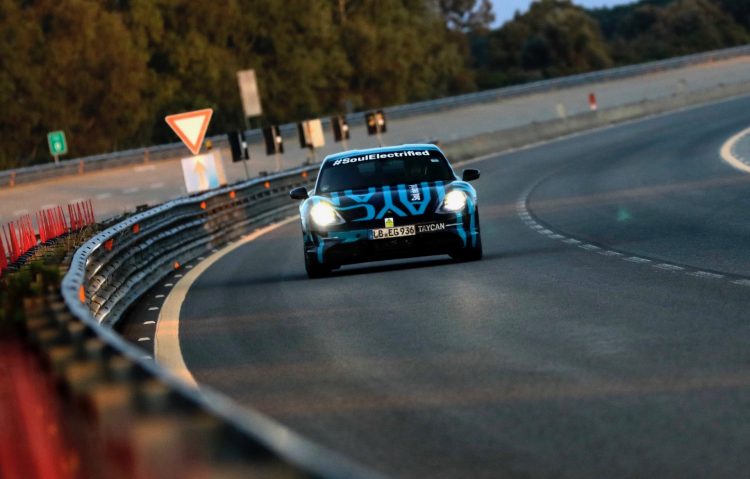 Yes, 24 hours of constant high-speed driving. Well, with the battery charged when needed, obviously. The purpose of the endurance drive was part of quality assurance tests, particularly in hot conditions. In fact, the peak temperature on the day was 42 degrees Celsius.

A team of six Porsche test drivers drove the electric sports car around the high-speed ring constantly, taking turns, totalling a whopping 3425km in just 24 hours. The average speed was between 195km/h and 215km/h, with the car proving not only to live up to the climate but also providing consistent performance throughout the ordeal. 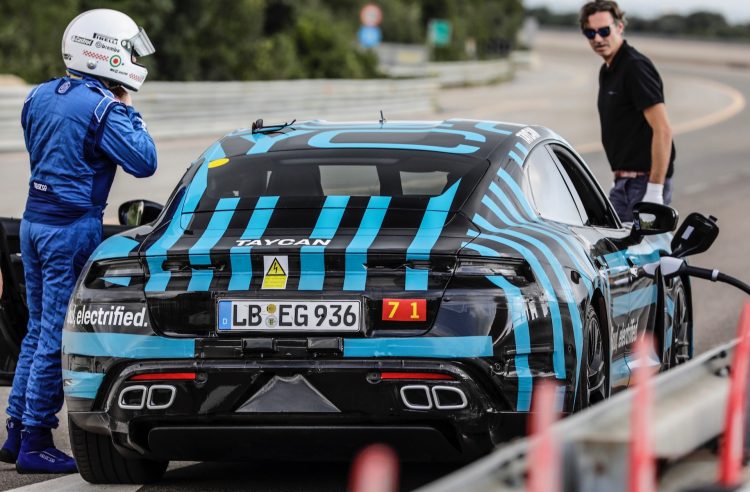 The Porsche Taycan uses as advanced thermal management system that constantly monitors and manages cooling and heating of the high-voltage components, remembering the Taycan uses an 800-volt system. With sophisticated thermal management, the car is able to produce consistent and repeatable performance, while also offering efficient charging. Stefan Weckbach, vice president of product line for the Taycan, said:

“The Taycan mastered this ambitious endurance run without any problems. The result achieved in Nardo highlights the advantages of the unique 800-volt technology and its high maturity level. Before the Taycan is launched on the market at the end of the year, we will have covered over six million test kilometres across the globe.” 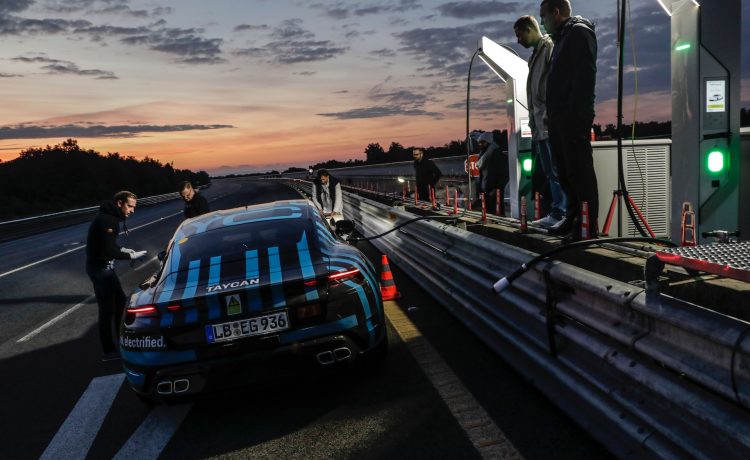 Most of the specifications have been confirmed for the Taycan, but details on the interior and features, as well as the design are yet to be fully revealed. As you can see by the prototype though, the Taycan will take the form of a four-door coupe, showcasing some of Porsche’s latest design cues such as a full-width taillight, but it will also bring in some exclusive details to separate it slightly from the rest of the showroom.

All will be revealed later this year. Porsche Australia has previously confirmed the Taycan will be offered locally. It’s nearest competitor at the moment is the Tesla Model S, although that’s not really regarded as a performance driver’s car.