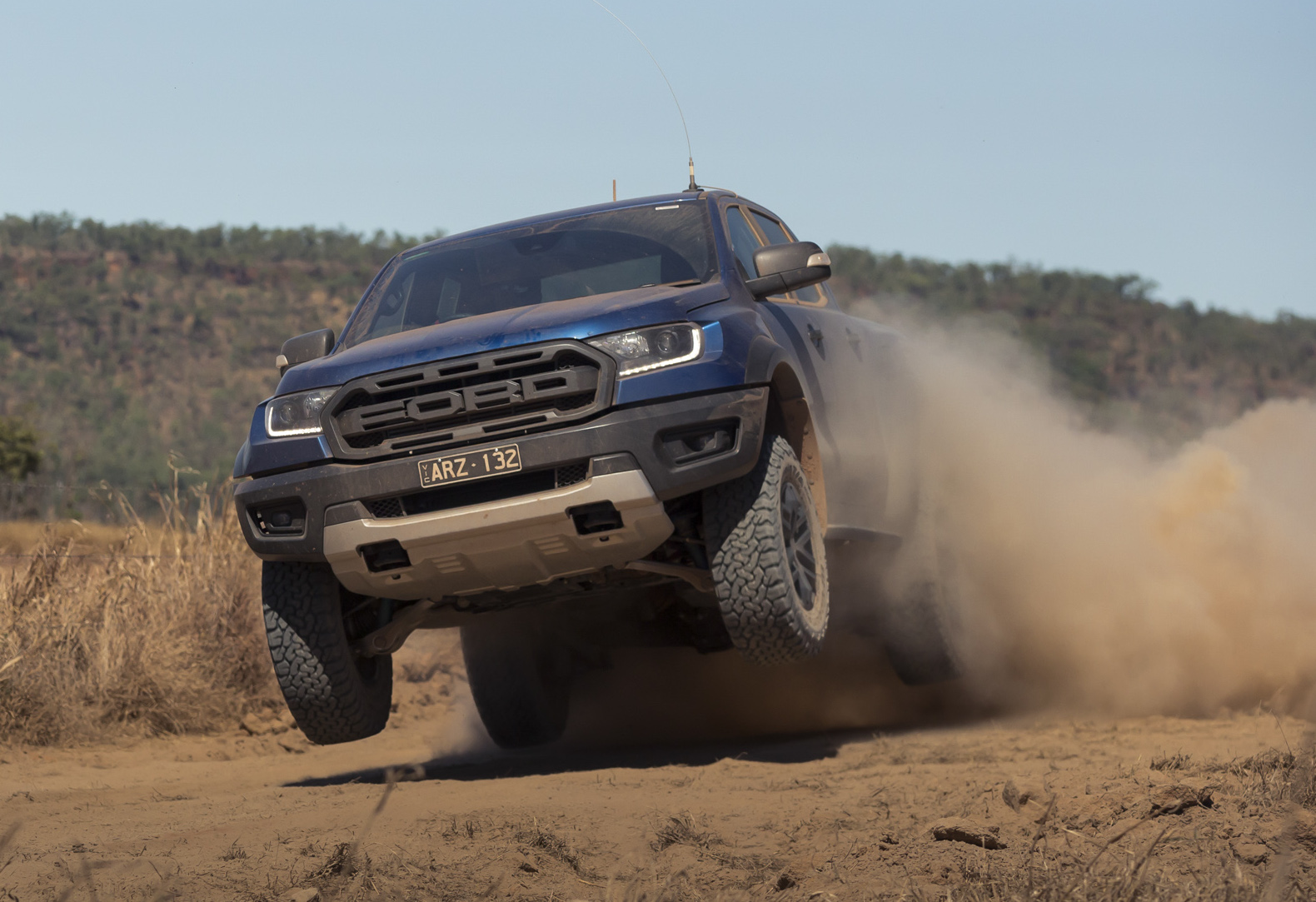 Ford Australia has launched the awesome new Ford Ranger Raptor. It comes in as one of the most hardcore, performance-inspired utes on the market, joining the likes of the HSV SportsCat and Toyota HiLux Rugged X. 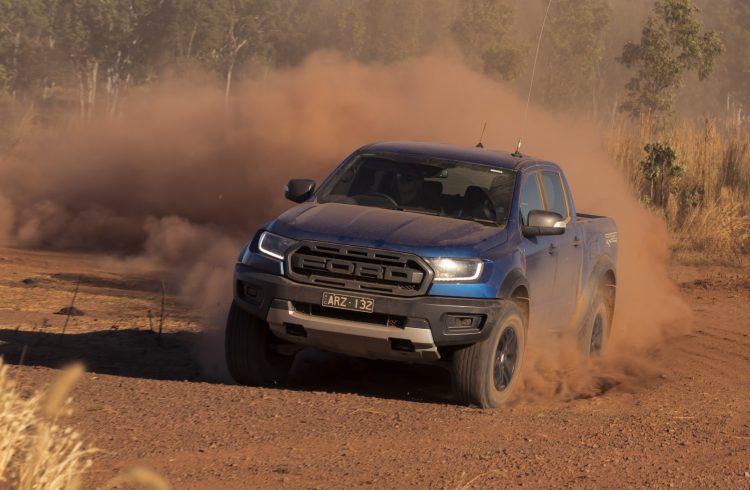 As revealed earlier in the year, the 2019 Ford Ranger Raptor is powered by a new 2.0-litre twin-turbo diesel four-cylinder engine, producing 157kW and 500Nm. It comes matched exclusively to a 10-speed automatic. This powertrain combination will also be optional on some of the regular 2019 Ranger variants when they arrive in September.

For the Raptor, Ford has applied a unique wide-body package to the dual-cab ute. It expands the overall track width by 150mm front and rear, with pumped out wheel arches and lots of heavy-duty under-body protection. There’s also rigid side steps which double as rock sliders, should the 283mm of ground clearance snag an obstacle.

Drivers are offered a range of driving modes which alter the Terrain Management System, including an exciting ‘Baja’ mode inspired by the rugged Baja rally. You might wish to enter such a rally in the new model, as it does come with some very hardcore components. 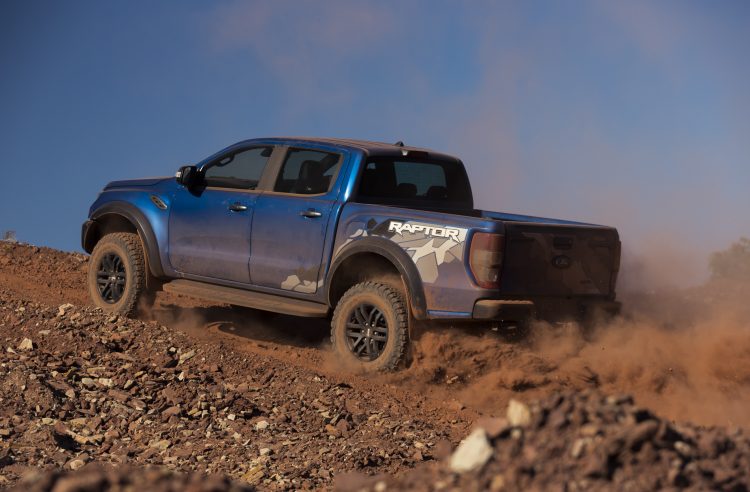 To ensure maximum flexibility over rough terrain, for example, the Ranger Raptor comes with Position Sensitive Damping technology by Fox. This suspension setup is designed to provide higher damping forces at full compression and rebound, and lower damping forces in the mid-travel area for optimum road comfort. There’s also a set of twin-piston front brakes and 332mm ventilated discs, with 332mm rear discs.

There are some enhancements for the interior, such as a unique steering wheel with a 12 o’clock red stripe, with bespoke sports seats trimmed in “technical suede” for maximum grip. Some contrast blue stitching is also used, with magnesium paddle shifters for the driver. A touch-screen interface with SYCN 3 software provides the in-car entertainment and connectivity.

Onlookers will immediately tell it’s a Raptor thanks to a peppering of ‘Raptor’ logos spread around the entire vehicle. Speaking about the new model, Damien Ross, chief program engineer for the Ford Ranger Raptor, said:

“The standout experience of the Ranger Raptor, hands down, is how far you can push it off-road versus any other available standard production road vehicle, and still provide amazing ride comfort on-road. Everything about the Ranger Raptor builds on the already outstanding sophisticated feel and functional capability of the Ranger, and then goes further. From a driving dynamics and fun standpoint, it is really an exceptionally special truck.”

Prices for the big beast start at a steep AU$74,990 (excluding on-roads), which makes it one of the most expensive dual-cab utes in the class. We’re sure it’ll be very popular among sports truck fans, nonetheless.