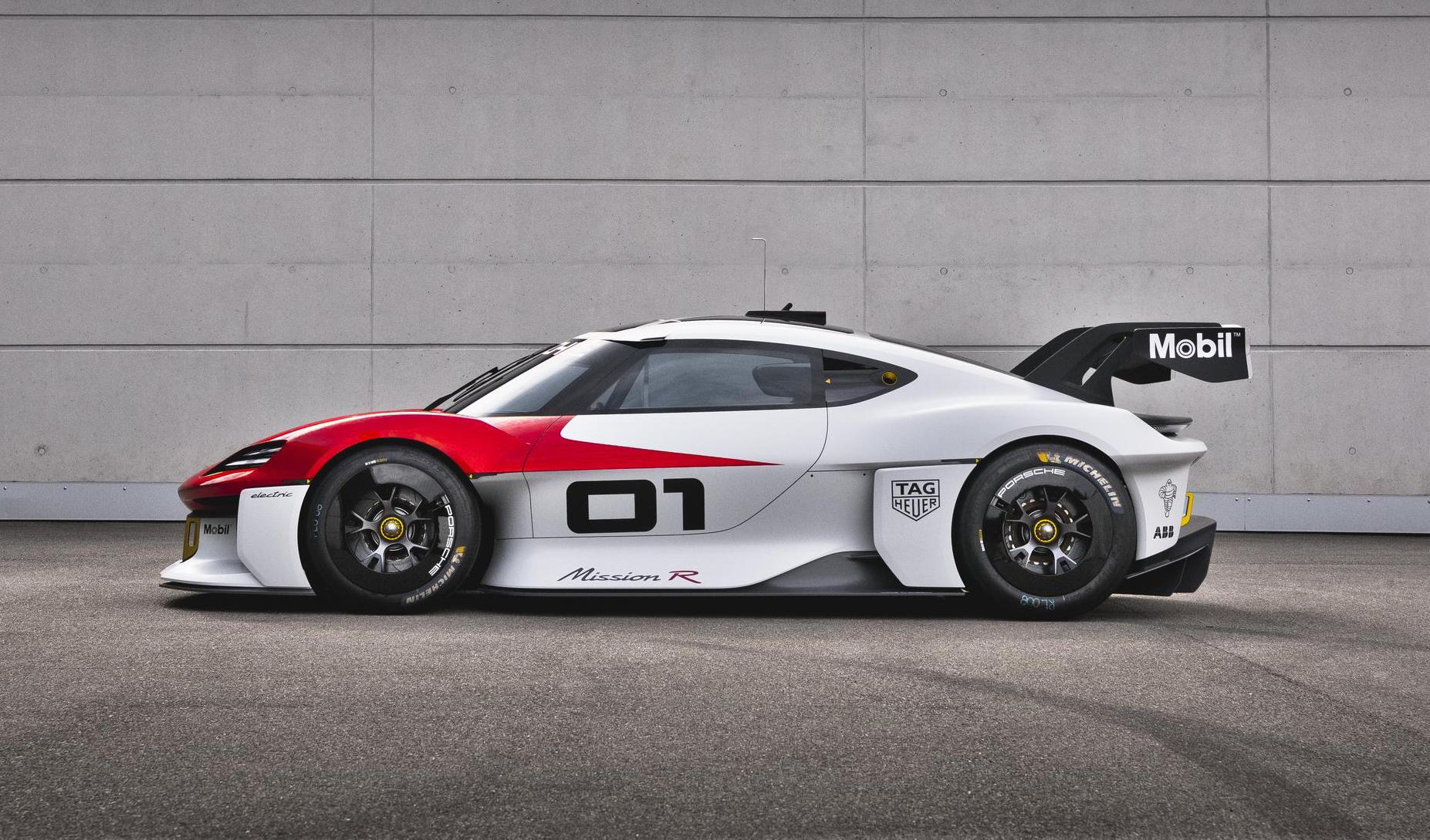 Porsche has taken the wraps off what the company believes is the future of customer racing, with the unveiling the hardcore all-electric Mission R concept study. 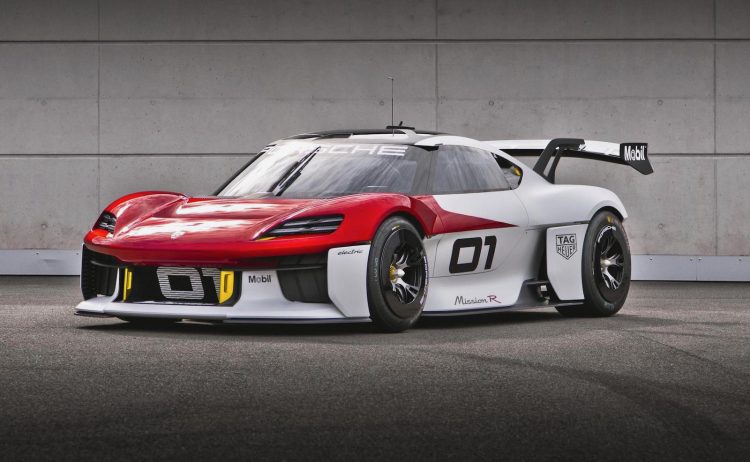 Headlining the Mission R’s spec sheet is the inclusion of two recently-developed electric motors that bring the combined output up to 800kW, with 320kW sent to the front wheels and 480kW thrown to the rear wheels for maximum speed on the track.

Power is fed to the two electric motors by an 80kWh battery pack, which features a new direct oil cooling system for both the electric motors and battery bank to provide a constant 500kW of power in race mode. This is designed to eliminate the thermal limits that can often restrict or de-rate power once temperatures rise.

Even more interesting is the fact that the Mission R’s 900-volt electric infrastructure can handle fast-charging up to 340kW, which translates to a 5-80 per cent state of charge in just 15 minutes.

Porsche says that the Mission R can accelerate from 0-100km/h in just 2.5 seconds, and has a top speed rated at more than 300km/h, providing a fast platform for customer racers in the future. The company is so confident in the Mission R’s ability, in fact, that Porsche says the car matches the lap time of the current-generation 911 GT3 Cup. 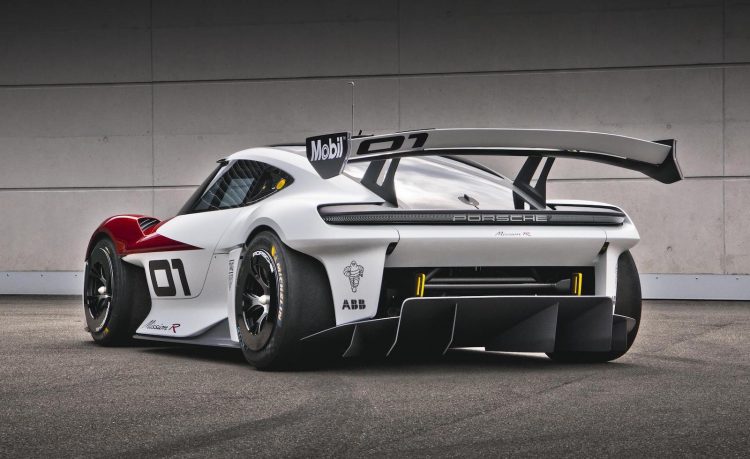 It measures in at 4326mm long, which makes it smaller than even Porsche’s baby of the range, the 718 Cayman, however the Mission R is both considerably wider and lower than the Cayman, measuring in at 1990mm and 1190mm, respectively.

The Mission R features a radical new aerodynamic package with active elements, and a drag reduction system for both the nose and rear wing, where three louvers over the front air intakes and two over the rear wing open and close for maximum efficiency.

A look to the future of motoring wouldn’t be complete with some added sustainability. Porsche is proud to say that it has experimented with some new materials in the development of the Mission R. The body is made predominantly from natural fibre reinforced plastic, which covers the front splitter, diffuser and side skirts, as well as the interior, door panels and rear bulkhead.

In terms of the chassis, Porsche has stuck with a carbon fibre composite monocoque to reduce weight and maximise stiffness and safety, with a new ‘exoskeleton’ roof structure serving as both the roof skin and safety cage. 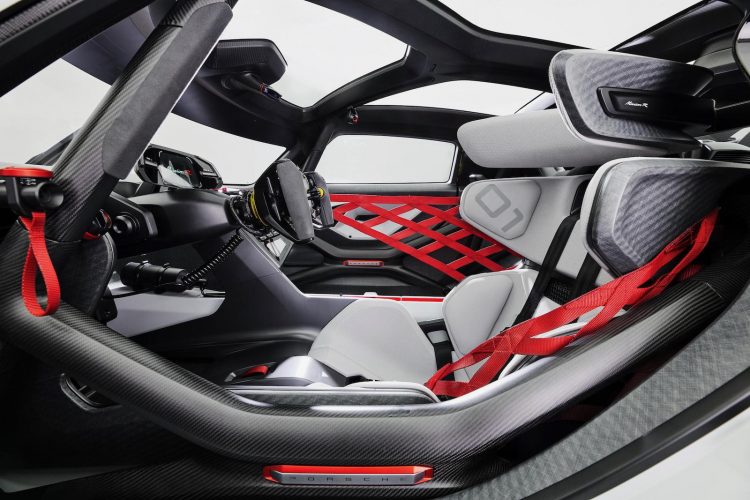 On the inside, there’s a monitor that show the views from the side mirror and rear-view cameras, combined with a touch display to the right of the dash, packaged in a stripped-out yet futuristic design.

The Mission R is making its official debut today at the IAA MOBILITY event in Munich, Germany. Chairman of the executive board of Porsche, Oliver Blume, said:

“In addition to our involvement in the Formula E World Championship, we are now taking the next big step forward in electric mobility. The concept study is our vision of all-electric customer motorsports. The Mission R embodies everything that makes Porsche strong: performance, design and sustainability.”