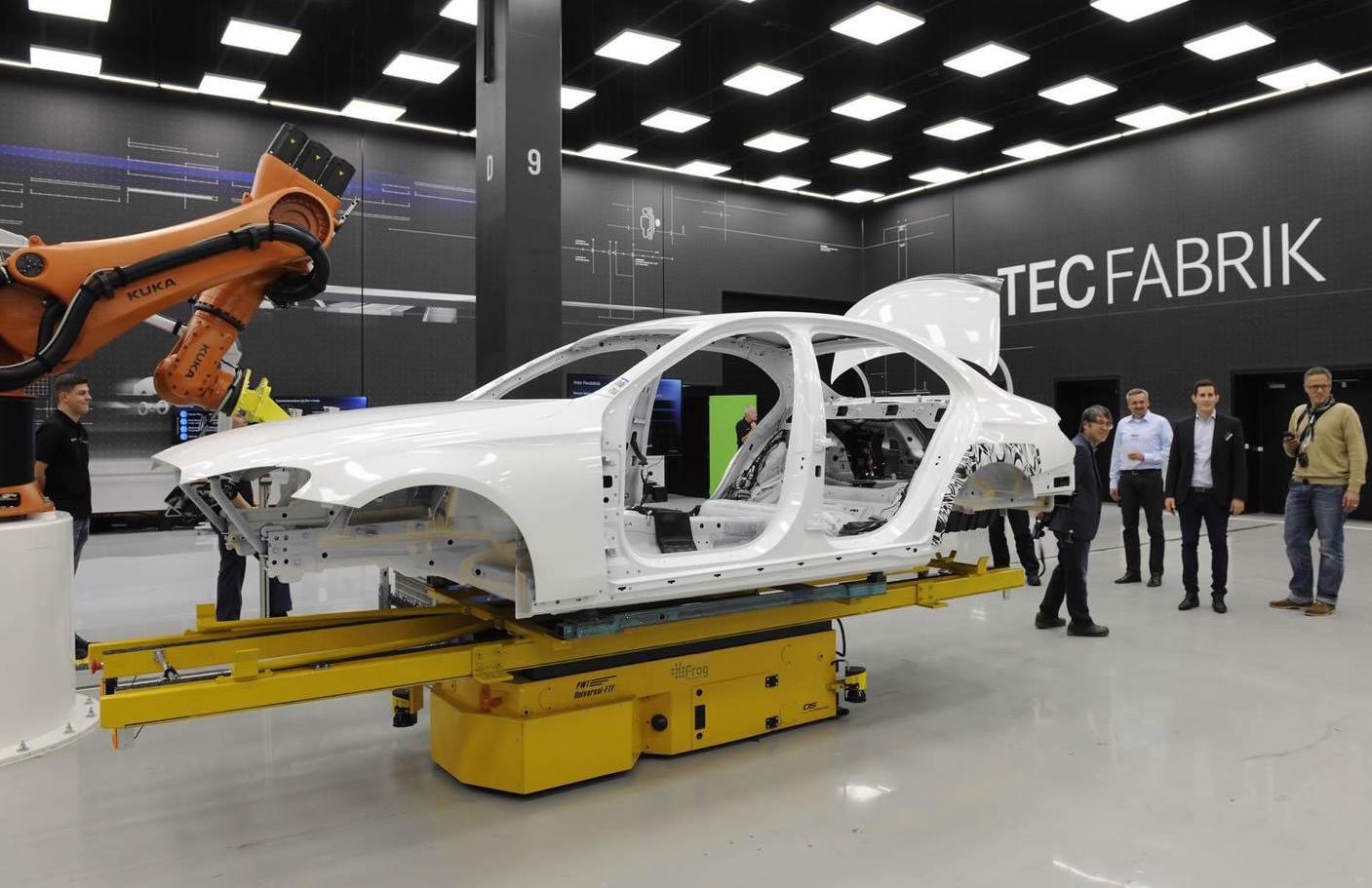 We’ve already seen a few very revealing prototypes doing the rounds, but now Mercedes-Benz has shed some official light on the next-gen 2016 E-Class in the form of showing the body and parts of the interior. 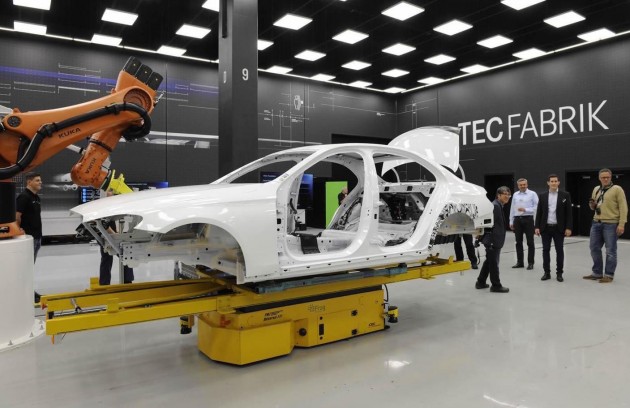 And we mean just the body; no doors or bumper bars or anything like that. Even still, you get a quick glimpse of the new shape while it’s being assembled by massive machines. It’s set to follow in the mould of the latest C-Class sedan in terms of design.

The new model will push the boundaries in the large luxury sedan segment in terms of safety and advanced technology. There’s been speak of autonomous-like functionality, as well as benchmarking levels of car communication and interactive capability.

As you can see in some of the images the 2016 E-Class will come with a large fully digital LCD instrument cluster, replacing traditional dials. The instrument cluster looks like it will spread right across to the middle of the dash to become part of the centre fascia too, complete with a separate screen.

In terms of powertrain options, the specs are yet to be confirmed but there’s been speak of everything from a new 1.6-litre turbo-diesel, to a range of fresh inline six diesels with two or more turbochargers, as well as of course an AMG version likely featuring a 4.0-litre twin-turbo V8 belting out well over 400kW.

The new model is expected to be revealed quite soon, further suggestive by the prototypes seen which don’t seem to be wearing much camouflage. We’ll keep you updated in any case.