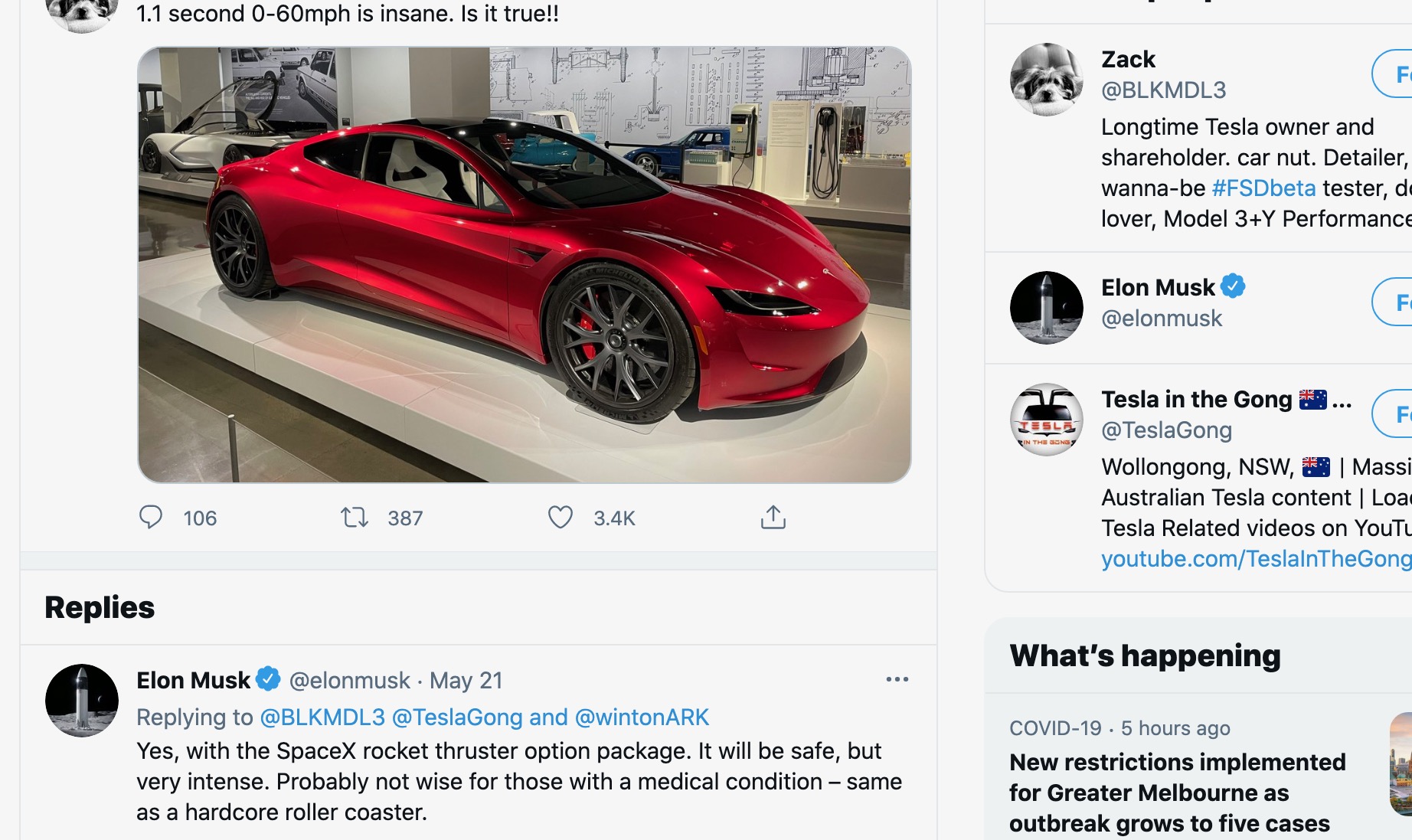 Elon Musk, Tesla founder, is once again stirring up excitement over a long-awaited product. This time it’s the follow up to its original Roadster, announcing some absolutely outlandish claims over its acceleration potential. 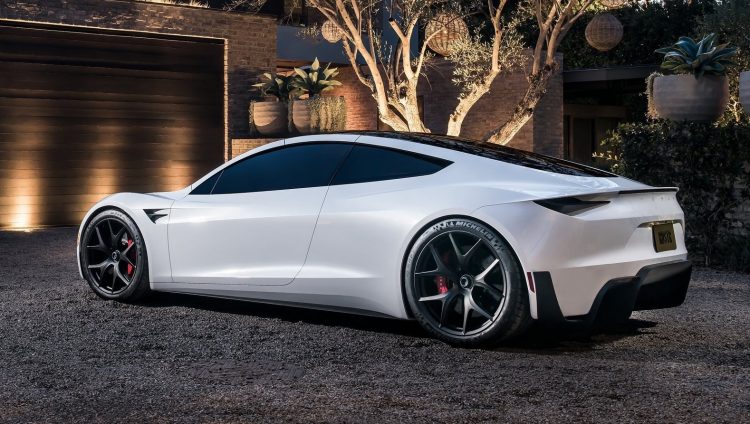 It all started when a keen-eyed observer noticed a ‘Roadster 2.0‘ on display, at the Peterson Automotive Museum, with a commemorative plaque claiming a 0-60mph (97km/h) sprint time of just 1.1 seconds. Some Twitter users questioned its founder directly on the social platform.

Musk, no stranger to the inner-workings of social media and drumming up excitement confirmed the ludicrous claims, stating that the 1.1-second sprint to 60mph is possible with the “Spacex rocket thruster option” package. See below: 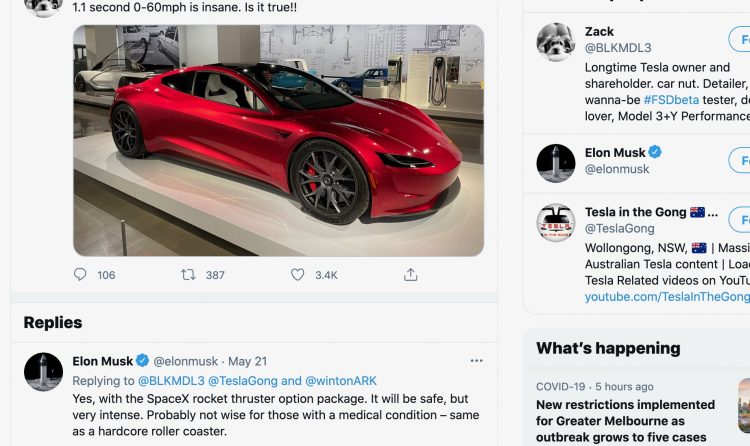 This is by no means the first bold claim that Elon Musk has made about Tesla, with many calling into question the repeated production delays that have seen the release of the second generation Roadster pushed back time and time again. Originally, the Roadster was set for a mid-2020 release, which now looks more like 2022 for the first deliveries. 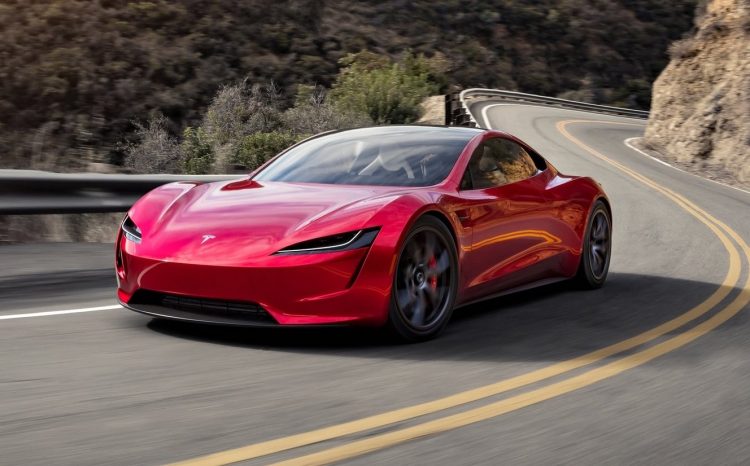 The car is set to offer some absolutely mind-bending and potentially questionable statistics. Namely, a 10,000Nm torque figure, 400km/h top speed, 0-160km/h sprint in 4.2 seconds, and a quarter-mile time of just 8.8 seconds.

Elon Musk has also claimed the Roadster will have a 200kWh battery pack offering 998km of range, with a three-motor configuration that features two electric motors over the rear axle and one over the front. Power is to be transferred via all-wheel drive. Whether or not these claims are realistic will become clear when the Roadster hits the road – hopefully – some time next year. 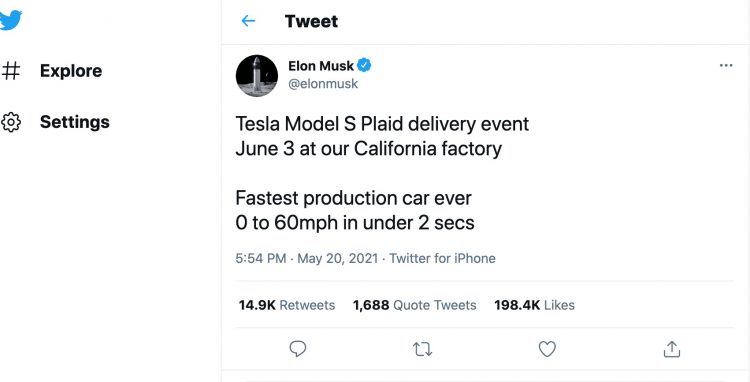 In related news, Musk also took to Twitter to confirm the Tesla Model S Plaid variant is set for a delivery event on June 3. He also claimed it is the “fastest production car ever”, with 0-60mph in under two seconds.