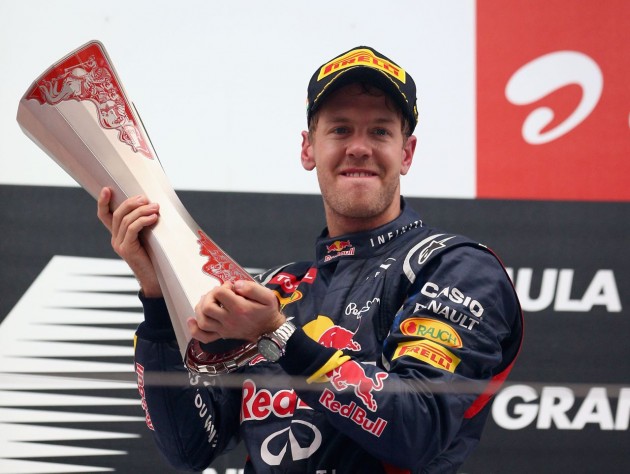 Webber’s Red Bull car had it’s KERS fail mid-race and only just managed to hold off McLaren’s Lewis Hamilton for the final spot on the podium. Webber said losing KERS essentially ruined his race and cost him second place.

“It’s maybe hard for people watching to know what it affects on the car,” Webber said after the race. “Its power on the straight obviously, but also managing brake balances and those sort of things.

“The (team was) trying to help me get the KERS to recover and were talking with me on the radio. In addition, when you have a one-stop race, it’s always a chance you have a front-right lock up.

“As the fronts are very important you need to look after them which can affect the rhythm a little bit, but I tried to stay as cool as possible.

“Overall, I was pretty happy with how I drove; we should have finished further up the road, but it’s the way it was today.”