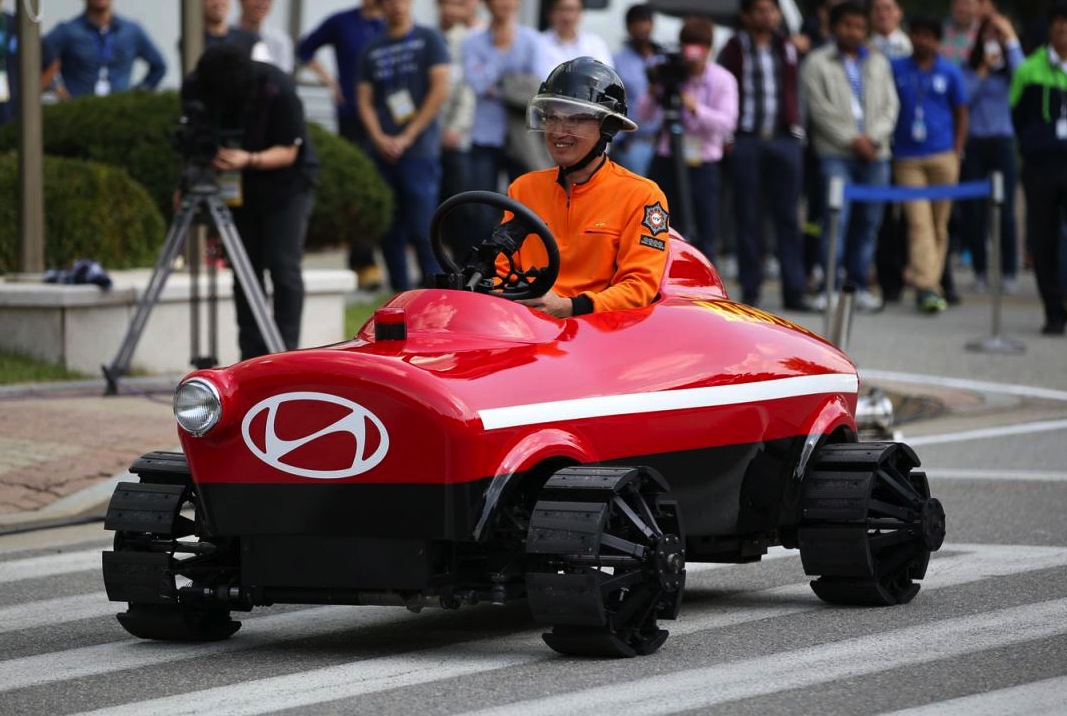 Hyundai is one of the world’s fastest growing car manufacturers in terms of sales, and it appears it is on the look out for new ideas that will help boost sales in the future. Just take a look at these four crazy concepts shown at the annual IDEA Festival in the company’s home country. 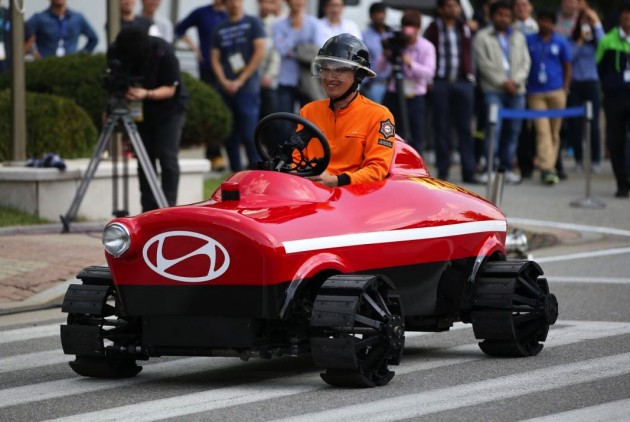 First up there’s the Length and Width; a concept vehicle that can fold vertically or horizontally to move through narrow spaces. Then there’s the Golden Time Rescue; it can change the shape of its tyres so it can be driven on all types of terrain for rescue missions.

Another is called the Hyundai Car-Meleon; it can flip personalities and turn into either a truck, sedan, or a recreational vehicle. And last but not least the the Carry U; which is actually a luggage bag that can turn into a scooter-like mobile vehicle to travel short distances when you’re on the go.

The IDEA Festival is built around Hyundai’s research and development team. The festival encourages employees to come up with fresh innovative ideas and technologies that could benefit Hyundai customers in the future. Who knows, some of these crazy concepts could inspire road cars down the track.

The winners’ concepts are to be taken around the world to various motor shows and Hyundai promotional events, showcasing their creativity and engineering skills. This year was the fifth year in a row the Hyundai-run festival took place, held at the carmaker’s Namyang Technology Research Center in South Korea.